FSU men's basketball prepares for return of athletics in June 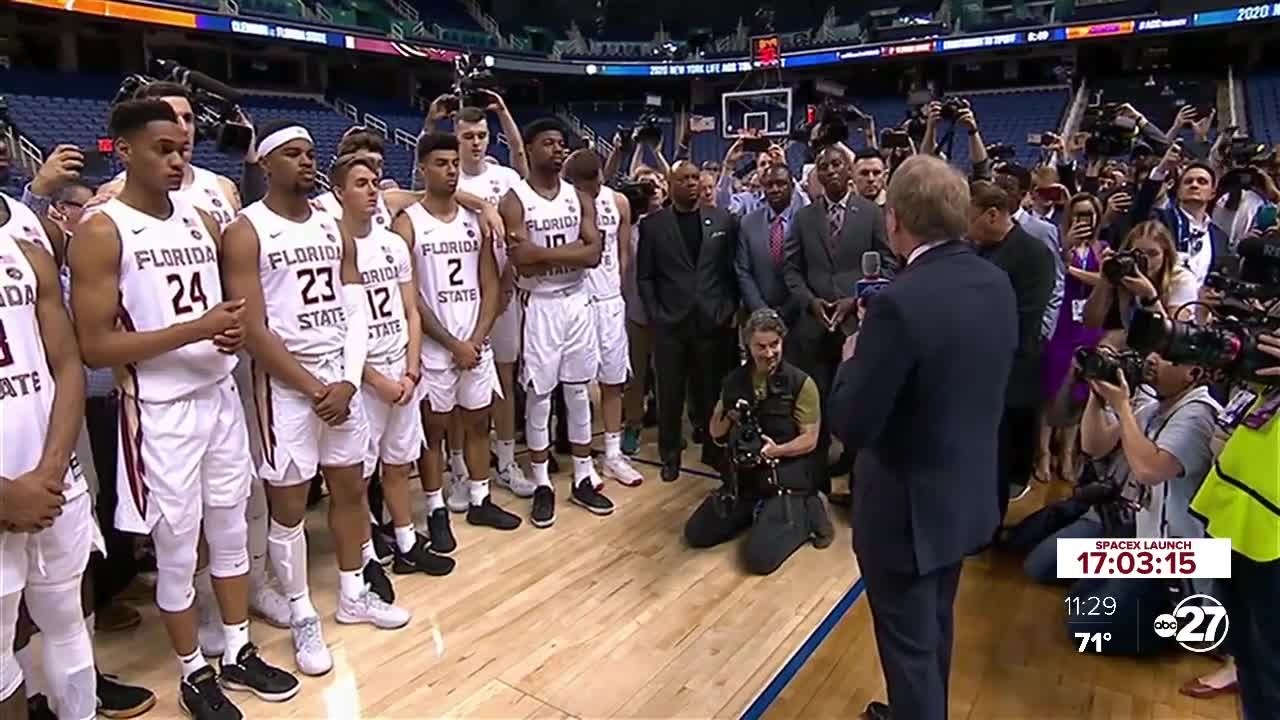 Florida State is planning for a "safe and sustainable return to campus for student athletes" sometime in June.

TALLAHASSEE, Fla. (WTXL) — Florida State is planning for a "safe and sustainable return to campus for student athletes" sometime in June.

What that looks like, we don't know yet. But, football and men's and women's basketball players will be allowed to start working out again.

Florida State head men's basketball coach Leonard Hamilton said while he tries to get a morning walk in every day, he's only been out to a public place a handful of times since the pandemic began.

Hamilton said when his guys return to Tallahassee and they're allowed to start working out they'll be prepared to handle their business. He added they're not stressed about it, they'll make it work with what they're able to do.

These things we're dealing with are basically out of our control. I try to tell our players and our staff, 'let's not worry about the things we can't control, let's concern ourselves with things which we can control.' Our kids are home. They have a group chat within themselves and they're on their workouts. Each one of them take a different day and they do virtual workouts. They do that on their own. I'm very proud of them for staying connected and communicating with each other. That's the family atmosphere. That's the culture we've created. I'm comfortable they're doing what they're supposed to do."

Hamilton said this team was extremely disappointed they couldn't compete in the ACC or NCAA Tournaments, and they are more than motivated to get back to work.