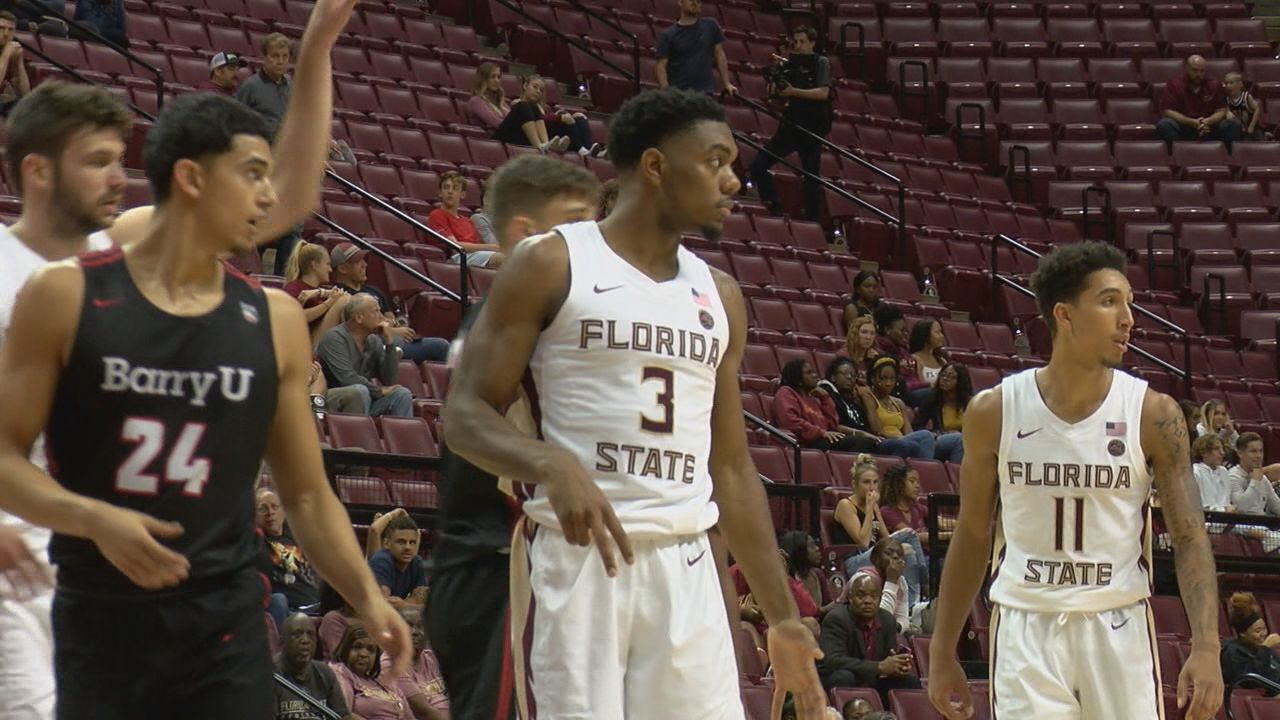 TALLAHASSEE, Fl. (WTXL) — The Florida State men's basketball team is now ranked in the Top 25. After two nail-biting victories over the weekend, one against #21 Tennessee, and the other against Purdue, the Seminoles are now sitting at #17 nationally.

However, that ranking does not seem to faze head coach Leonard Hamilton or players. Coach Hamilton said Monday that he is more concerned about where his team will be ranked at the end of the year than where they fall right now. "If you allow yourselves to let your emotions or your feelings be dictated by where you're ranked, that means when you're not ranked you won't feel very good about yourself," explained Hamilton. "So, this early in the season, those people who are voting, have not seen the teams play that they are voting for."

Hamilton added that the voters who rank teams will sometimes pick teams based off of tradition and if those teams have been ranked previous years. He said everyone has to just let things play out and to not be worried about rankings. "If you have teams moving in and out of, what you call, ranked positions, then that means they must not be very good because what they are predicted early in the season is not accurate.

Devin Vassell, a sophomore guard said the #17 in front of his team's name doesn't affect the Noles. "Every game, we come in, we treat our opponent with the same level of respect and we're ready as a team. We're ready for Indiana. We don't really look at the rankings, we just look at the next game."

Raiquan Gray, the sophomore redshirt forward agreed with Hamilton and Vassell. He said the team cannot win a national championship in November or January. "You don't win a national championship until the first weekend in April so that's the only thing we're focused on. Having our best team there and getting prepared for the first weekend in April."

Noles face Indiana University for another away game Tuesday night. Gametime is set for 9:00 EST.