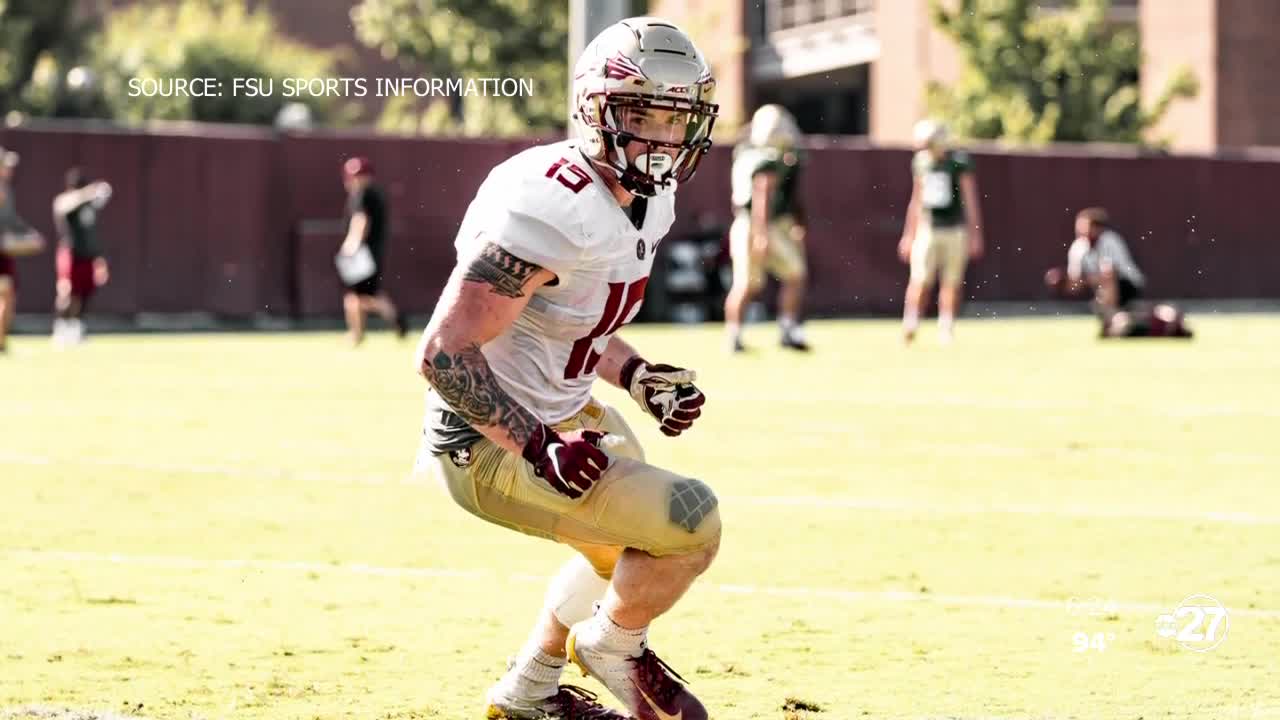 On Monday, Deonte Sheffield and Wyatt Rector went from being walk-ons for the Florida State football team to scholarship athletes. It's the result of a lot of hard work and a road that wasn't always easy.

TALLAHASSEE, Fla. (WTXL) — On Monday, Deonte Sheffield and Wyatt Rector went from being walk-ons for the Florida State football team to scholarship athletes. It's the result of a lot of hard work and a road that wasn't always easy.

"Coach Jimbo called, and Coach Kelly and Coach Graham, and they told my dad and me that I'd be on scholarship, but it'd be that spring," Sheffield said.

"I feel like it made me into the man I am today," said Sheffield.

Their journeys to Tallahassee may have started differently, but tight end Wyatt Rector and running Deonte Sheffield share similar stories in regards to being a Florida State walk on.

"On scout team, wherever they needed me to play that week," Rector said. "I played quarterback, running back, tight end. I even played tackle one practice!"

Being a walk-on isn't easy. It's twice the work with little reward. But for these two every step along the journey made them who they are today.

"I called my mom because that's my everything," said Sheffield. "She broke down and everything. God makes no mistakes. All the trials and setbacks and everything I had, it was part of the process."

"I ran down the stairs. I grabbed my phone immediately and I called my dad," Rector said. "I started breaking down again because it means so much to me."

Their journeys are full of twists and turns, but well worth the destination.

The Seminoles open the season in a little over two weeks on September 12.