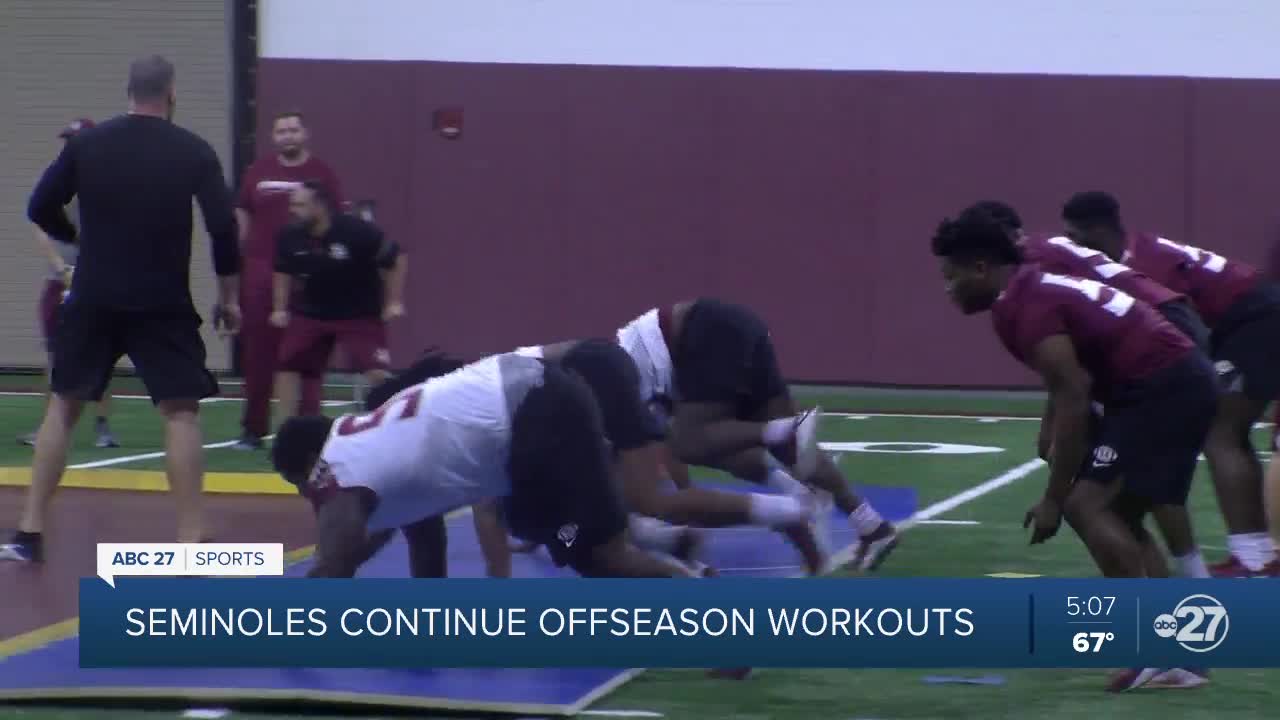 Spring practice doesn't start for another three weeks for the Florida State football team, but the Seminoles are already hard at work.

TALLAHASSEE, Fla. (WTXL) — Spring practice doesn't start for another three weeks for the Florida State football team, but the Seminoles are already hard at work.

Head coach Mike Norvell said this team still has a lot of work to do. This team has a way to go just to get used to the "Norvell Way."

It was muggy Thursday morning and Norvell said his guys didn't respond well, but it's still early.

If you've seen Norvell do anything, you know it's intense. Norvell said they record every workout, and you'll notice in the video the players are wearing different color jerseys.

He wasn't specific about what each one color means, but said the players are graded every day. Their effort, or lack thereof, warrants each jersey color.

Getting every player to buy in is what they're working on every day.

"There's guys that are doing an exceptional job performing at a very high level,” said Norvell. “And there are guys that are missing the minimum expectations of what we want to do. Everybody will be held accountable for our actions. All we can do is respond and get better."

Norvell said no one player is consistently showing leadership ability, but that will come in time.