FSU defensive line creates positives, but needs 'to be tighter' 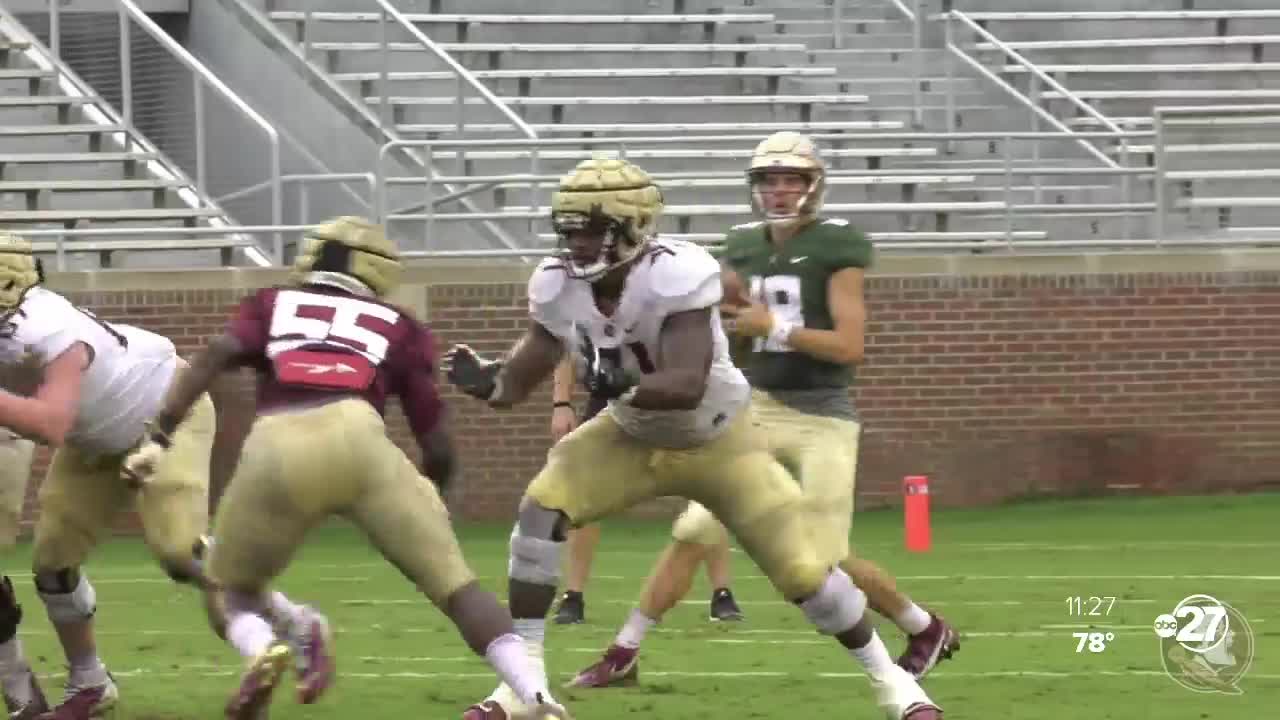 On paper, it was a good defensive performance but the coaches agree it wasn't good enough.

A couple of missed opportunities and blown coverages ultimately resulted in the Yellow Jackets' second-half push to win the game.

Both head coach Mike Norvell and defensive coordinator Adam Fuller acknowledge that Georgia Tech made some big plays on offense that were simply out of their control.

But when push comes to shove, the Seminole defense has to be the ones making the game-changing plays when their backs are against the wall.

"It's going to be the same in every game that you play," said Norvell. "That it will always come down to a handful of plays that will provide you with an opportunity to win big or to come up short."

"We got some red-zone stops and created some things that are always positive but, no, we weren't playing good enough," Fuller said. "We were a little bit loose with some things that we wanted to be tighter on all different levels."

Florida State has this week off before facing rival Miami on September 26, a game that you can watch on ABC 27.