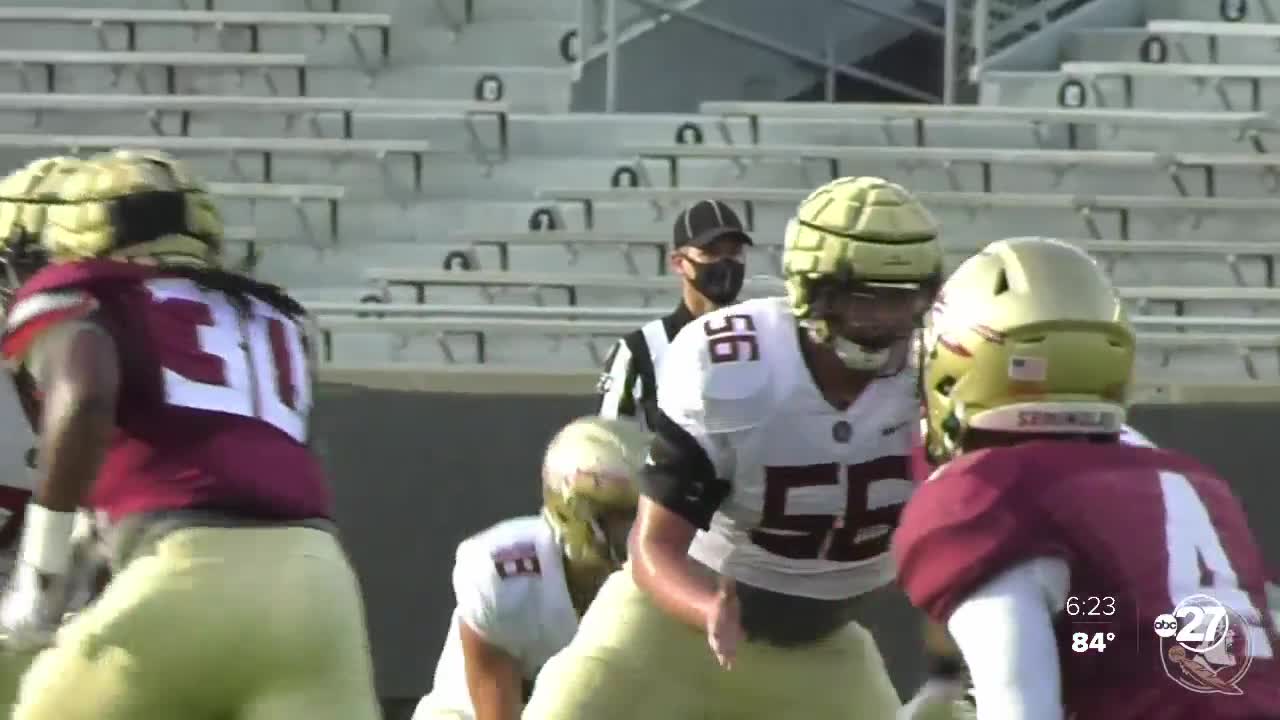 It's three weeks and counting until the Florida State football team's debut on September 12 against Georgia Tech.

TALLAHASSEE, Fla. (WTXL) — It's three weeks and counting until the Florida State football team's debut on September 12 against Georgia Tech.

The Noles had their first scrimmage over the weekend and were able to get more physical on Monday. Unfortunately, FSU is temporarily losing some players.

Wilson will apply for a hardship waiver to compete next season.

Head football coach Mike Norvell said he wants the guys to compete. He said they didn't do that Monday morning.

Norvell said not having a spring practice season is contributing to the disconnect between what coaches are looking for and what the guys are giving, but he says they will most certainly develop that tough mindset moving forward.

"You can't prepare to play this game by just going through the motions," said Norvell. "There's a way to do it. I've been a part of that my entire coaching career. I've seen it applied, I've been a part of helping develop that and creating that mindset and approach, and it wins games."

Norvell said Warren Thompson, the receiver who made allegations against Florida State regarding the safety of the student-athletes during the COVID-19 pandemic, is still a part of the program.

Norvell added the two spoke over the weekend and are moving forward.