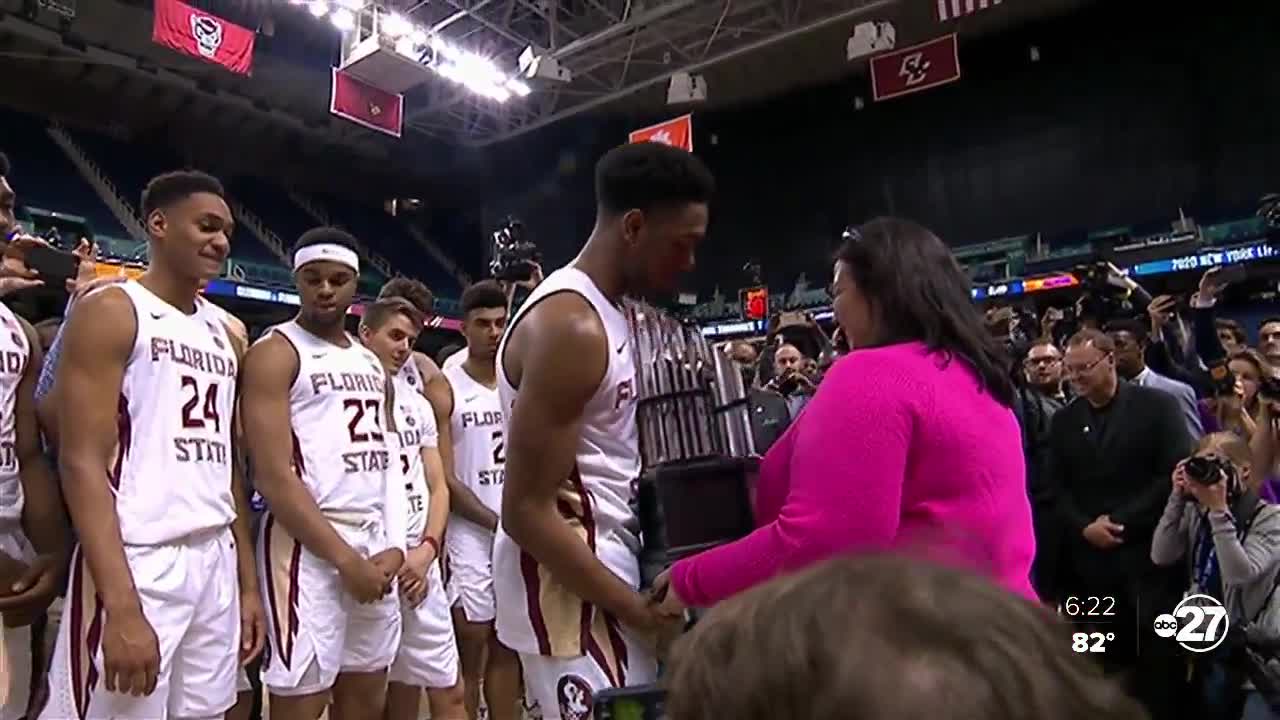 TALLAHASSEE, Fl. (WTXL) - Things did not end the way they were supposed to for the Florida State men's basketball team. The guys healthy, playing really well and fresh off that ACC regular season title heading into the ACC Tournament. To prevent the spread of Coronavirus, the sports world shut down. There'd be no more titles for this team to win. For the seniors, their season over. Trent Forrest has been a staple behind this team for the last four years, what Coach Leonard Hamilton calls a "stat stuffer."

ABC27 talked to Forrest Friday, who said it's been a weird week, but he's at peace with how his senior year came to an abrupt halt.

"Still at the end of the day, I really don't have any regrets," he said via Skype. "I was able to accomplish as much as I could with this team in the time frame we had. I don't have any regrets. Obviously you wish you could still play but at the same time, I don't want to be too down on myself because looking back I still had a successful career as an individual and as a team this year we had an amazing season."

Forrest said he plans on staying in Tallahassee while he takes online classes. He said he'll take a couple weeks off and then get back to work in the gym.