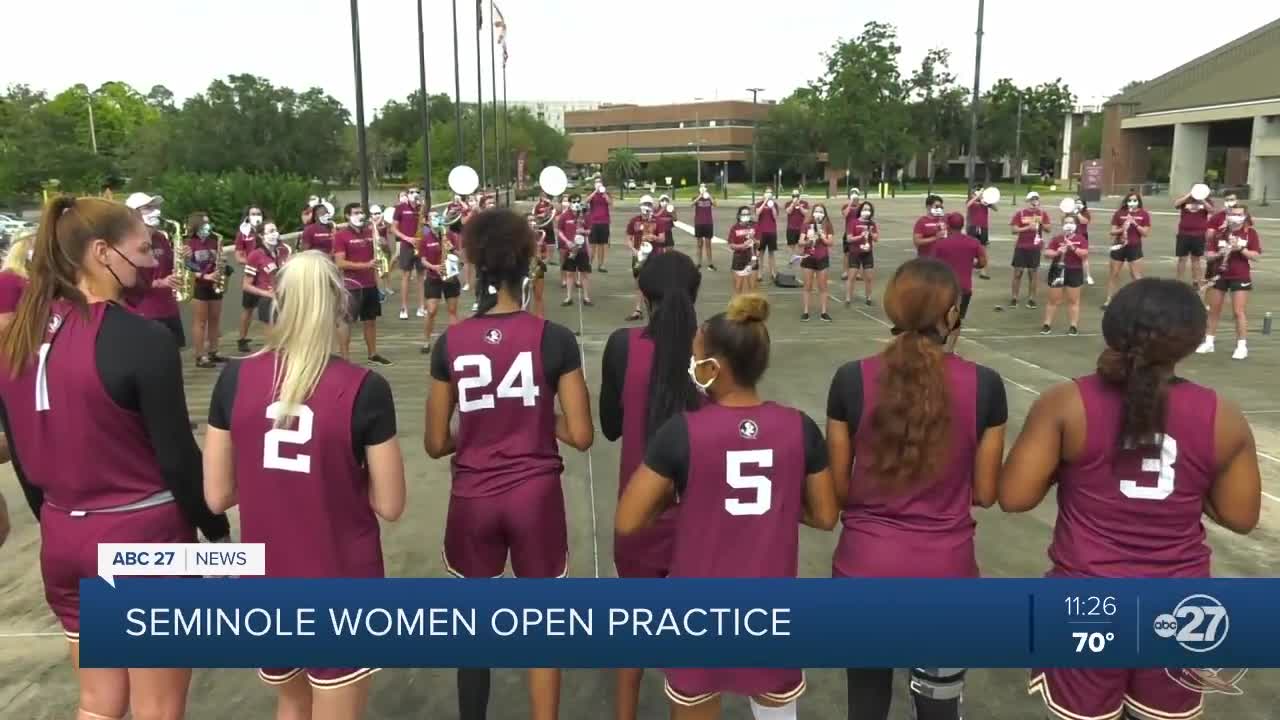 Practices for Florida State women's basketball team haven't changed much in the past decade or so, until 2020.

TALLAHASSEE, Fla. (WTXL) — Practices for Florida State women's basketball team haven't changed much in the past decade or so, until 2020.

A decade and a half long tradition, not threatened by COVID-19. When practice began Seminole sound was there.

One person was not in attendance on Wednesday though. Head coach Sue Semrau, who announced she would be taking a leave of absence this year to be beside her mother as she recovers from cancer.

Brooke Wyckoff, a former player, has been an assistant coach at Florida State for the last ten years is taking over the day to day duties.

Wyckoff said she feels ready for whatever there is to come, thanks to Coach Sue.

"She's let me develop and grow and have the freedom to make mistakes and find who I am as a coach," said Wyckoff. "Stepping into this role as a head coach, I'm still going to be learning who I am as a head coach, but she's really paved the way to give me an opportunity to already begin that development process."

Wycoff said as far as the season goes they don't know their schedule just yet. They're just thankful to be back on the court for right now.