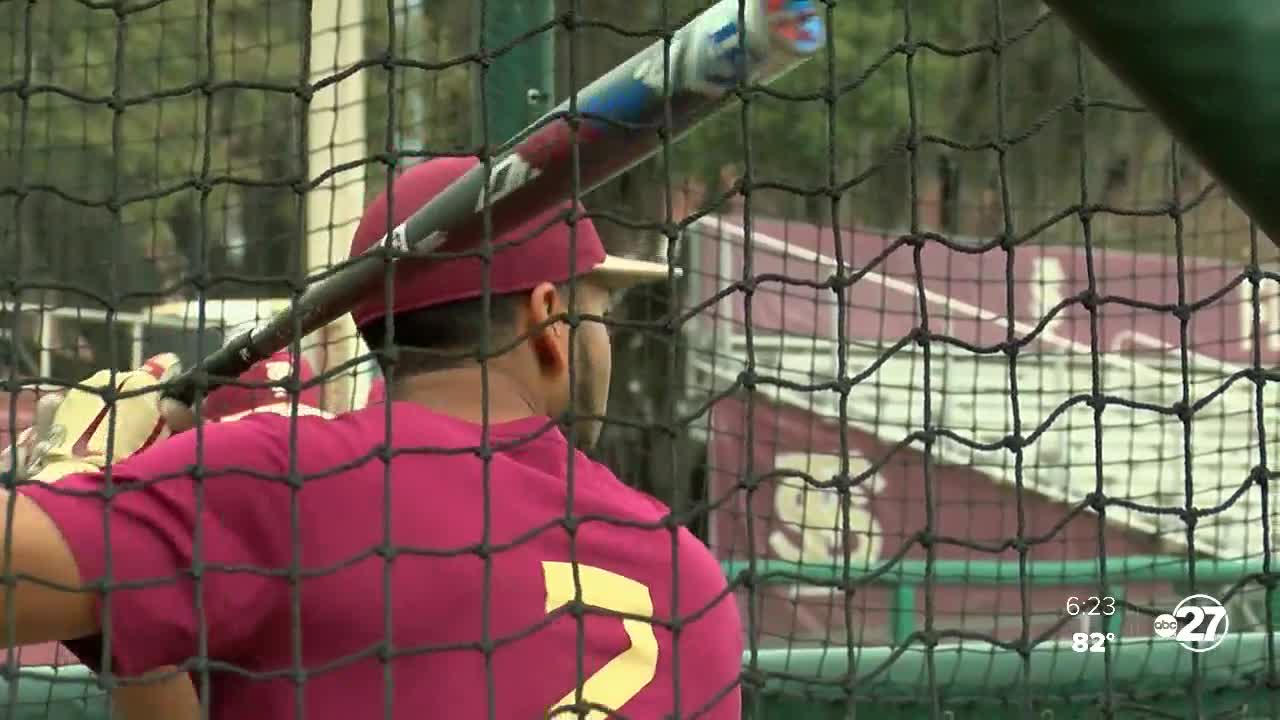 While there are more questions than answers right now, head coach Mike Martin, Jr. is trying to stay positive about the future.

Dick Howser Stadium should be filled with the the sounds of ball hitting leather and the ting of bats. Instead, the home of the Florida State baseball team sits empty, and when it will be filled again remains to be seen.

A bizarre reality that Martin, Jr. is still trying to come to terms with.

A week after a win over their biggest rival, the Seminoles saw their season come to a close.

"We were starting to get it and playing better and woulda, coulda, shoulda, there's a lot to it," Martin, Jr. said.

There's a lot to the future of this program. The NCAA confirmed last week that spring sport athletes will be given an extra year of eligibility.

How that happens and who it affects -- no one knows.

"Guys went from really devastated to alright, we can get the band back together and give it another whirl," said Martin, Jr. "For their mental psyche if you will, it was critical that they did that."

The future of this team is promising, but it doesn't help ease the fears of the right now.

"Not seeing the guys around and hearing stories of cases popping up in certain counties where my guys are at gives me the creeps," Martin, Jr. said. You want to do something, I want to help, I want to do this. You can't. That's what's really difficult."

Difficult times with a lot of questions.

Martin, Jr. said the guys have been given workouts to do with just their body weight, as many gyms are closed now. He said he's hoping to get them back in the summer, and maybe playing games.

There's been chatter of finishing this spring season come fall.