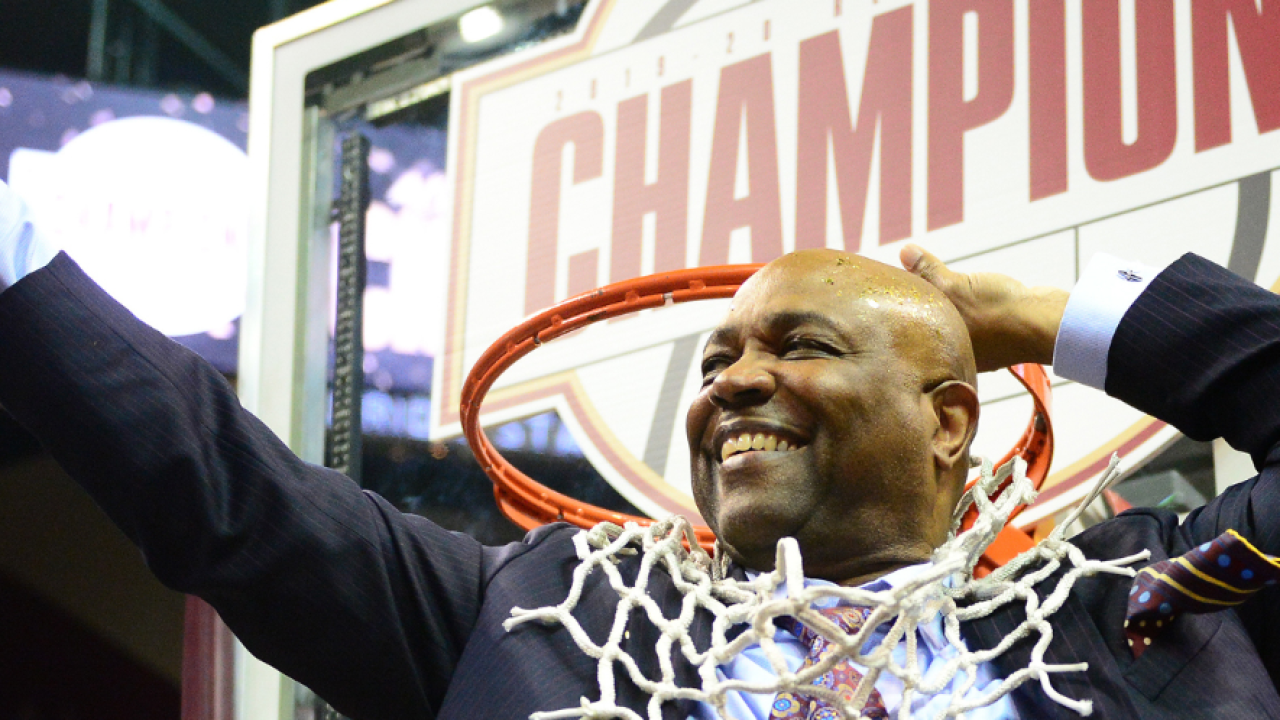 TALLAHASSEE, Fl. (WTXL) — Florida State men's basketball made sure their two seniors went out with a bang Saturday night. Not only did Dominik Olejniczak and Trent Forrest get standing ovations and their jerseys framed, but along with their teammates, they defeated Boston College 80-62 and then found out they were the ACC regular-season champions.

“We really, truly feel that because we are in the number one basketball conference ever assembled in the history of college basketball, that we have … the media has coined a new phrase, these are Blue Bloods," said head coach Leonard Hamilton. "While we were in the Dixie league and the independent, the Metro, all these conferences were formed -- The Big East, ACC. So we’ve coined our own phrase: we’re the New Bloods and we want to tag that on because we’re not going to catch up with the 80 years before us and the success that those guys had. So we’re fighting for our spot. We’re fighting for our position in the hierarchy of the most respected programs in the history of college basketball.

Virginia's win over Louisville is what sealed the deal for FSU to earn the regular-season crown.

After Saturday's win, after the banner was hung, after the distribution of the "ACC Champions" t-shirts, the two seniors talked to the media. Olejniczak, who came to Florida State for just one year, won the tip-off and scored the first basket of the game. He said he never imagined he would be an ACC champion.

"I chose this program because I knew that Coach Ham did a really good job at winning," said Olejniczak. "So, I knew, I'm like we're going to have a good season but didn't expect to be an ACC champion."

Forrest was in the same boat with his teammate, saying kids always dream about being an ACC champion. "You always have the dream. You talk about it, about winning the ACC championship, things like that," explained Forrest. "But I honestly didn't know. With Florida State being known as a football school traditionally, I didn't know. I just trusted the coaches when they first came to recruit me."

Olejniczak is from Poland, so his family has not been able to watch him play in person enough while he's been in the U.S. Coach Hamilton and the university made sure Olejniczak's family was in the stands for his final regular-season game. "The school helping me with that. I would not be able to do that on my own. Coach Ham was on top of it. I really really appreciate him for doing that for me. I've been in college for five years in the states, my parents didn't have a single chance to come and watch me every single game."

Forrest, who is from Chipley, Florida, received "Trent Forrest!" chants before tip-off Saturday. But after the chants died down, he said he had to give a speech to the team the night before. Forrest explained his speech was about thankfulness, and how he was able to get out of a "small-town mentality."

"Me being thankful of how far I've made it. And I feel like that's kind of what I've been able to do. I mean I do it for myself, obviously, but I try to do a lot of it for my people back home so they can see there's ways to get out of there, get out of that small-town mentality. You can do all the things that you really dream of."

What's next for the Seminoles is the ACC Tournament, which starts next week in Greensboro, North Carolina. FSU is the 1-seed for the tournament, and they will face the winner of #8 Clemson and #9 Miami on Thursday, March 12.