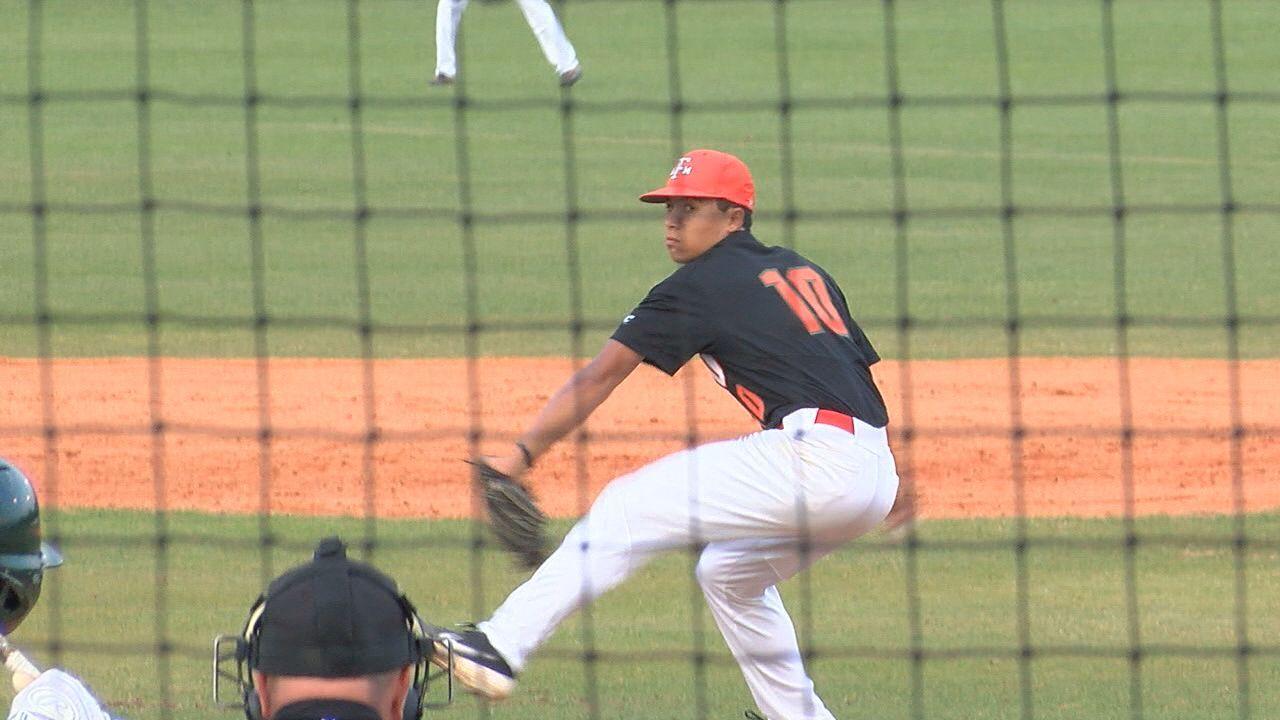 TALLAHASSEE, Fla. – Jacksonville University baseball came from behind to win at Florida A&M 5-2 on Tuesday.

FAMU struck first, plating two in the third. The first two men reached on a single and a walk, before a two-out double gave the Rattlers the early advantage.

After that, Temple was as efficient as he has been all season. The sophomore, making just his second start of the season, struck out a season-high six while working a season-long six innings. He allowed only one more baserunner after the third, a one-out single that was erased on a failed hit and run double play to end the fifth.

On the other side of things, the offense picked him up starting in the fourth. Cory Heffron reached on a one-out single, followed by a base hit from Jacob Southern. A walk to Cory Garrastazu loaded the bases for Duncan Hunter, who cut the FAMU lead in half, 2-1, with a sacrifice fly to center.

The Dolphins tied it at two in the fifth with a two-out rally. Scott Dubrule singled and advanced to second on a balk, scoring on Heffron's base knock to left center.

JU took its first lead in the seventh, when Heffron collected another hit, followed by more two-out magic. Garrastazu came through with hit to right and scored on Hunter's ground ball through the hole at second to make it 3-2.

The Jacksonville bullpen managed to keep JU in front. Two men reached on Nick Love in the seventh, but a big strikeout and a flyout ended the challenge. Again, in the eighth the Rattlers threatened, but after the leadoff man reached, Kevin Faulkner got one out on a sacrifice, and Zach Bryant picked up the last two outs of the inning on a strikeout and a flyout to strand the tying run in scoring position again.

JU tacked on the insurance in the ninth, when Heffron led off with his fourth hit of the game and scored on a high chopper to short that bounced over the shortstop's head into left. Garrastazu bunted his way on and Reagan Wright was hit by a pitch to load the bases for TD Walker, who drew a walk to drive in a run and make it 5-2.

Bryant worked a perfect ninth for his fourth save of the year.