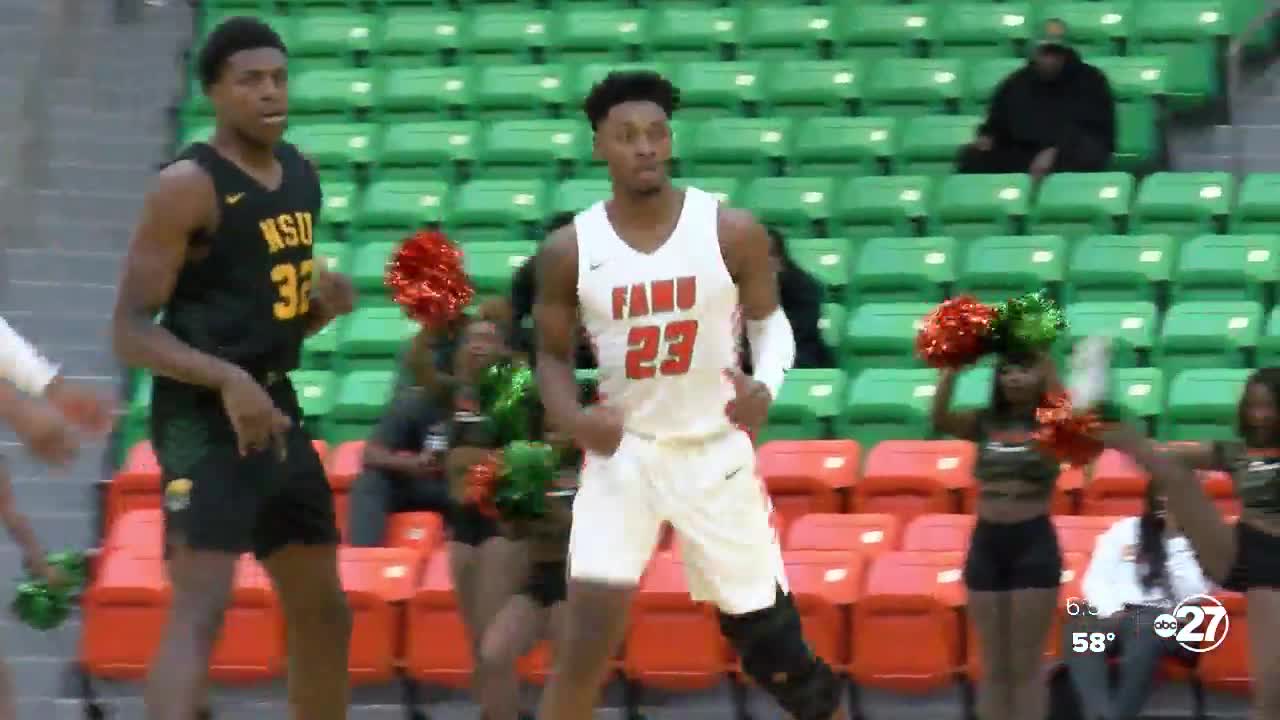 TALLAHASSEE, Fl. — The Florida A&M University men's basketball team remained unbeaten at home and snapped a 17-game losing streak to Norfolk State as the Rattlers defeated the Spartans, 66-63, in a Mid-Eastern Athletic Conference (MEAC) game on Saturday afternoon at the Lawson Center.

FAMU (11-14 overall, 9-5 MEAC) used stifling defense and clutch shooting to build an 18-point halftime lead and dominate the Spartans from start to finish.

Bryce Moragne tied a career high with 18 points, going 6-of-10 from the field. He also finished with seven rebounds and one block. Rod Melton, Jr. poured in 15 points, six boards and two assists, while MJ Randolph and Nasir Core each added 10 points. Randolph dished out a team-high six assists, along with four steals and four boards and Core pulled down a team-high eight rebounds, along with three assists.

The Rattlers built a 16-8 lead midway through the first half on the strength of Spartan turnovers and timely 3-pointers from Brendon Myles and Nasir Core.

Bryce Moragne stretched FAMU's lead to 10 and gave the Rattlers 19-9 lead with 9:37 left to play in the first half after converting an and-one.

NSU answered back with a three, but FAMU finished the final 7:51 of the first half on a 17-7 run, highlighted by back-to-back late buckets from deep, including a buzzer beater by Rod Melton, Jr. to put the Rattlers up 37-19 heading into halftime.

The Spartans pulled within single digits, going on a 17-4 run, to shrink the Rattlers advantage to 43-34 through the first 9:50 of the second half.

Evins Desir converted an and-one to put FAMU up 59-45 with 3:33 left to play, but the Spartans didn't go away quietly, however, as NSU pulled within three on two late free throws as time expired.

> FAMU grabbed 36 rebounds, including 24 on the defensive glass.

> NSU snatched 35 boards, with 22 coming on the defensive end.

> The Rattlers finished the game with 24 bench points, 14 points in the paint, 10 second-chance points and nine points off 12 NSU turnovers

> Florida A&M has faced two nationally-ranked programs so far this season – #10 Seton Hall and No. 21 Tennessee

Florida A&M returns to the Lawson Center to face South Carolina State on Monday for Senior Night. Tip-off is set for 8 p.m.