Rattlers take bite out of Aggies 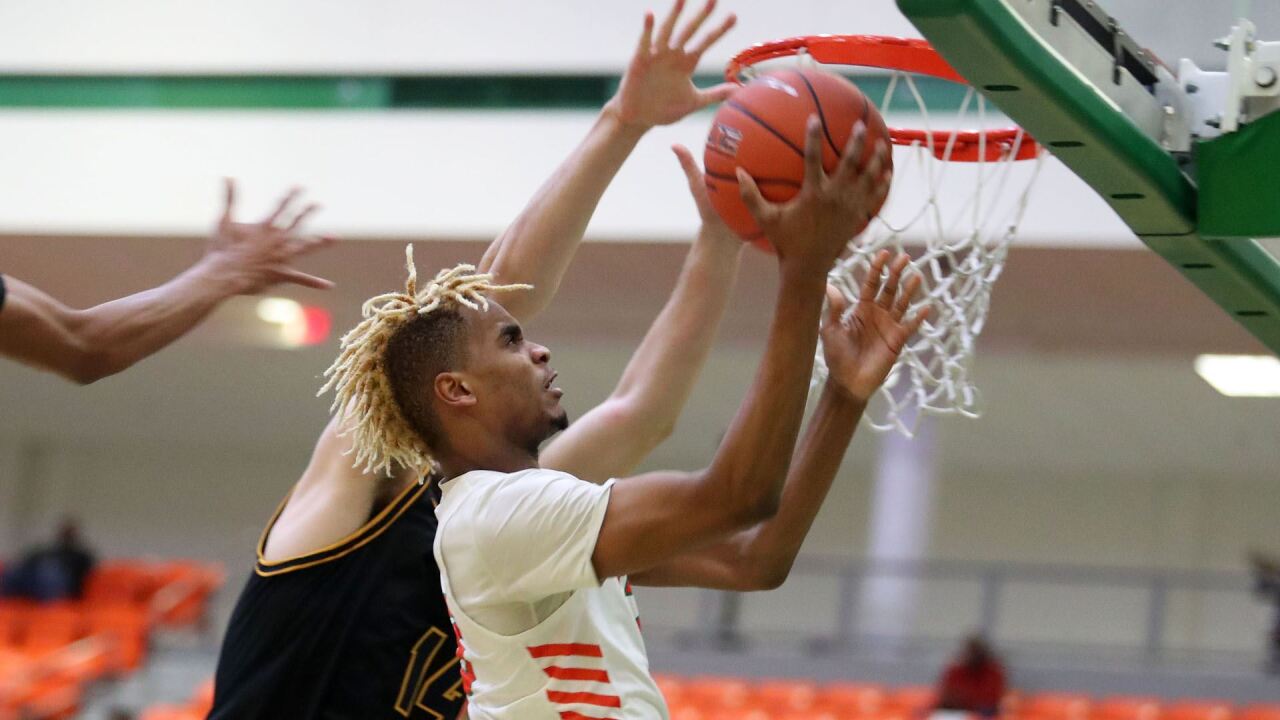 Florida A&M (9-13 overall, 7-4 MEAC) trailed 31-25 at the break as the Rattlers went the final five-plus minutes without a bucket. However, FAMU outscored the Aggies, 55-29 in the second half to pick up its third straight win and send North Carolina A&T State to its second consecutive conference loss.

MJ Randolph scored 12 of his game-high 18 points in the second half as he also added four rebounds, three assists and a pair of steals. Evins Desir scored 14 of his 15 points in the first half as he was 7-of-10 shooting, with eight boards, one steal and one assist. Brendon Myles tallied 12 points, two assists and one board, while DJ Jones chipped in 11 points, two boards, two assists and one steal. Rod Melton, Jr. registered a double-double of 11 rebounds, 10 points and finished just two assists shy of a triple double with eight, along with four steals.

How It Happened
Florida A&M started the game strong with a 10-2 run, capped by a MJ Randolph layup, with just over 17 minutes left in the first half.

North Carolina A&T State answered with a 12-4 run over the next five minutes, tying the game at 14 after a jumper by Ronald Jackson with 12:13 remaining.

The Rattlers got back-to-back buckets by Randolph as FAMU broke the tie and grabbed the 18-14 lead with just under 10 minutes left in the half.

Florida A&M stretched the advantage to 25-18 after a free throw by Evins Desir with 5:18 remaining, but North Carolina A&T State used a 13-0 run over the final five-plus minutes to take a 31-25 lead into the break.

A pair of free throws by Randolph tied the game at 38 with just under 17 minutes to play and the Rattlers used an 10-2 run over the next five minutes, capped by a DJ Jones two-handed slam, to grab a 48-40 lead.

Florida A&M extended the advantage to 51-42 after a three-point play by Brendon Myles with 11:29 remaining.

The Rattlers pushed the lead to 60-48 after a Randolph layup with 7:05 remaining and FAMU added to the advantage after a Myles layup, giving Florida A&M a 68-52 lead with 4:35 left.

North Carolina A&T State never got any closer than 12 in the final four minutes as Florida A&M remained unbeaten at home.

News and Notes
> Florida A&M avoided the season sweep with the victory on Monday
> The Rattlers improved to 5-2 at home against NCAT since 2011
> FAMU remained undefeated at home this season
> The Rattlers completed the three-game homestand at 3-0
> Florida A&M head coach Robert McCullum picked up his 30th win as head coach of the Rattlers
> FAMU improved to 18-8 during the Robert McCullum era at home
> North Carolina A&T State came into the Florida swing sitting atop the MEAC standings and will leave in third place as North Carolina Central and Norfolk State jumped ahead of the Aggies in the standings
> Major moves? North Carolina A&T State announced on Friday the decision to leave the MEAC and begin play in the Big South Conference beginning in July 2021
> Florida A&M has faced two nationally-ranked programs so far this season – #10 Seton Hall and No. 21 Tennessee
> FAMU picked up a signature victory on Dec. 31 against Iowa State (70-68)
> The Rattlers have only played six of their 22 games at home this season

Up Next
Florida A&M returns to action with back-to-back road games, beginning at 2 p.m. Saturday at Delaware State. The Rattlers conclude the road swing on Monday, Feb. 17 at Maryland Eastern Shore.