Rattlers hold off Wildcats in a thriller 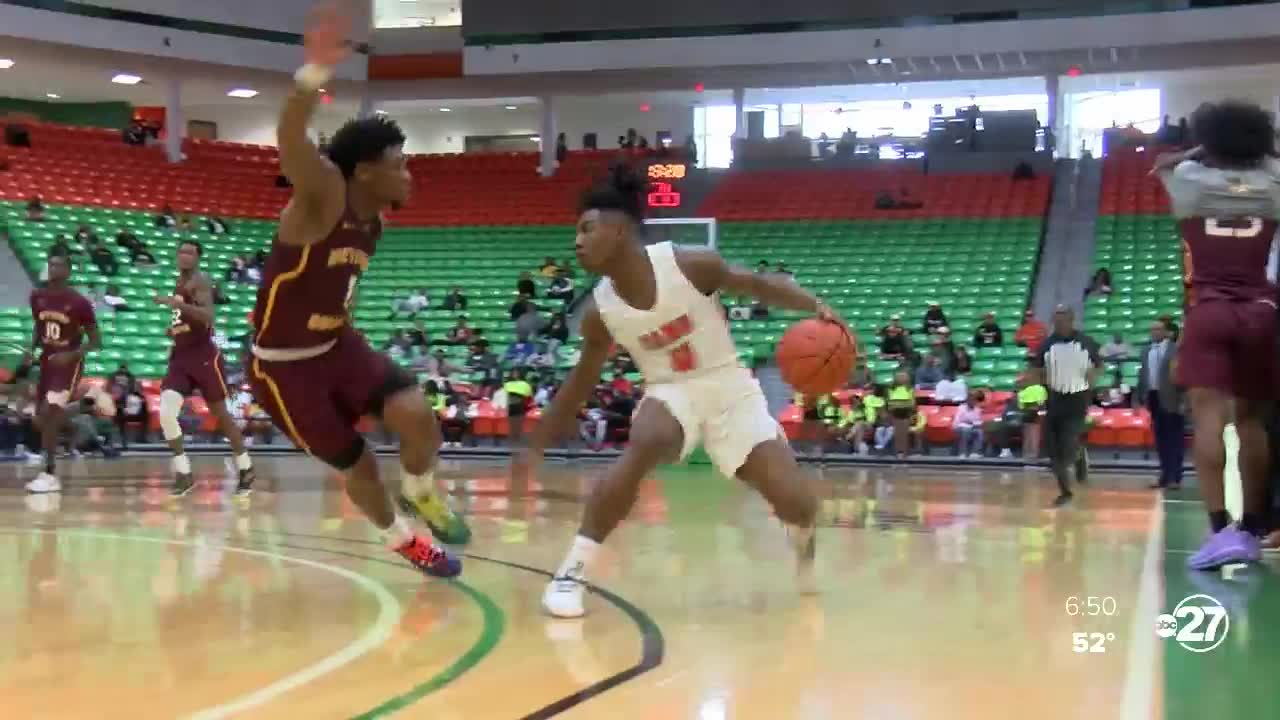 Florida A&M (6-13 overall, 4-4 MEAC), which saw its two-game winning streak snapped on Monday, went over four minutes without a bucket in the first half as Norfolk State took a 42-23 lead into the half. The Rattlers closed the gap to 18 points in the second half but could not get any closer.

How It Happened
Florida A&M led 10-6 after a Rod Melton, Jr. jumper with 13:24 remaining in the opening half, but Bethune-Cookman closed the gap to 13-10 after a bucket by Jordan Preaster with 12:05 left.

The Rattlers used a 17-5 run over the next five minutes to grab a 30-15 advantage after a Nasir Core three-point play with 7:42 left.

Bethune-Cookman closed the gap to 31-27 with just over two minutes left in the first half after a Preaster putback, but baskets by Evins Desir, Nasir Core and MJ Randolph pushed the margin to 37-29 with 40 seconds left.

However, the Wildcats finished the half strong with five straight points to cut the deficit to 37-34 at the half.

The Rattlers used a 9-4 run over the next two minutes to take a 64-57 advantage, but back came the Wildcats, closing the margin to 65-61 after a Redd layup with just under six minutes left.

A Wali Parks jumper trimmed the deficit to 67-65 with 3:15 remaining, but the Wildcats could not get any closer.

FAMU got a free throw by Randolph and a layup by Core to push the advantage to 70-65 with just over two minutes left.

A putback bucket by Preaster cut the margin to 70-67 with 1:52 left and set the stage for a thrilling ending.

Redd missed a potentially game-tying 3-pointer and Core was fouled with 29.5 seconds left. Core sank 1-of-2 from the free-throw line and on the ensuing offensive possession for the Wildcats, Redd missed a layup as Core came up with the loose ball and was fouled.

Core sank both shots from the charity stripe and Florida A&M picked up a 73-67 victory.

News and Notes
> Saturday's game was streamed live on FloSports
> FAMU defeated Bethune-Cookman at home for the first time since the 2012-13 season (75-67)
> Florida A&M improved to 99-63 all-time against Bethune-Cookman
> The Rattlers also improved to 43-16 all-time in Tallahassee against the Wildcats
> Florida A&M head coach Robert McCullum earned his second victory over BCU
> Florida A&M has faced two nationally-ranked programs so far this season – #10 Seton Hall and No. 21 Tennessee
> FAMU picked up a signature victory on Dec. 31 against Iowa State (70-68)
> The Rattlers have only played four of their 20 games at home this season

Up Next
Florida A&M will take a week off before returning back to action as the Rattlers play host to Howard on Feb. 8 at the Al Lawson Center. Tip-off against the Bison is set for 4 p.m.