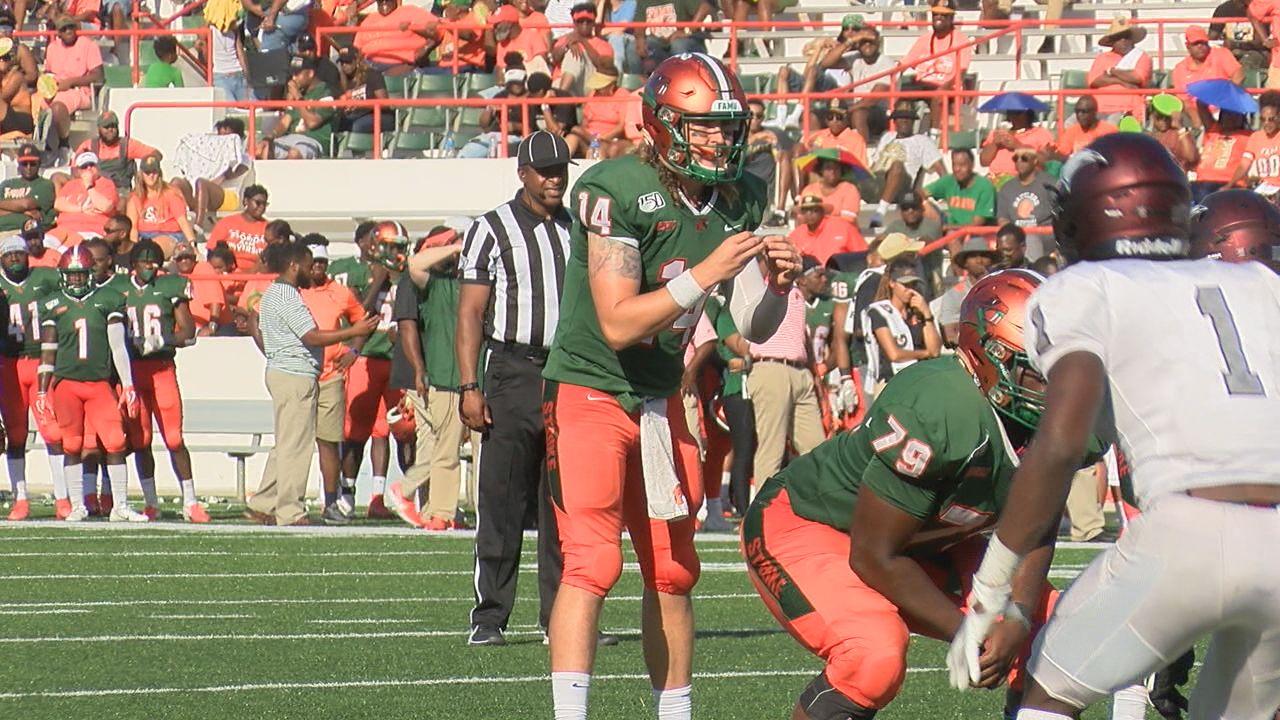 The Rattlers (4-1 overall, 2-0 MEAC) wasted little time putting points on the board. Florida A&M received the opening kickoff and went 65 yards in just four plays, taking 1:01 off the clock as Stanley connected with David Manigo for 22 yards to give FAMU a quick 7-0 lead with 13:59 remaining in the first quarter.

Florida A&M extended the advantage to 14-0 as Stanley found Marcus Williams in the left corner of the endzone with 8:01 left in the first half.

North Carolina Central tied the game at 14 as Ryan McDaniel caught an 18-yard pass from Richard to complete a 10-play, 89-yard drive with 6:53 left in the third quarter.

The score remained tied until the Rattlers completed a 9-play, 74-yard drive as Stanley found Smith for a 13-yard strike, giving FAMU a 21-14 lead with 7:57 remaining.

But back came North Carolina Central as Richard connected with Tyler Barnes on fourth for a 16-yard touchdown, tying the game at 21 with 4:25 left.

That set the stage for the epic final drive as Florida A&M marched 65 yards in 10 plays, with Smith diving in on a 2-yard touchdown pass from Stanley, giving the Rattlers the 28-21 advantage with just 32 seconds remaining.

The Eagles had one final chance, but Richard’s final attempt was picked off by Andrew Hines to seal the Florida A&M victory.