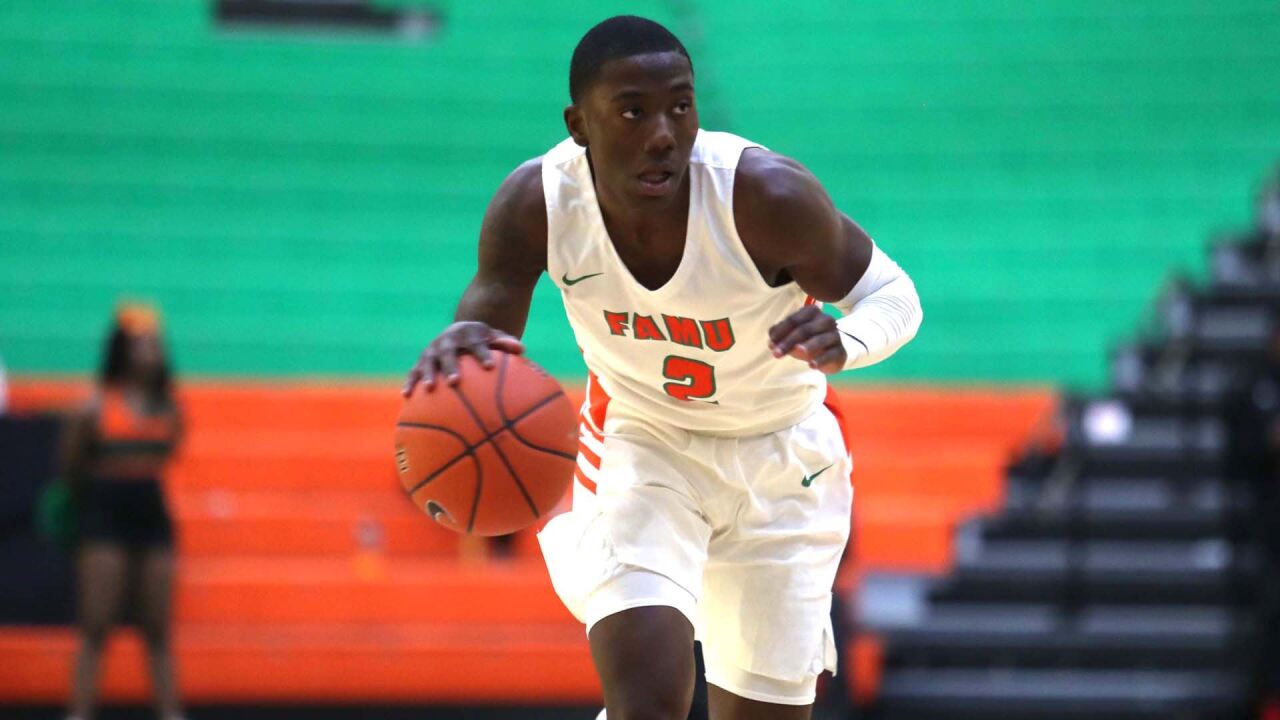 Florida A&M (6-13 overall, 4-4 MEAC), which saw its two-game winning streak snapped on Monday, went over four minutes without a bucket in the first half as Norfolk State took a 42-23 lead into the half. The Rattlers closed the gap to 18 points in the second half but could not get any closer.

Rod Melton, Jr. paced FAMU with 14 points, on 6-of-12 shooting, with four assists, one steal and one rebound. MJ Randolph registered 13 points, six boards, four assists, four steals and one block, while Evins Desir chipped in 11 points and six rebounds. Nasir Core posted 10 points, one board, one assist and one steal.

Jermaine Bishop led Norfolk State with a game-high 20 points, on 8-of-12 shooting, including 4-of-6 from 3-point range. He also added one rebounds, one assist and one steal. Joe Bryant recorded 15 points, four steals, four assists and four boards, while Steven Whitley came off the bench to provide 11 points, three boards, two steals and one assist.

How It Happened
Florida A&M grabbed an early 11-9 advantage after a 3-pointer by MJ Randolph with 13:37 remaining in the opening half, but Norfolk State used an 11-0 run, capped by an Efstratios Kalogerias layup, giving the Spartans a 20-11 lead with just under 10 minutes left.

The Rattlers got a pair of free throws by Evins Desir with 9:11 left, but a 3-pointer by Spirit Ricks pushed the advantage to 23-13 with 8:41 remaining.

The Rattlers closed the gap to 34-21 after two free throws by Randolph, but Norfolk State got baskets by Jermaine Bishop and Whitley, along with free throws by Chris Ford, to take a 42-23 advantage into the break.

The Spartans stretched the lead to 48-24 after a Bishop layup with 18:30 remaining, but the Rattlers got buckets by Randolph and DJ Jones to cut the margin to 48-30 with 17:12 left.

Norfolk State used a 16-7 run over the next five minutes as the Spartans extended the lead to 64-37 with just over 12 minutes remaining.

Florida A&M could not mount a rally during the final 10 minutes as Norfolk State remained perfect in conference play.

News and Notes
> Monday's MEAC game was televised live on ESPNU
> Norfolk State extended its win streak to 17 straight games over Florida A&M
> The Spartans lead the overall series, 22-9
> Florida A&M has faced two nationally-ranked programs so far this season – #10 Seton Hall and No. 21 Tennessee
> FAMU picked up a signature victory on Dec. 31 against Iowa State (70-68)
> The Rattlers have only played three of their 18 games at home this season
> Florida A&M has travelled 26,738 miles thus far this season, including the trip home on Tuesday to Tallahassee, Fla.

Up Next
Florida A&M returns to action with three straight home games, beginning on Saturday against rival Bethune-Cookman. Tip-off against the Wildcats is set for 4 p.m. from the Al Lawson Center and the game will be streamed live on FloSports.