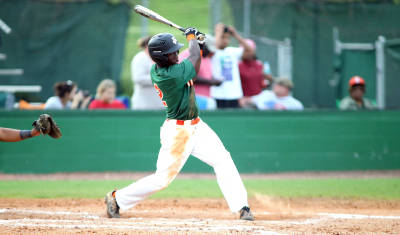 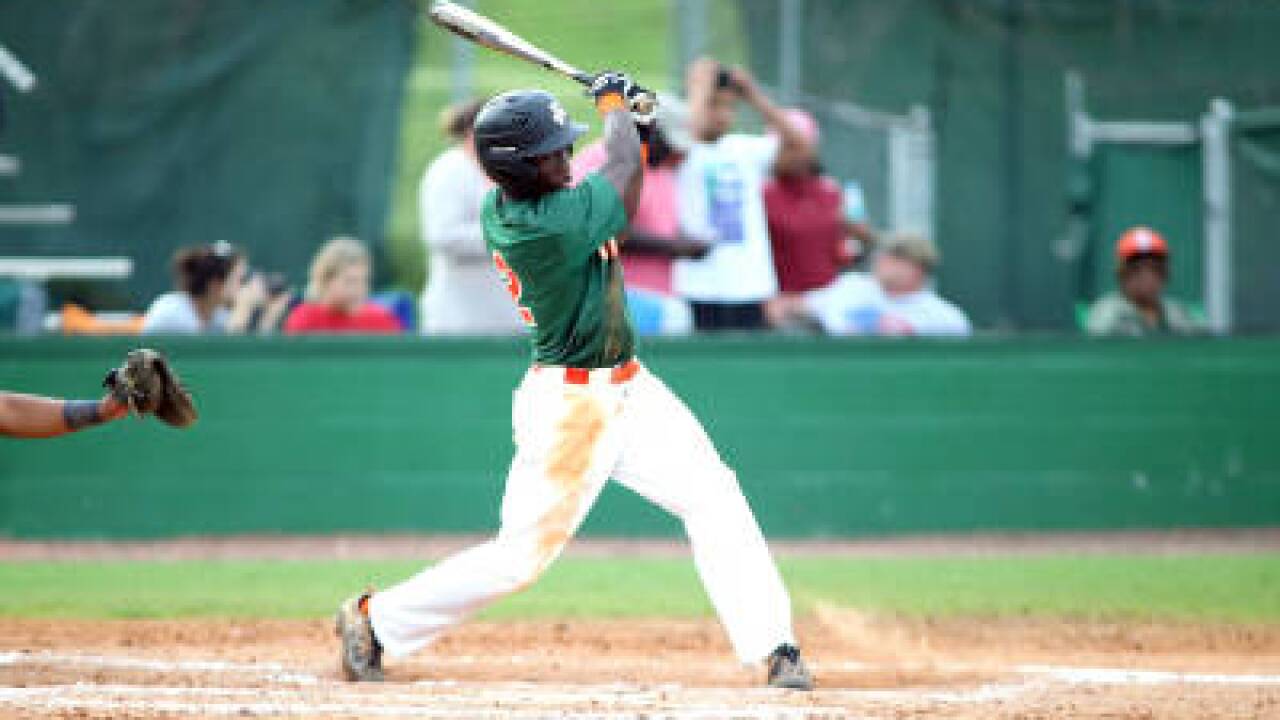 TALLAHASSEE, Fla. (May 5) – Willis McDaniel’s walk off single in the bottom of the 11th lifted the surgingFlorida A&M Rattler Baseball team past North Carolina Central, 7-6, in a Mid-Eastern Athletic Conference Southern Division battle at Moore-Kittles Field.

Sunday’s win was the seventh straight conference win for the Rattlers, which have won nine of their last 10 league contests, boosting them from a fourth place tie in March to the verge of a possible division title.

FAMU loaded the bases with one out in the bottom of the 11th, after back-to-back singles by Octavien Moyer and Tucker Rayburn, and an intentional walk of Jared Weber, which set the stage for McDaniel’s shot up the middle to score Moyer.

The wild ending capped a long day for both teams, which began play at 12 noon, and the day was made longer by a 45-minute rain delay in the eighth inning.

FAMU took a 3-0 lead in the third on an RBI single by Jared Weber, an RBI ground out by Tucker Rayburn, and a sacrifice fly by McDaniel.

Central got on the board in the fifth on Trey Maslin’s RBI to sec0nd, scoring Josh Brammell for a 3-1 score.

The Rattlers got the run back in the bottom of the inning when a Central throwing error allowed Moyer to score for a 4-1 count.

In the bottom of the eighth, the Rattlers scored twice on Robert Robinson’s RBI double, scoring Kaycee Reese and Seyjuan Lawrence for a 6-4 count.

The Eagles (19-27, 10-13 MEAC) tied the game in the top of the ninth on Myles Coston singled up the middle, driving in Carter Williams and Nick Fajardo for a 6-6 score.

Jeremiah McCollum (4-2) got the win in relief for FAMU, working three innings, allowing two runs on three hits in the ninth. He finished with two strikeouts and two walks.

The Rattlers had 10 hits, led by Robert Robinson’s three hits and two RBI. Willis McDaniel finished with two RBI, while Jared Weber and Tucker Rayburn each drove in a run.

Central’s Ryan Decker (2-3) was credited with the loss, despite giving up just one run on two hits in three and one third innings, with one strikeout against one walk.

Carter Williams led the Eagles with hits and two RBI, followed by Nick Fajardo with two hits, and Myles Coston with a hit and two RBIs.

THE MEAC SOUTH UPDATE: FAMU (21-28, 13-8 MEAC) locked up a MEAC Tournament berth with the sweep of NCCU, and moved to within one half game of the Southern Division lead, trailing North Carolina A&T (13-7) with their season-ending series set to begin this Friday in Greensboro….. The Aggies are slated to play a Tuesday make up game against NCCU in advance of the FAMU series.