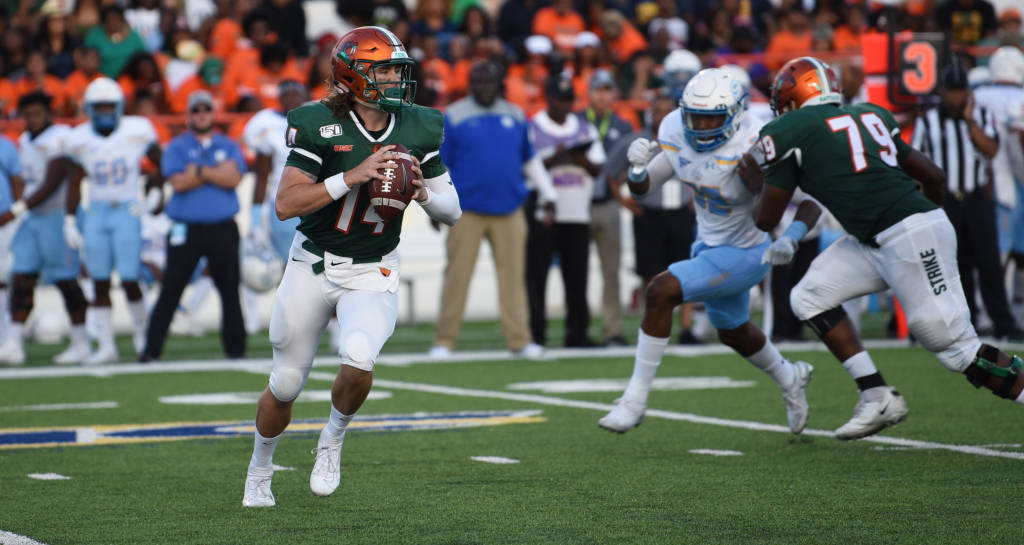 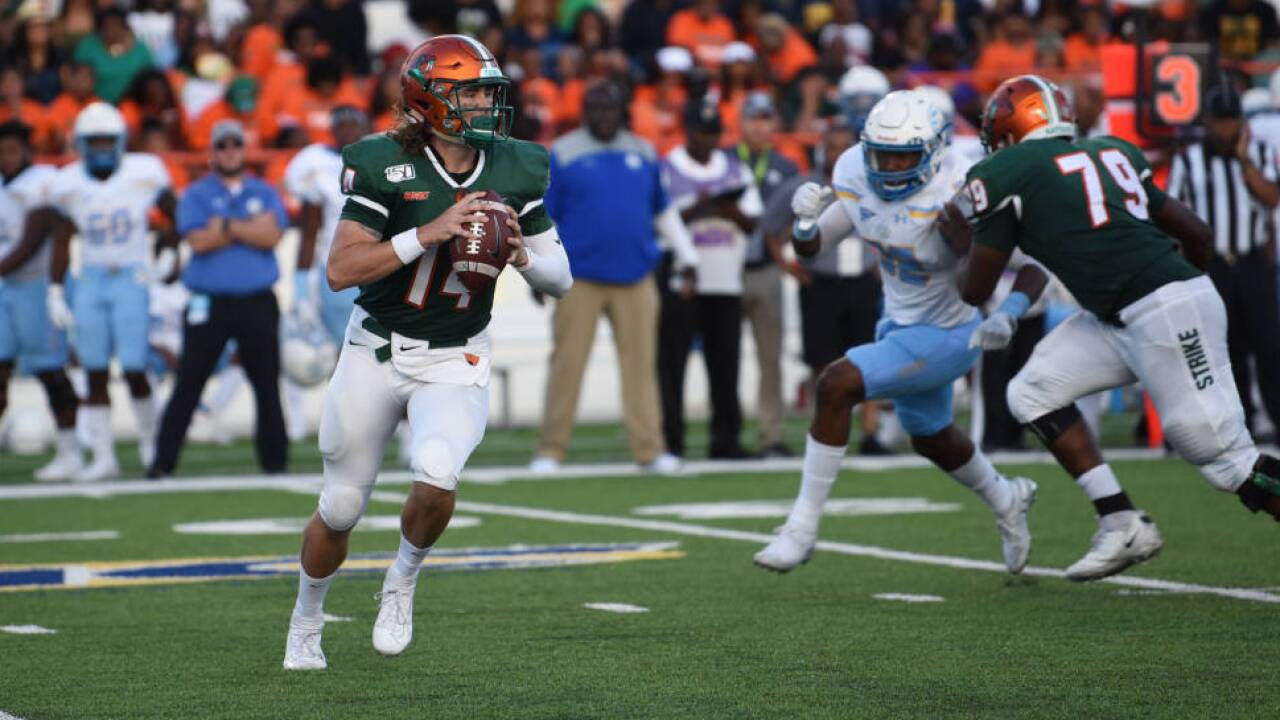 After both teams traded punts, Florida A&M took over at their own 19-yard line with 8:03 remaining. The Rattlers marched 81 yards as FAMU completed a 3rd-and-5 from the Southern 36 as Stanely connected with Kaleob Parker for five yards.

On the ensuing Southern offensive possession, the Jaguars started on their own 9, but went backwards. After a false start penalty, Ladarius Skelton was sacked by Isaiah Land for a 2-yard loss and tackled for no gain as Florida A&M forced a punt.

Davonne Kendrick carried the ball three times for 16 yards as the Rattlers ran out the final 1:34 to give Florida A&M the 27-21 victory.

Florida A&M started strong and took a commanding 17-0 lead into the second quarter.

George Webb caught a 26-yard pass from Stanley with 10:02 left in the opening period and a Derrick Mayweather sack in the endzone gave the Rattlers a 9-0 advantage with 9:54 remaining.

Ray capped the first-quarter scoring on a 2-yard run and the two-point conversion run by Chris Faddoul gave FAMU a 17-0 lead with 2:17 remaining.

Southern capped a 10-play, 99-yard drive as Glendon McDaniel scored on a 1-yard run to cut the deficit to 17-7 with a litte over eight minutes left in the first half.

The Rattlers took advantage of a botched Jaguar punt and converted it into a safety to extend the advantage to 19-7 with 3:51 remaining.

The Jaguars got a 23-yard touchdown pass from Skelton to Jamar Washington in the third quarter and a 9-yard quarterback keeper by Skeltonwith 14:53 left in the fourth quarter to grab a 21-19 lead.

That set the stage for the late-game rally, which gave the Rattlers their 34th victory over the rival Jaguars.

Turning Point
Florida A&M jumped out to a 17-0 lead in the first quarter as it appeared the game would be a blowout.

But true to fashion in this rivalry that there would be no blowout.

Southern got a second-quarter touchdown and closed the gap to 19-7 at the half.

Two touchdowns by the Jaguars gave Southern the momentum and a 21-19 lead.

However, the Rattlers put the ball in Ryan Stanley’s hand and the red-shirt senior did the rest. He completed passes to three different receivers during the drive and capped the night with a 17-yard strike to Xavier Smith with 3:32 left.

A block in the back penalty on the ensuing kickoff meant the Jaguars would start from their own 9. Skelton completed a pass to Timothy Bedford for three yars, but a false start penalty backed Southern to its own 5. A sack by Isaiah Land and a tackle by Land for no gain forced Southern to punt the football with 1:34 left.

The Jaguars never got the ball back as the Rattlers ran out the clock.

News & Notes
> This was the 61st meeting between Florida A&M and Southern
> Saturday’s attendance was announced as 27,191, which is the largest non-homecoming crowd ever in Bragg Memorial Stadium. The previous high was 19,058 versus Southern in 1999
> Ryan Stanley, 6,753 career passing yards, passed for 355 yards, vaulting him into fourth place on the FAMU career passing list, moving past Antoine “Tony” Ezell (6,620). He is now 85 yards shy of third place (Oteman Sampson-Delancy) and 201 behind second place (Damien Fleming). In fact, Stanley is just 625 yards from record-holder Quinn Gray (7,378 yards)
> The was the first meeting between the two schools since 2012
> Florida A&M improved to 34-26-1 all-time against SWAC foe Southern
> The Rattlers are now 7-4 over the Jaguars in their last 11 meetings
> The FAMU win snapped a streak of 2,919 days since the last victory over Southern
> Saturday’s game marked the 27th time in the series that a game was decided by one point
> Willie Simmons is now 2-2 all-time as a head coach against Southern
> Willie Simmons is also just one win shy of 30 for his collegiate coaching career
> Joe Taylor, former Florida A&M head football coach, was honored from the National Football Foundation (NFF) & College Hall of Fame with a ceremony during Virginia Union’s game with Johnson C. Smith on Saturday.

Up Next
Florida A&M takes to the road to open Mid-Eastern Athletic Conference (MEAC) play next Saturday as the Rattlers visit Norfolk State. Kickoff from William “Dick” Price Stadium is set for 4 p.m. and will be broadcasted live on ESPN3.

The Spartans will enter the game off a 56-21 loss to Montana State on Saturday. The Rattlers won the 2018 game, 17-0, at Bragg Memorial Stadium.