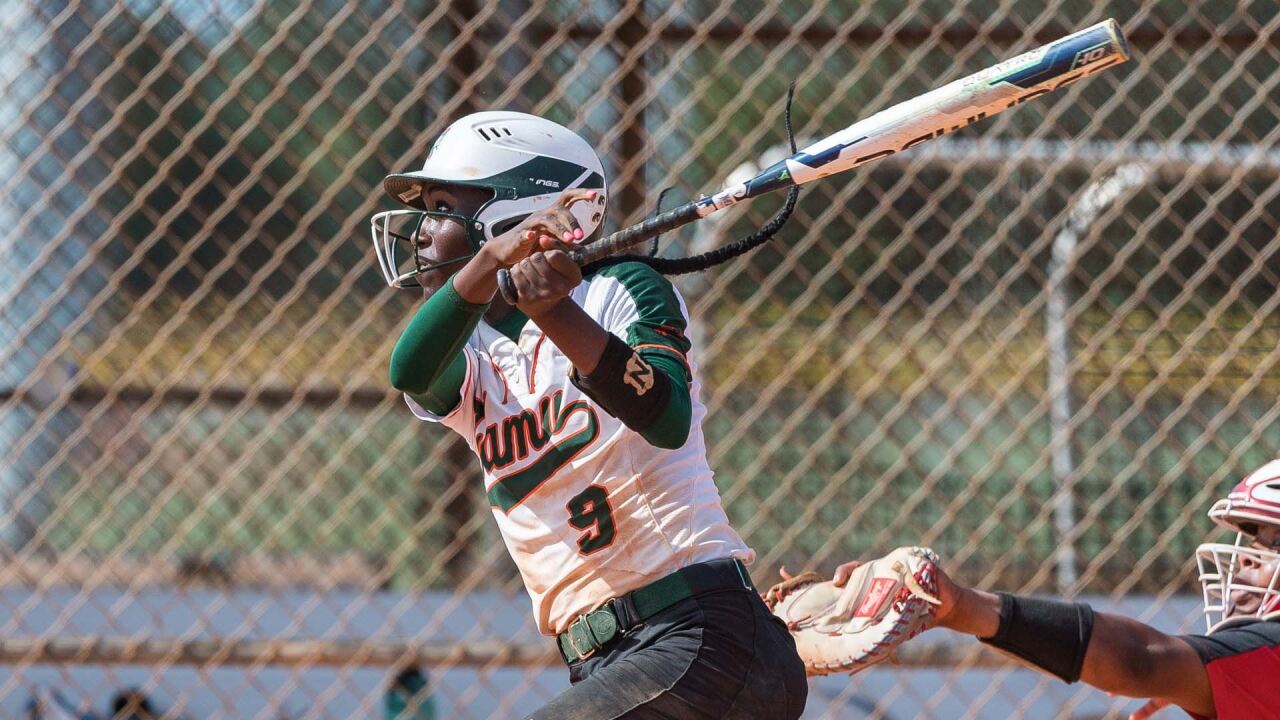 TROY, Ala. | The Florida A&M University softball team let a 3-1 lead in the middle innings get away as Troy rallied for an 8-3 win at the Troy Softball Complex on Tuesday evening.

HOW IT HAPPENED
Troy took a 1-0 lead in the bottom of the first inning, before FAMU tied the game, 1-1 in the top of the second, when Kaylin Rhone's two-out single drove home Kenyamari Jones, who reached on a lead-off double.

The Trojans (16-6) took control of the game in the bottom of the fourth, scoring four runs on five hits with one Florida A&M error, to lead 6-3. Troy would add two more runs in the sixth to close out the scoring.

THE LEADING LADIES
Kaylin Rhone had two hits and two RBIs to lead FAMU, which finished with six hits on the evening. Kenyamari Jones had a double, while Natasha Fox and Seriah Brokenborough each had singles.

Nadia Zenteno (1-6) started in the circle for FAMU, taking the loss after giving up four runs on five hits, with one walk and one strikeout in 3.2 innings.

Leanna Johnson (10-3) got the win in relief for Troy, coming on in the fourth to work the final 3.1 innings, allowing no runs on no hits with 10 strikeouts.

WHO'S ON DECK
Florida A&M will appear in the Mercer University Invitational in Macon, Ga. beginning Friday with games against Iona and host Mercer.