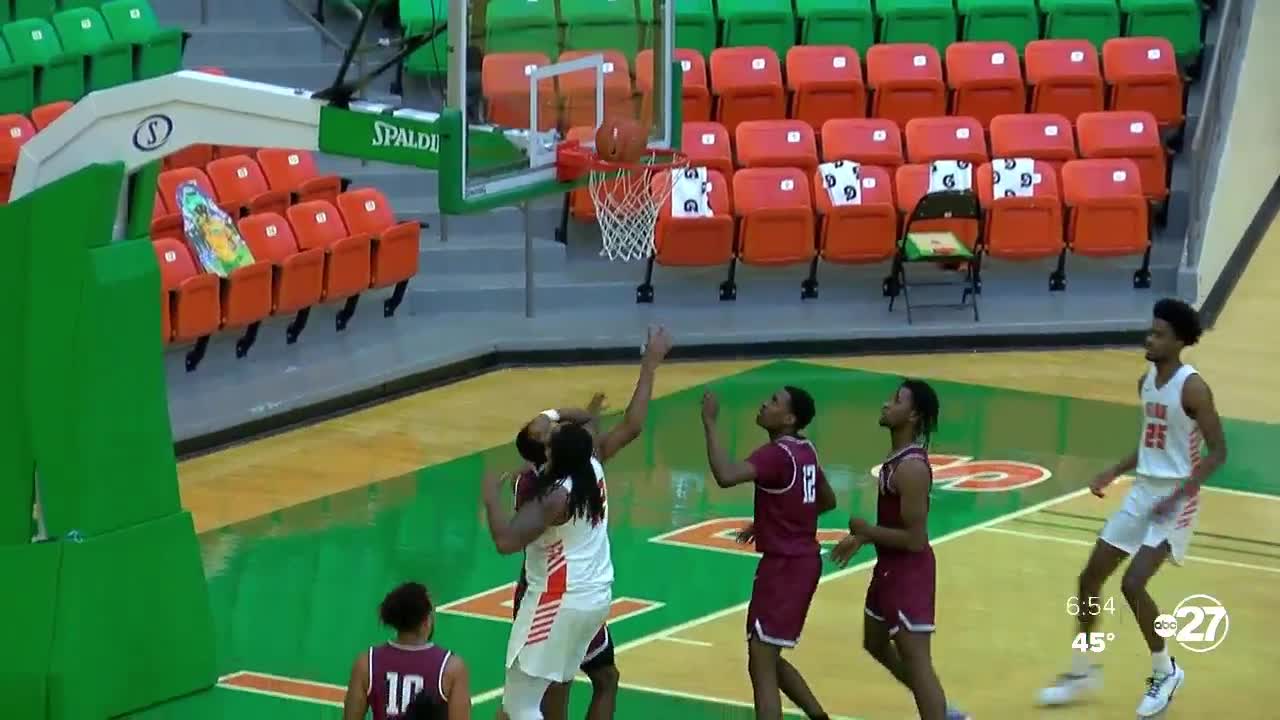 Coming off of a sensational 21-point performance against the University of South Carolina last weekend, freshman guard, Jalen Speer, added nine points, including going 3-of-5 from behind the arc.

South Carolina State entered the Lawson Center with an upset on their minds.

Bryce Moragne capped the first half scoring with layup just before halftime, to cut the SCSU lead to 33-32 at the break.

FAMU found its stride in the second half, as the Rattlers held the lead for the final 19:48 of the contest.

The Bulldogs never completely went away, however, cutting the Rattler to 46-43 with 11:30 left in the contest.

Johnny Brown helped FAMU gain its biggest lead (13) of the contest on a three-pointer with nine minutes left. The Rattler were on top 56-43.

With the Rattlers up 69-59 with 2:07 left, it seemed as if FSMU would salt the game away, however, SCSU had one final flurry left in them, as they went on a 9-0 run, trimming the Rattler advantage to 69-68. However, an untimely intentional foul sent Moragne to the free throw line where he would split a one-and-one.

SCSU rebounded on the missed second free throw, but Randolph picked Tariq Simmons' pocket to seal the victory for FAMU.
Inside the Numbers

> Both teams scored 34 points in the paint

Florida A&M and South Carolina State play each other again on Monday night at the Al Lawson Center. Tip-off is set for 6 p.m. While no fans will be allowed to attend the contest in person, the game will be streamed on FAMUAthletics.com