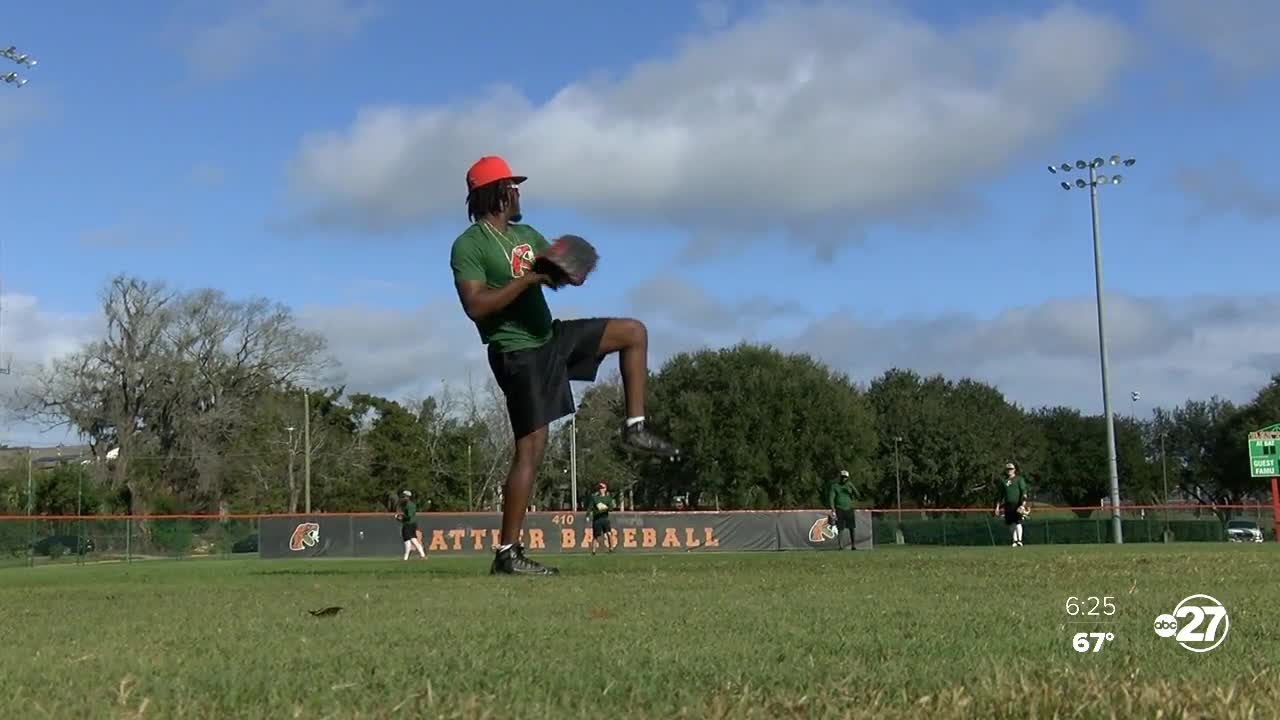 TALLAHASSEE, Fl. (WTXL) — The Rattler baseball squad opened practice Friday afternoon for the 2020 season. While the guys are excited to finally be back on the diamond, this year will be a little different for the defending MEAC champions. They will not be able to see post-season play due to a self-imposed postseason ban.

Despite the fact of not getting to defend their championship, players and coaches are still excited to be a part of the program. The team's motto this year is "pride."

Head coach Jamey Shouppe said when the ban came down after their MEAC championship victory, he decided to free players in case they wanted to play somewhere else, and have a chance at another title. However, Shouppe explained, they all wanted to come back.

The rattlers open up the season in Tallahassee on February 17th. They host South Florida.