FAMU's Brendon Myles excels on the court and in the lab 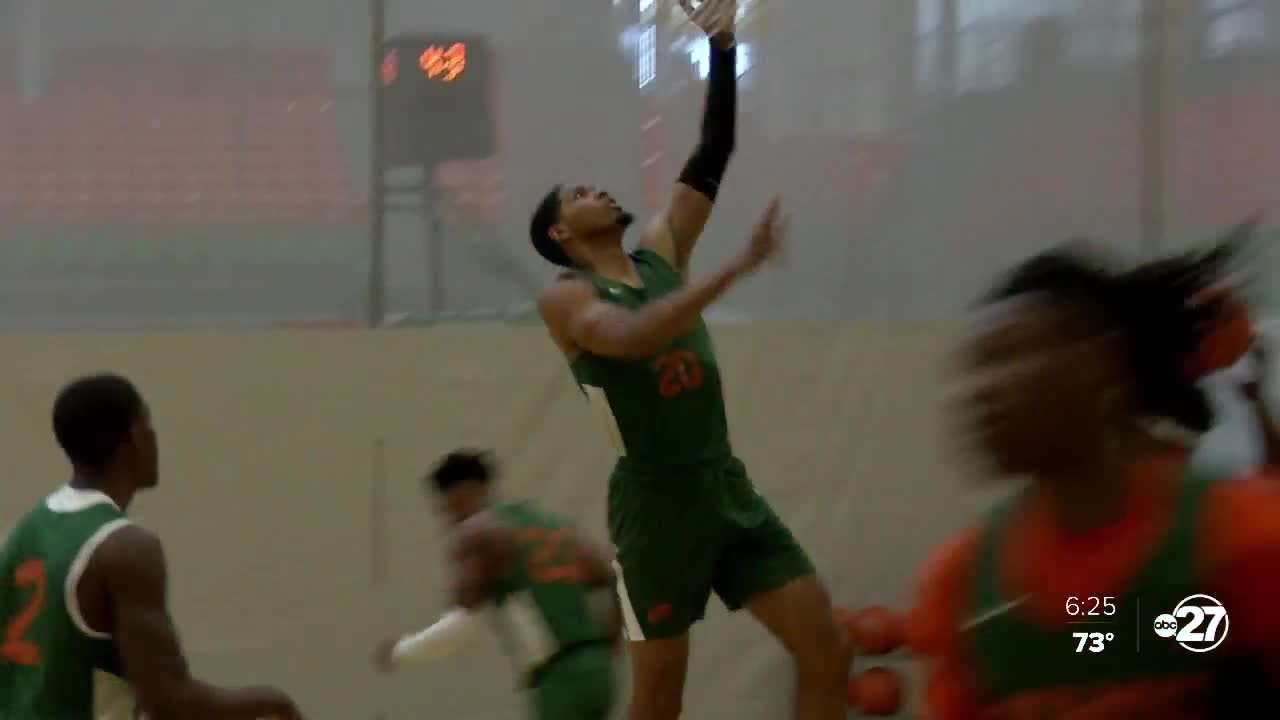 Pharmacy School and playing collegiate basketball may sound like an impossible combination, but one Florida A&amp;M Rattler is doing just that.

TALLAHASSEE, Fla. (WTXL) — Pharmacy school and playing collegiate basketball may sound like an impossible combination, but one Florida A&M Rattler is doing just that.

Brendon Myles is a senior guard for the men's basketball team, and although his athletic career is ending, his journey at FAMU will last a little longer.

Myles is averaging just under six points and grabbing two-and-a-half rebounds each game for the Rattlers. He's also in FAMU's Pharmacy school.

Myles is the only men's basketball player enrolled in Pharmacy school at a HBCU across the country.

His journey hasn't always been easy, but Myles says it's definitely been worth it.

Myles first took an interest in healthcare when he was 10-years-old. He's healthy now, but his early treatment for Rheumatoid condition lead to an interest in medicine.

"I had to take a lot of medicine for it because it could actually develop into cancer later," said Myles. "So, I took that experience and used it to apply what I want to do to help other people, when they have problems, with medicine."

His interest in medicine was peaked by a family member who is a pharmacist.

"My dad's uncle, he's a pharmacist and I saw what he was doing and I just enjoyed it," Myles said. "He let me experience it and he's in the industry part of it. That's what caught me. I never looked back. I just kept going."

"It does send a message," said Robert Mccullum, FAMU men's basketball head coach. "That hey, if you put your mind to it and you have the self discipline, we encourage guys to try and pursue their first love, their initial goal."

The FAMU men's basketball team closes out their regular season schedule on Thursday at Bethune-Cookman.