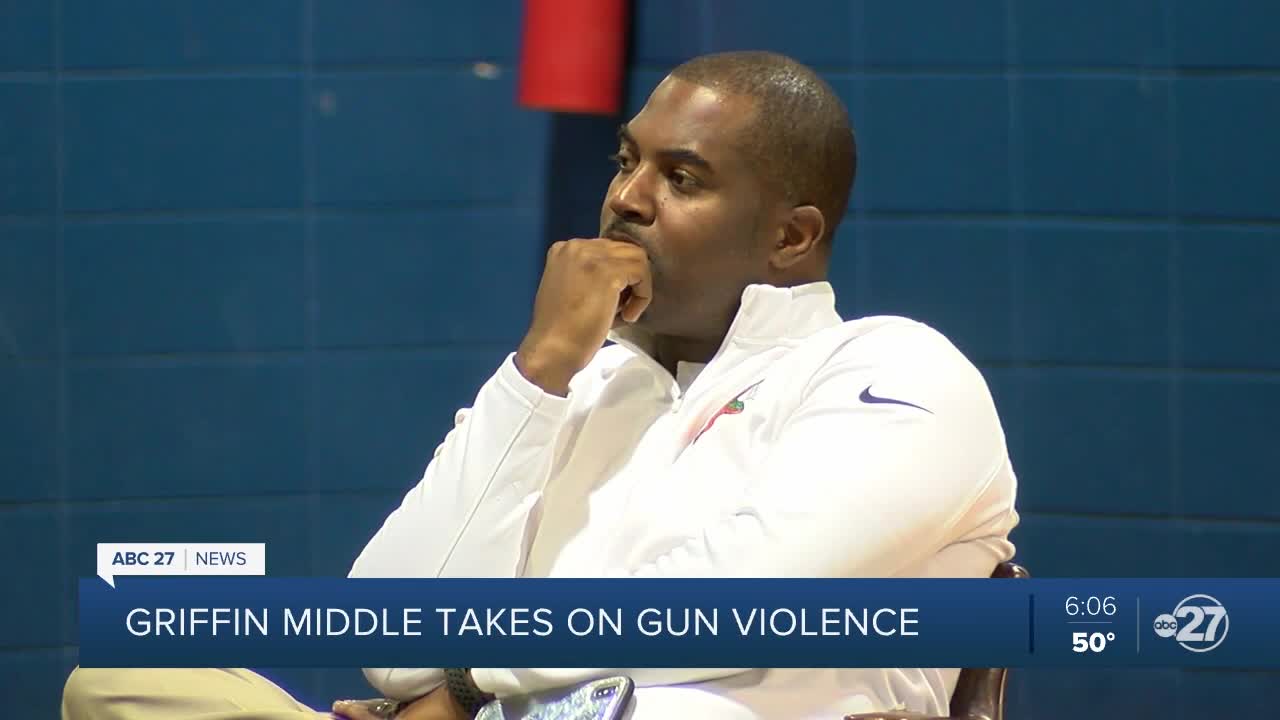 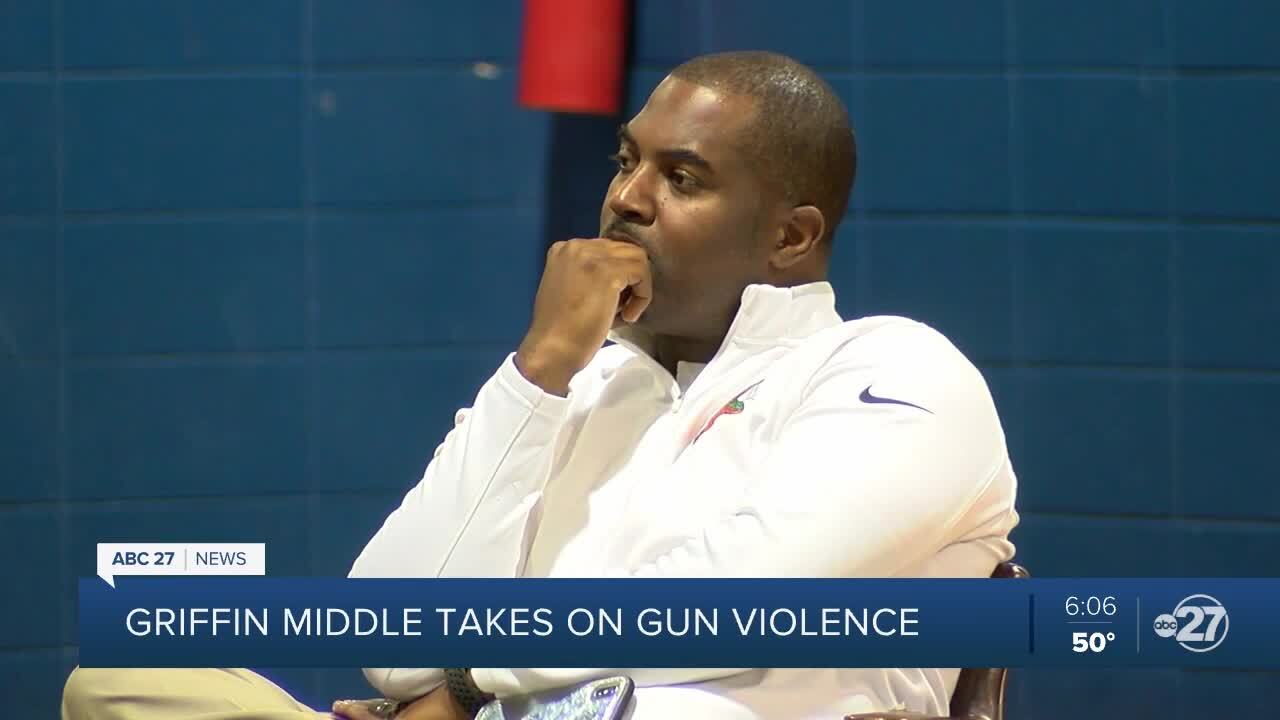 TALLAHASSEE, Fla. (WTXL) — Nearly 60 shootings in Tallahassee so far this year, 19 of those ending with lives gone too soon.

At an assembly at Griffin Middle School Monday, a familiar face pledged to help stop those shootings.

FAMU's Head Coach Willie Simmons revealed that he was when two teenagers were shot not far from the fair last month. He says it's an image that he will never forget.

Simmons was one of the many speakers at a Griffin Middle School Stop the Violence event.

During the event, students learned the legal consequences from shooting someone, how a family copes with that death and why it's important to stay away from a life of crime.

Speakers included Superintendent Rocky Hanna, Assistant State Attorney Eric Trombley, and the mother of a gun violence victim. Coach Simmons says he'll use his Saturdays in communities talking to families about the issue.

"It's something that we'll continue to do. We feel like it's important that we're visible as leaders of the community. I feel like the young people may feel like we don't care," Simmons explained. "We do a lot of talking but no action. They need to see action. Going out and having real life conversations and dialogue, about what's going on -- what can we do."

Simmons told students they're welcome to call him or visit him if they ever need someone to talk to or any help.