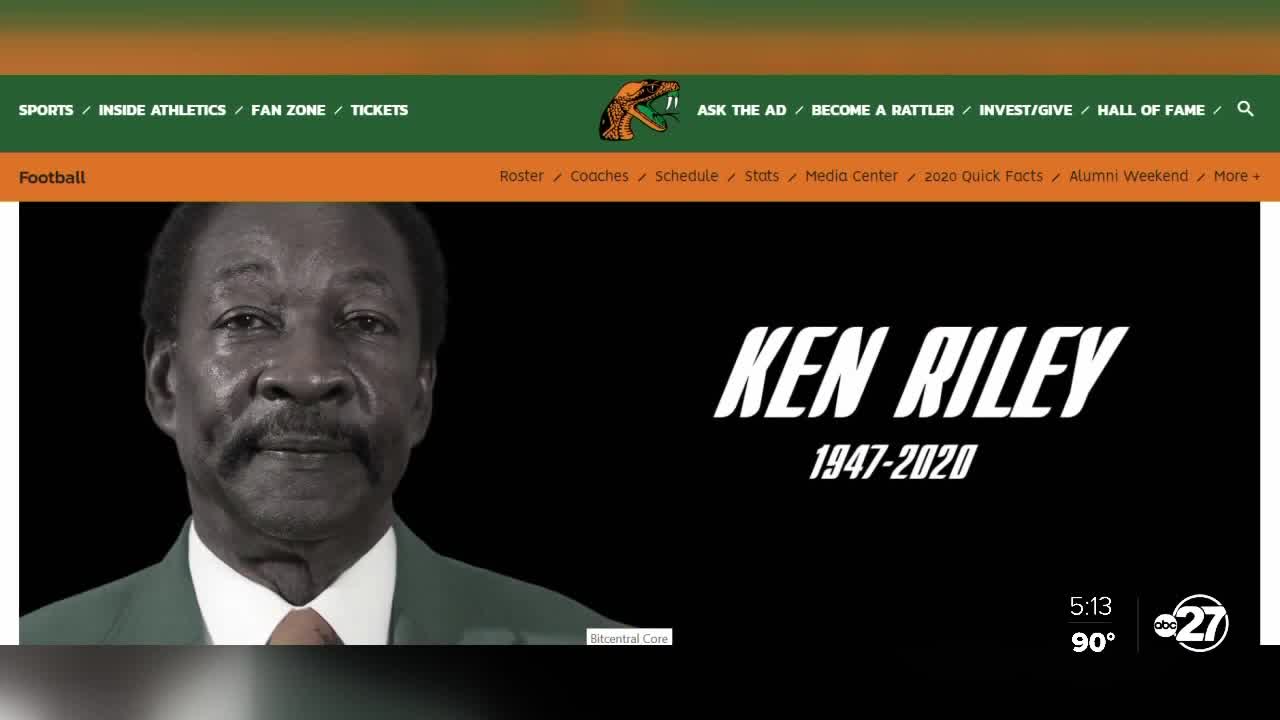 If you ask anyone about the history of Florida A&M football, Ken Riley's name will be mentioned.

He not only was a stand-out athlete, but was a Rhodes Scholar candidate and went on to play in the NFL.

After playing professionally, Riley returned to his alma mater to coach.

One of Riley's final interviews was with FAMU in September of 2019. He spoke about his time playing for the Rattlers, his 15-year career with the Cincinnati Bengals, and then returning to FAMU where he won two MEAC titles and was named the conference's coach of the year twice.

Riley was a quarterback in college but switched to a defensive back in the NFL. His interceptions, interception return yards, and interceptions returned for touchdowns are still Bengals records.

Despite his accomplishments, Riley still has not yet been inducted into the NFL Hall of Fame, something he was candid about during that final interview.

"I was always taught humility, let your work speak for you," Riley said in the 2019 interview. "I went unnoticed. There were times I led the conference three times in interceptions, my last two as a a player, I was 36 years old, still starting games, but it went unnoticed. That's something I can't control. There are some guys that are in there that don't have the numbers that I have. There are a lot of guys that had great careers there that went unnoticed and I was one of those guys."

Riley is a member of the Black College Football Hall of Fame as well as the FAMU Sports Hall of Fame.