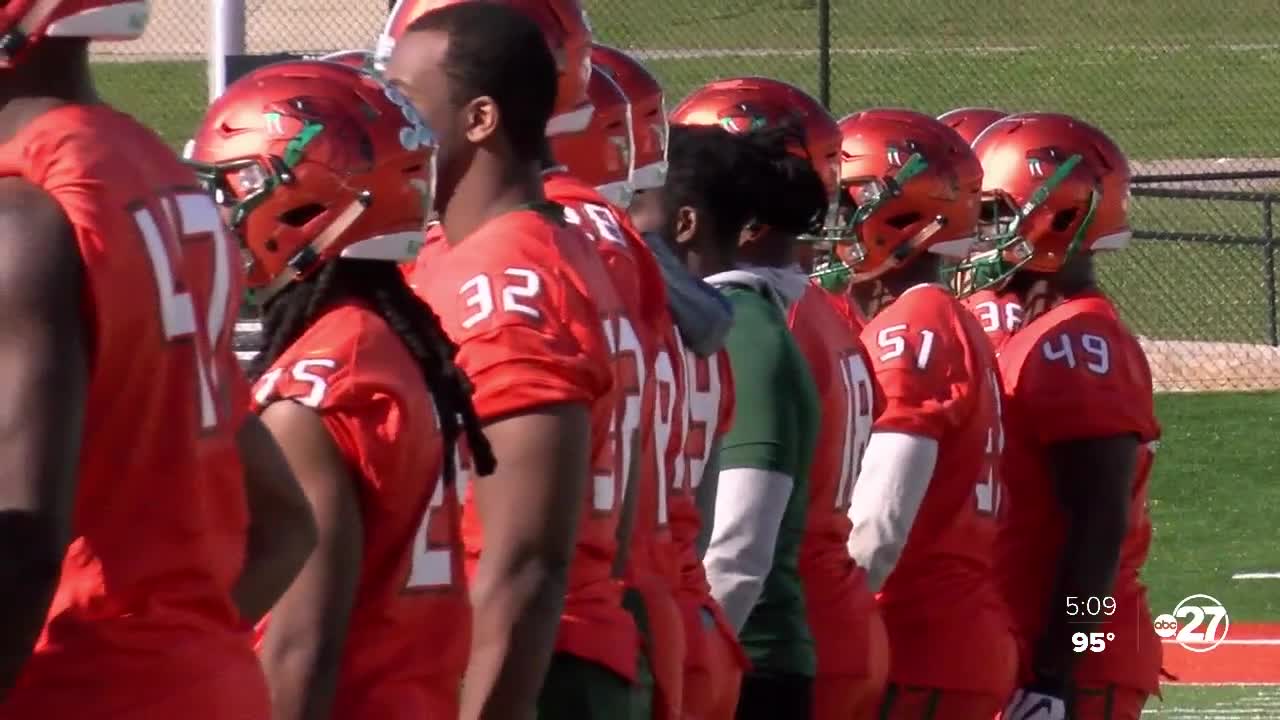 In May, Florida A&amp;M University's athletic director Kortne Gosha said the result of canceling football would be catastrophic for the school as they would lose almost $5 million.

TALLAHASSEE, Fla. (WTXL) — In May, Florida A&M University's athletic director Kortne Gosha said the result of canceling football would be catastrophic for the school as they would lose almost $5 million.

Gosha released a statement Thursday morning saying that, along with the Mid-Eastern Athletic Conference, FAMU has elected to suspend all fall sports.

"While we are disappointed by the fact that we will not be competing this fall we do believe this is in the best interest for our student-athletes and our institution," said Gosha. "Making up the season in the spring has not been ruled out but for the Rattlers, that means there will be no volleyball, women's cross country, or football this fall."

Head football coach Willie Simmons is devastated for his players. He said he met with them shortly after he was informed of MEAC's decision, but he reminded them there's more to being at FAMU than playing football.

"We don't want to think for one second that because something that we love has been delayed, so to speak, that it causes us to go on a downward spiral," said Simmons. "We talked a lot about mental health and wellness and what we can do in this time so we can stay positive. We're going to do whatever we can as an administration to make sure we take care of our student athlete sin the best way possible."

Simmons said as of right now all football related activities are suspended. He isn't sure when they will be able to start conditioning again.

Simmons said there is concern about how FAMU will fill a multi-million dollar loss but right now the university is focused on the safety of their student athletes.