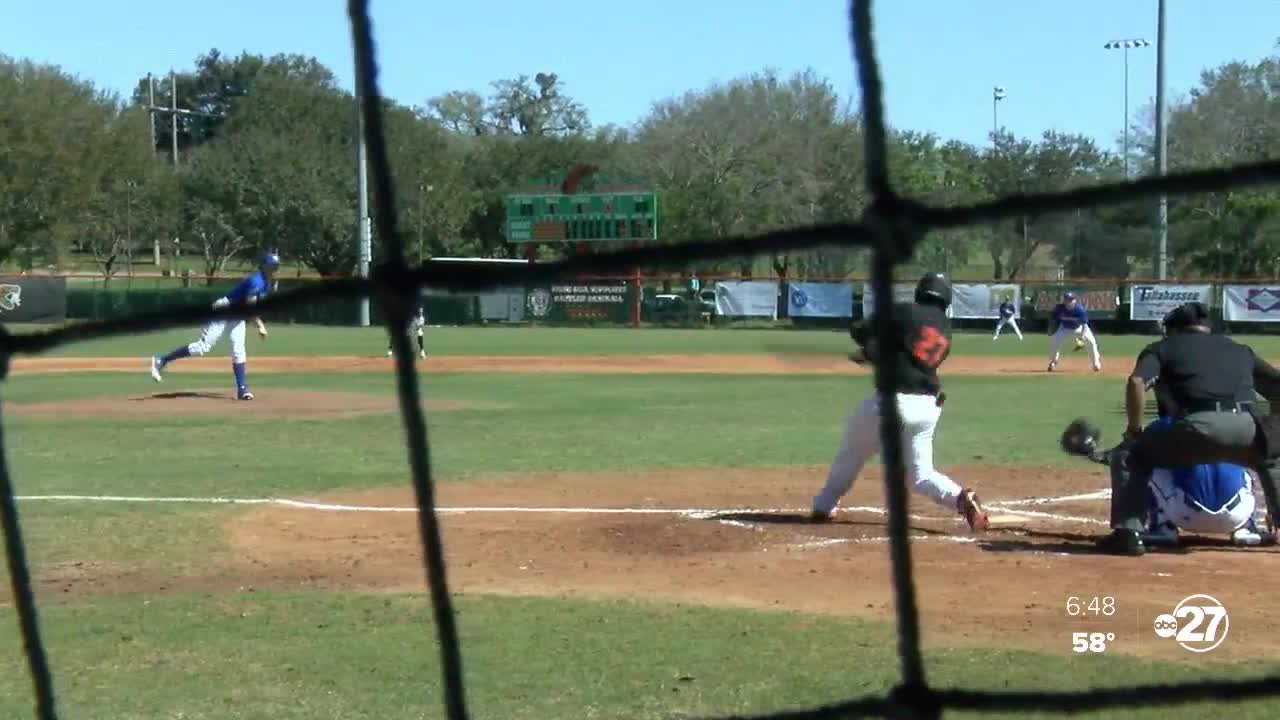 TALLAHASSEE, Fl. — The Florida A&M University baseball teams dropped a pair of games on Saturday, falling 3-1 and 6-1 to Eastern Illinois at Moore-Kittles Field.

The Rattlers (1-4) got good starting pitching in both games of the doubleheader, but could not overcome three errors in each of the two contests.

After four scoreless innings, Eastern Illinois plated a run in the top half of the fifth inning to grab a 1-0 lead, but Florida A&M answered with a run in the bottom of the frame.

LJ Bryant opened the inning and reached on an error as he moved all the way to third on a Tristen Cooper single through the right side. A Seyjuan Lawrence sacrifice bunt scored Bryant from third, tying the game at 1.

The Panthers broke the 1-1 tie with a run in the seventh and extended the lead to 3-1 with one run in the ninth.

> Florida A&M finished with one run on four hits, committed three errors and stranded five on base

> Connor Justin (0-1) started on the mound and took the loss in 6.1 innings pitched. He gave up two unearned runs on seven hits, struck out three and walked two

> Eastern Illinois registered three runs on nine hits, committed one error and left nine on base

> Will Klein (1-0) earned the win as he surrendered one unearned run and scattered three hits, along with eight strikeouts and a pair of walks in six innings

> Alex Stevenson earned the save in three innings of work

Game 2 - How It Happened

Eastern Illinois broke the 0-0 tie with one run in the top of the third inning and extended the lead to 2-0 with a run in the fourth.

Florida A&M cut the deficit in half, 2-1, with one run in the bottom of the fourth.

Jared Weber opened with a double to left center and moved to third on an LJ Bryant ground out to second. With two down, Seyjuan Lawrence singled through the left side to plate Weber from third.

The Panthers scored their run in the seventh and broke the game open with three in the ninth to earn the 6-1 victory.

> Florida A&M finished with one run on four hits, committed three errors and left three on base

> Seyjuan Lawrence went 2-for-3, with the lone RBI for the Rattlers

> Kelyn Fox (0-1) took the loss as he was tagged for three runs (one earned) on five hits, with a pair of strikeouts and one walk in 6.2 innings

> Keith Kerrigan led the Panthers at the plate by going 2-for-4, with one RBI and one run scored

> Blake Malatestinic (1-0) earned the victory in seven innings. He gave up one run on four hits, fanned eight and walked one

Florida A&M wraps up its three-game series against Eastern Illinois on Sunday. First pitch is set for 11 a.m. from Moore-Kittles Field.