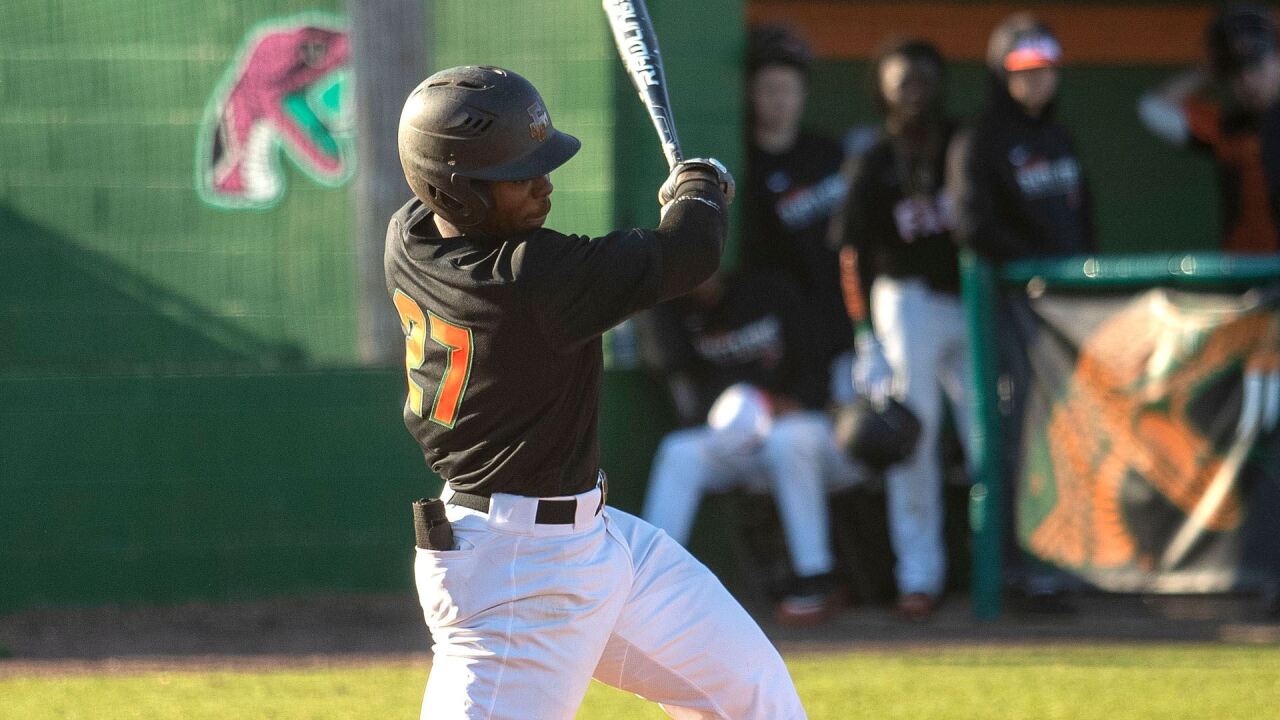 TAMPA, Fla. | LJ Bryant went 4-for-5 and drove in three runs as the Florida A&M University baseball team completed a season sweep of South Florida for the first time in school history with a 5-4 victory on Wednesday night at the USF Baseball Stadium.

Florida A&M (5-10), which snapped a five-game losing streak, got great starting pitching from Josh Barr, who pitched 5.1 innings and fanned a season-high six batters, while Bryant did damage at the plate with a pair of singles, a game-tying homer in the ninth inning and a go-ahead triple in the 10th inning.

How It Happened
After a scoreless first three innings, Florida A&M broke the tie with one run in the top half of the fourth inning.

Tristen Cooper opened the frame and reached on an infield hit. Cooper advanced to third on a one-out base hit to left by LJ Bryant and came across to score on an Octavien Moyer single to center.

South Florida finally got to FAMU starter Josh Barr in the bottom of the fifth inning with three runs on four hits to grab a 3-1 lead.

Back came Florida A&M in the top of the sixth.

Seyjuan Lawrence led off the frame with a double to left center and scored on a Cooper triple down the right field line. With one down, Bryant ripped a base hit to center, plating Cooper and tying the game at 3.

The Bulls (6-11) threatened with a runner on first and third with one out in the bottom of the sixth, but Zach Morea got a groundball double play to end the inning and keep the score tied at 3-3.

South Florida grabbed a 4-3 advantage in the eighth as Nick Gonzalez singled to left with one out and moved to all the way to third when JD Dutka reached on a fielder's choice as an error was charged to FAMU shortstop Robert Robinson. Gonzalez scored the game-winning run on a wild pitch.

The Rattlers got a leadoff homer by Bryant, who belted a 2-2 pitch deep over the left field wall off Bulls relief pitcher Connor Churchill, to tie the game at 4.

Florida A&M took a 5-4 lead in the 10th when Lawrence was hit by a pitch to begin the inning and moved to second on a Cooper ground out. After an intentional walk to Jared Weber, Bryant ripped a triple to right, scoring Lawrence as Weber out at the plate.

Inside the Numbers
> Florida A&M finished with five runs on 10 hits, committed a pair of errors and stranded seven on base
> LJ Bryant led the Rattlers at the plate by going 4-for-5, with three RBIs and one run scored
> Tristen Cooper added two hits
> Josh Barr started on the hill and did not figure into the decision as he gave up three runs on five hits, fanned a season-best six batters, walked two in his longest outing of the season – 5.1 innings
> Zach Morea, Kelyn Fox, Jeremiah McCollum (1-0) and Chandellor Benton (2nd save) pitched in relief
> South Florida finished with four runs on six hits and left five on base
> Collin Sullivan went 4.0 innings and gave up one run on four hits, with a pair of strikeouts for the Bulls
> Nick Davila, Connor Churchill and Logan Lyle (0-1) worked in relief

Up Next
Florida A&M returns home for a three-game series against Quinnipiac, beginning on Friday at Moore-Kittles Field. First pitch is set for 5 p.m.