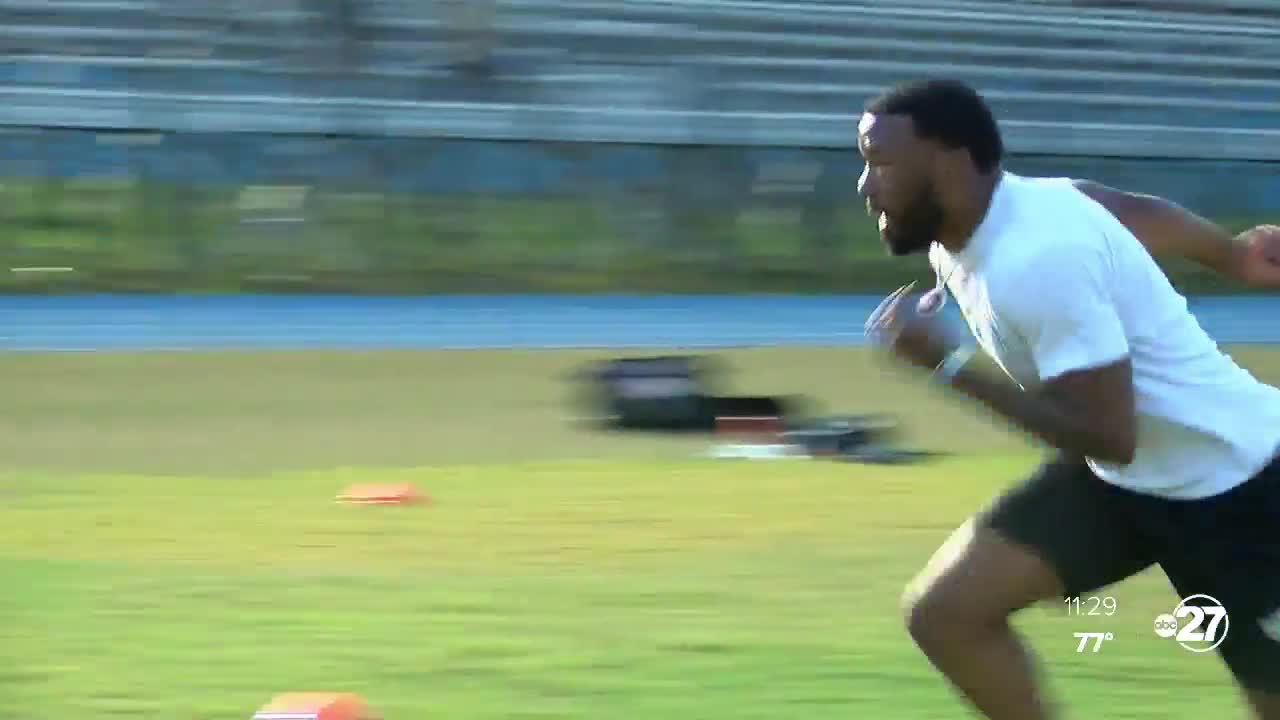 Florid A&amp;M University DRS grad Chris Jackson's dream was realized when he was selected by the Tennessee Titans in the 2020 NFL Draft, but he's not just content on being drafted - he wants to make it in the NFL.

TALLAHASSEE, Fla. (WTXL) — Florid A&M University Developmental Research School grad Chris Jackson's dream was realized when he was selected by the Tennessee Titans in the 2020 NFL Draft, but he's not just content on being drafted - he wants to make it in the NFL.

For Jackson, the feeling of being a professional football player is one he's still getting used to.

"To see your name come across the screen, and then when the GM calls you and tells you you're going to be a pick for the Titans, it's a great feeling," said Jackson.

It's a feeling that's reality. Jackson was taken in the seventh round by the Tennessee Titans.

"When we're in meetings and stuff, my coach is telling me, 'You're a pro now, you're not a college kid,'" Jackson said. "There's not a lot of rookies either. It's surreal. You're a professional athlete. Take that into account and be thankful."

It's a feeling of thanks that may be even more apparent right now.

"Now that it's kind of taken away, it makes you appreciate it a lot more," said Jackson.

The COVID-19 pandemic has Jackson learning his new playbook over Zoom meetings and working out at home, but it's a small hurdle in the grand scheme of living his dream.

"You just have to kick it up an extra ten steps, an extra hundred steps even," said Jackson. "Just work out as much as you can. It's all about being a pro at this point, and just doing as much as I can and working out ten times harder than I was before."

Jackson is working hard to put his hometown on the map. He's proud of his roots.

"Just to be another one of the guys to come out of FAMU High, and make it to the next step in college, and maybe even further than that," Jackson said. "Represent for my family, my community and especially my school. It's just a great feeling and you have to take advantage of the opportunity at hand."

Its an opportunity he doesn't plan to waste.

Jackson says as he attends meetings with the Titans and his teammates over Zoom, he'll continue to train until the all clear comes for NFL teams to hold camps.