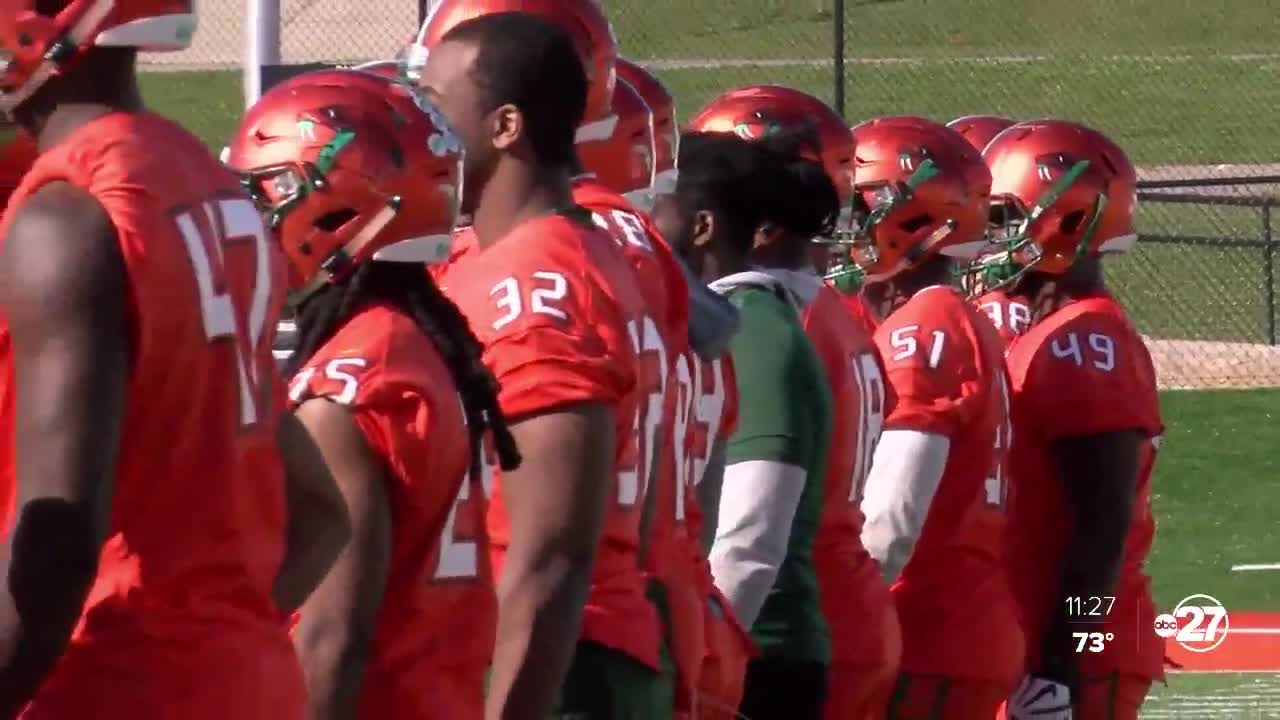 Florida A&amp;M athletics hosted a town hall on Friday where the athletic director and coaches discussed everything from return dates for their athletes to the excitement of seeing their teams again.

For the Rattler football team, the guys will arrive on campus July 25. For all three teams there's a lot of excitement about switching from the MEAC to the SWAC for athletics, something that will take effect next summer.

The coaches also shared their thoughts Florida Governor Ron DeSantis signing a bill into law last week that will allow athletes to profit off their name, image, and likeness.

The coaches agree it's a good idea for Power Five schools. How it will impact lower level institutions and HBCU's remains to be seen.

"We need to be able to find someway to make a way for our student athletes to get the same opportunities as these Power Fives," said Pillow. "I know, it's always a challenge. Again, we have to be creative and figure out how we can get our foot in the door as well to get a piece of that."

The coaches also shared their thoughts on the racial injustices going on in the country right now.

Simmons recently met with several Big Bend high school head football coaches to talk about things they can do to implement their best practices to make things better in the community.

"In the world of sports, we've figured it out," said Simmons. "Just trying to use our influence to reach out to individuals who necessarily don't have those relationships. I think it's all about relationships. The more we can build bridges and build relationships and allow people who don't necessarily look like us or who've grown up like us to get to know us, I think the better we can heal race relations in this area, in this state and in this country."

Gosha praised his coaches, saying he knows he sleeps well at night knowing they have great coaches who won't let this issue rest.

This weekend, close to 100 high school bass fishing teams from across the State of Florida and south Georgia compete in the Florida BASS Nation High School State Championship on Lake Seminole.

Thirty more teams competed in the Junior State Championships. The team of Gage Sellars and Brock Lewis from the Bainbridge Bass Cats, our highest local finishers, the duo took fourth.

The brother-brother team of Logan and Blake Sparkman from Chiles that qualified for the Bassmaster High School National Championships finished twenty-second. Nationals are in October.