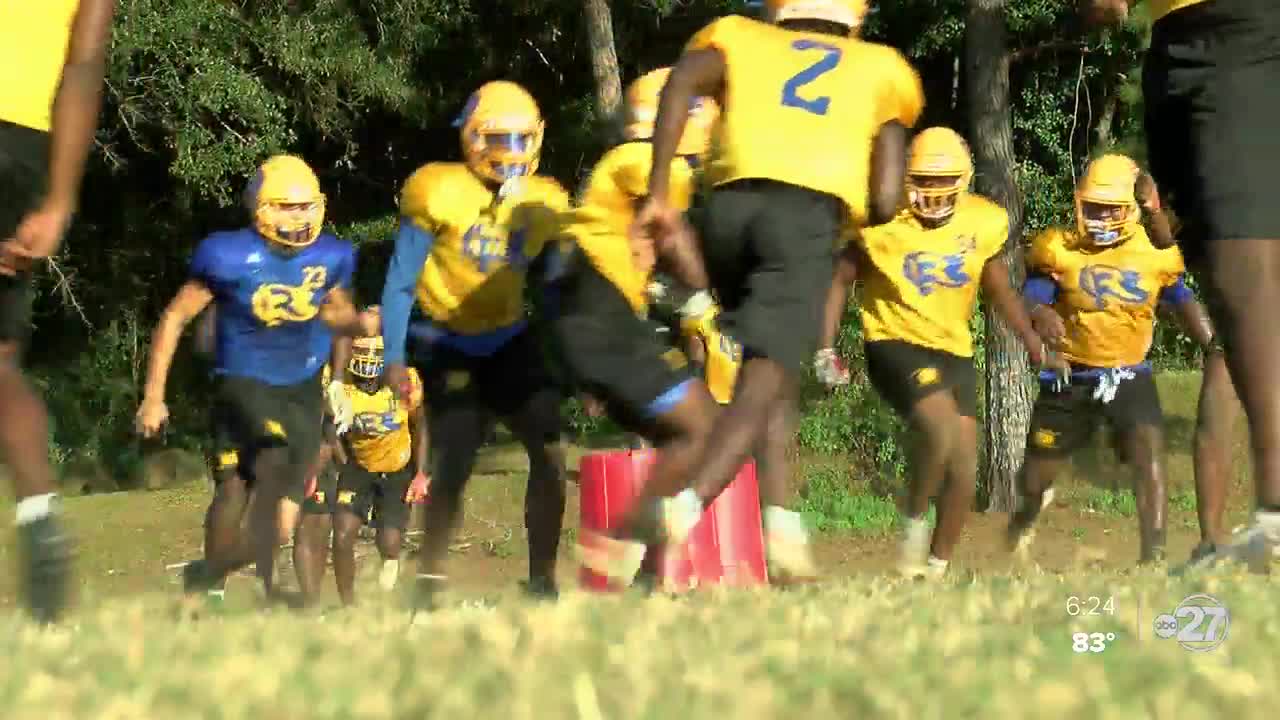 The Rickards High School football team is off to a stellar start. They're 2-0 on the year, beating Lincoln and rival Godby.

TALLAHASSEE, Fla. (WTXL) — The Rickards High School football team is off to a stellar start. They're 2-0 on the year, beating Lincoln and rival Godby.

For the Raiders, it's a product of young programs in the last few years.

Rickards won just five games over the past two seasons, but those young kids stuck with it and now they've grown up.

Head coach Quintin Lewis says those struggles have fueled this senior class. They have a tough test on Friday as the Raiders go against 5-0 Florida High, a disciplined team Lewis said should be a good test for his Raider squad.

"They have some very good superstars and they are very talented," said Lewis. "Their role players are wonderful. I think the last two games we haven't been as disciplined as we wanted to be, we have to play a great disciplined game to beat them and that's all it really takes is effort and discipline with us this week. Hopefully we can come out victorious, but it's going to be a great game. It's two great teams and hopefully, both teams make a long run in the state playoffs and have some success this year."

Rickards and Florida High face off Thursday at Gene Cox Stadium. Kick-off is at 7 p.m.