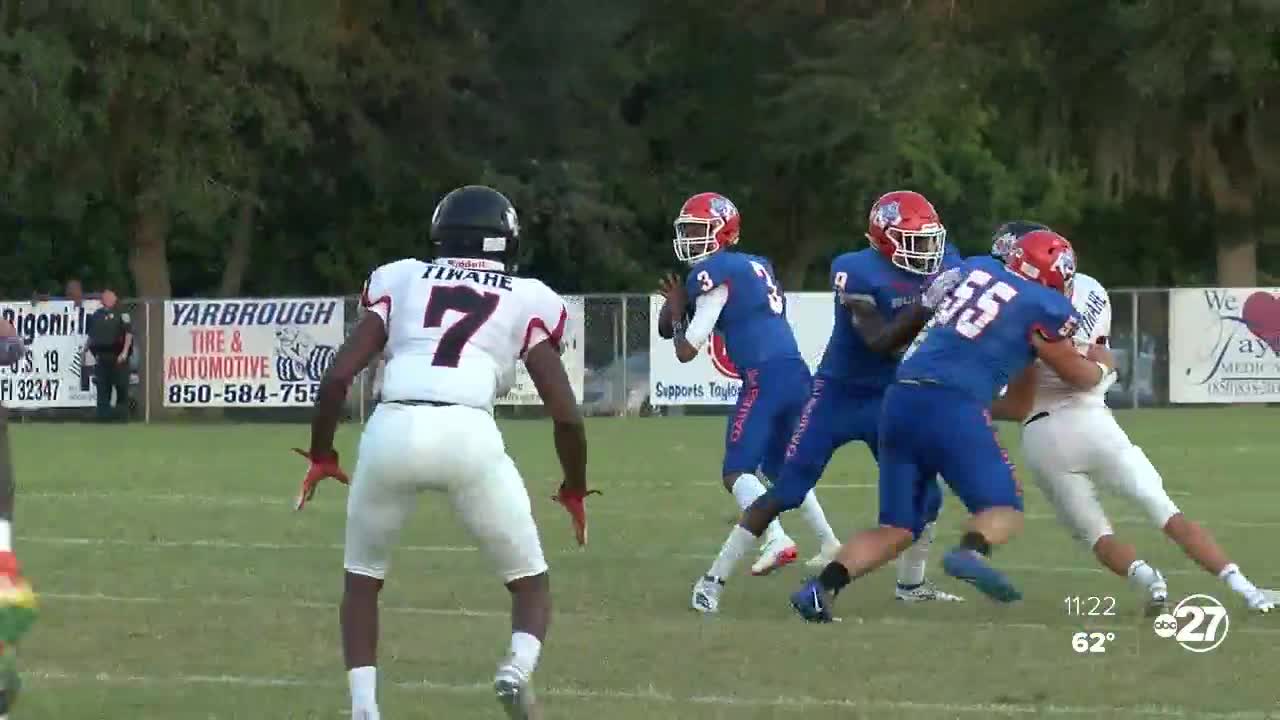 TALLAHASSEE, Fl. (WTXL) — Five plays are still in the running for Awards4U Play of the Year 2019. From the voting last week, three plays were eliminated, leaving 5 plays remaining.

Over the next two weeks, all but one play will be eliminated.

Sunday, December 8th begins week four of voting for Play of the Year. The 5 remaining plays are up on a poll, but only TWO plays will make it to the next round.

The plays in the video coincide with the poll in order 1-5. Poll closes at 7:00 p.m. on Thursday, December 12th. The 2 plays with the most votes will be announced on Sunday, December 15th.

POLL IS CLOSED! THANKS FOR VOTING.