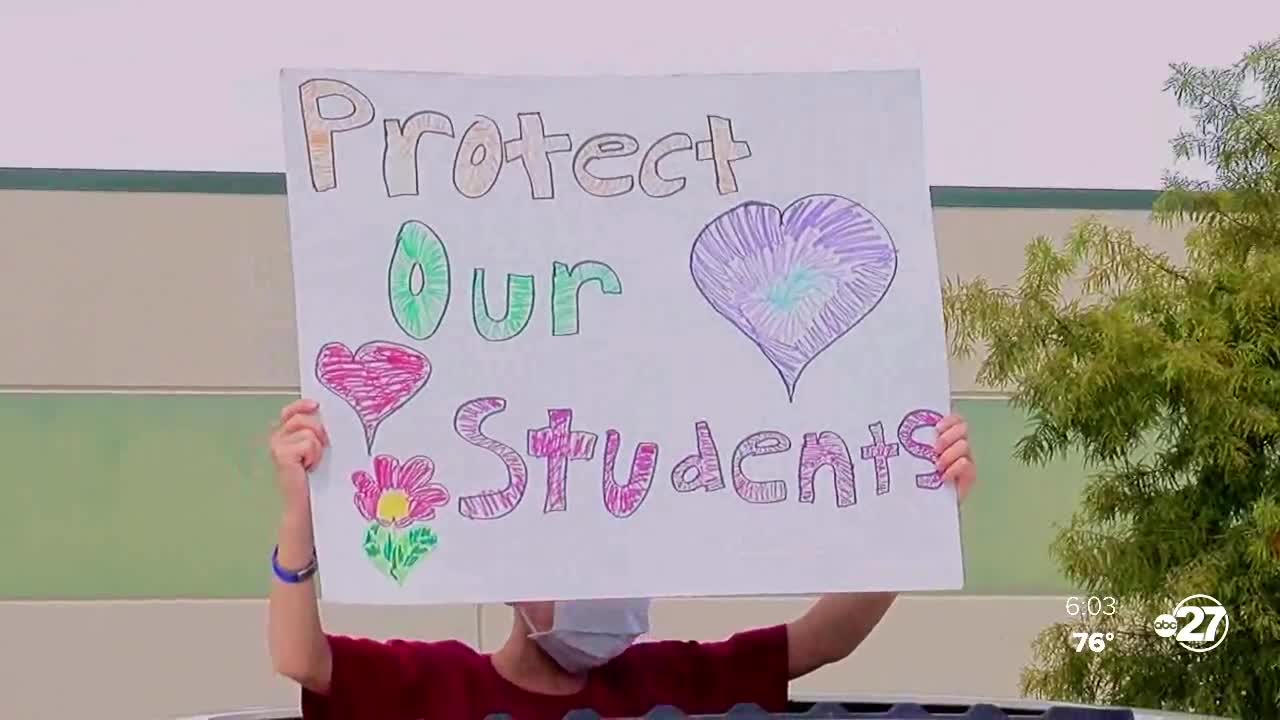 Members and supporters of the Lowndes Educators for Safe School Opening group hope their mobile march will persuade board members to reconsider their decision to open school doors on August 14.

Organizers, like Treva Gear, and other parents say putting kids back in the classroom places their entire community at risk.

"We could potentially be driving our cases that caused a major and caused a major spread by starting school while we're in the middle of a hotspot," Gear said.

Parents like Mark McQuade agree, joining the protest to support a push to hold classes digitally until the number of cases in the county decline.

"I think that the stress that students will be under if we have if we start in person and then everything shut down and they have to go back to online, I think that's gonna be even more stressful than if they would just start online and eventually get back to in person once it's healthy and safe," McQuade explained.

ABC 27 spoke with Superintendent Wes Taylor last week. He said that it's important to give families options.

"There's no way to eliminate the risk," Taylor said. "What we've tried to do is create a list of ways to mitigate the risk as we safely bring kids back to school as well as our staff and we try to offer not only the face-to-face, which I believe is most conducive to learning the traditional model but also a virtual model."

"I just wish that they would think about the parents," Gear said. "We're one Lowndes and if we are one Lowndes, we have to consider the whole community."

Parents had until 5 p.m. Monday to register for Lowndes County's Virtual learning program.