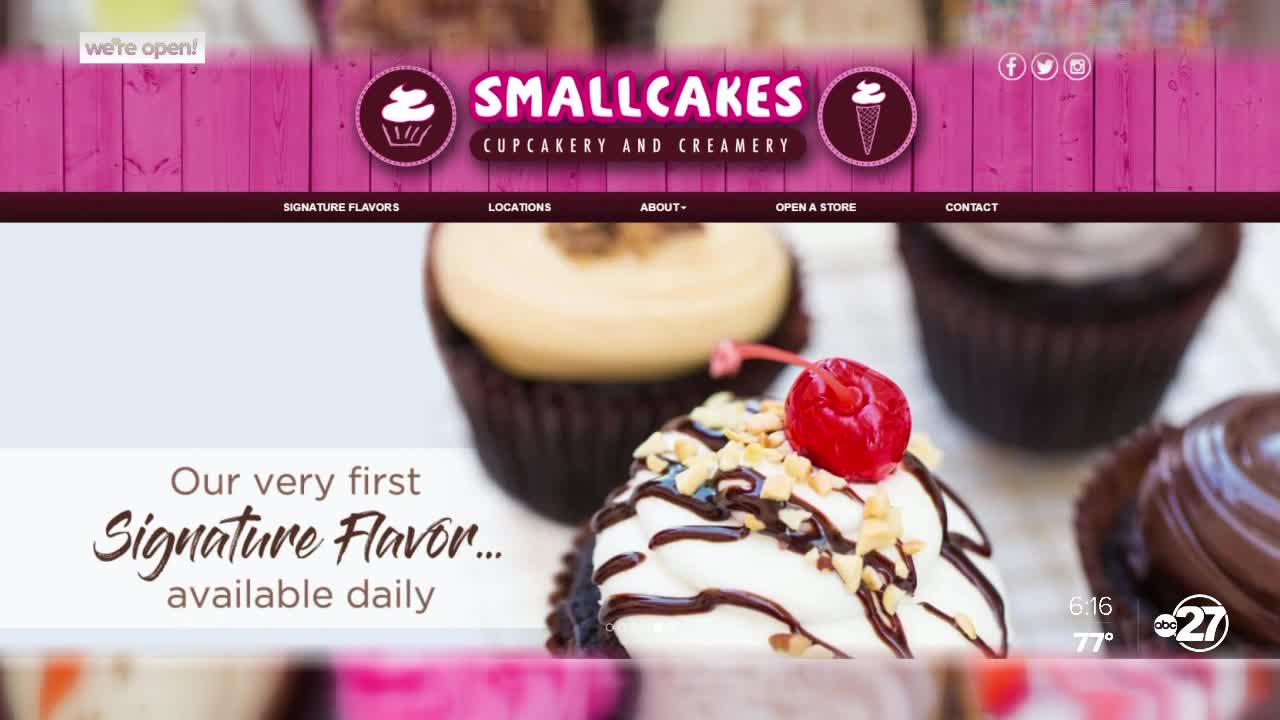 Smallcakes in Tallahassee has been open for more than six years and offers over 250 different flavors of cupcakes.

TALLAHASSEE, Fla. (WTXL) — With the economic uncertainties from the coronavirus, we here at ABC 27 are shining a light on businesses that are doing their part to help out the community while keeping their business open.

Smallcakes in Tallahassee has been open for more than six years and offers over 250 different flavors of cupcakes.

They also began something called the ‘Donation Dozen,’ allowing people to pay for a dozen cupcakes to be dropped off at a business, hospital, or organization of their choice.

Edson, who was born and raised in Tallahassee, says it's important to give back to his community.

"It's a great place to raise my kids and I wanted to make sure my kids saw that we were as involved in the community as we can," Edson said. "So the Donation Dozen, we started that in March. Prior to that, if we had leftover cupcakes we drop them off at the fire station, TMH or either of the ER's just as a 'thank you'."

Smallcakes Tallahassee has two locations, on Apalachee Parkway and in Killearn, are open for take-out. They have not reopened their dine-in facility, for the safety of staff and customers.

If you're a business supporting our community, we want to hear from you.

ABC 27 has made it easy to submit your own business.

This is not just Tallahassee. South Georgia small businesses, we want to hear from you too!

Click on the We're Open, Tallahassee tab at the top of the ABC 27 website. Then, tell us your story by filling out the section to the right.

It's our way of letting people know you are open for business, and how they can support you.

Click here to manage all Newsletters
Tell us your story