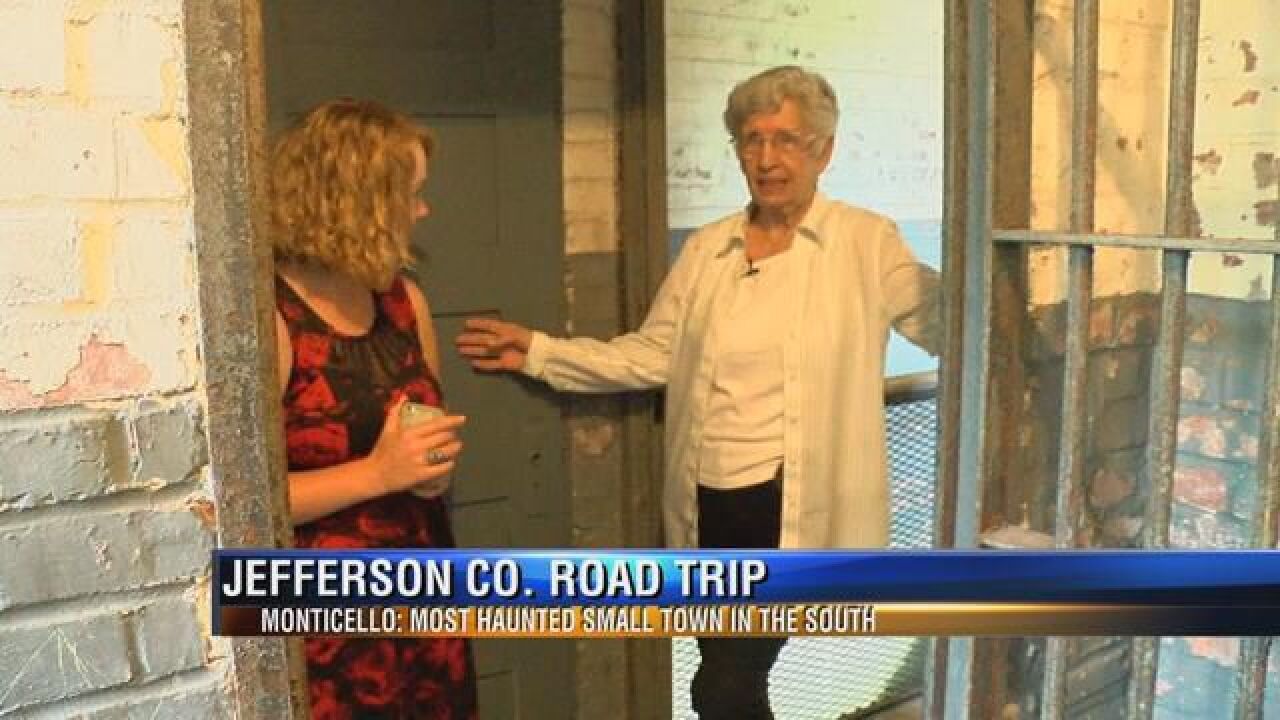 MONTICELLO, Fla. (WTXL) - Historic Monticello Florida. It's a charming small town, and a place where history and heresay collide.

Much to the delight of many a superstitious tourist, history buff, or supernatural hobbyist, Monticello is widely regarded as one of the most haunted small towns in the South.

It is a haven for people like Betty Davis, who founded Big Bend Ghost Trackers. When Davis describes her life, she talks about a string of otherworldly encounters, conversations with ghosts, and psychic experiences. She got "Ghost Trackers" off the ground because she wanted people like her, who believe in a thin veil between our lives and the afterlife, to have a place to gather without judgement and search for hauntings in their communities.

It's also difficult to walk through the cells in the Old Jefferson County Jail, which housed prisoners from the turn of the century until the 1970s, without getting goose flesh.

The building's brick screams truths at historians, demanding more research when the building was originally thought to be a mere 90 years old. Anne Holt, a local historian who published her doctoral dissertation on correctional history, says "You can feel the weight of the years in an old building. A lot of old hard things have happened here."

When you walk through the cells, the floor crackles under your step, chipped paint littering the aging floors. White bricks in the inmate "excercise" area bear notes from prisoners. They bear witness with words like "Disturbed," and ominous phrases like, "I need someone to talk to me about my soul," scrolled over the walls in penmanship no longer taught in schools.

Just a short walk away is the John Denham house. A Bed and Breakfast now, it was originally the home of the Scottish business man whose name it bears. The place is allegedly haunted by the ghost of a former occupant. A school marm named Sarah. Childless and kind, guests report that Sarah helps pat their children to sleep, and tucks adult visitors in at night. Owner Pat Inman says guests have similar experiences, and having never met or talked will recount the same stories after staying in Sarah's room (now appropriately nicknamed the "blue room" describing the color splashed on the walls).

Inman says she first learned the house might be haunted from strangers, and finds the folklore a fun and family friendly feature for her establishment. "Every B&B should have a ghost or two, and we have a ghost or two." She says with a warm smile.

John Denham house is one of fourteen stops on the Historic Monticello Ghost Tour. It is clear the tours are held for entertainment value, and the guides (including Betty Davis) dress in period clothing. The tours are just one way that visitors to the town can take a stroll through allegedly haunted town, blurring the lines between fear and fun and bringing money in to the Jefferson County town.