Woman thought she was having triplets, gives birth to quadruplets for first time in hospital's history 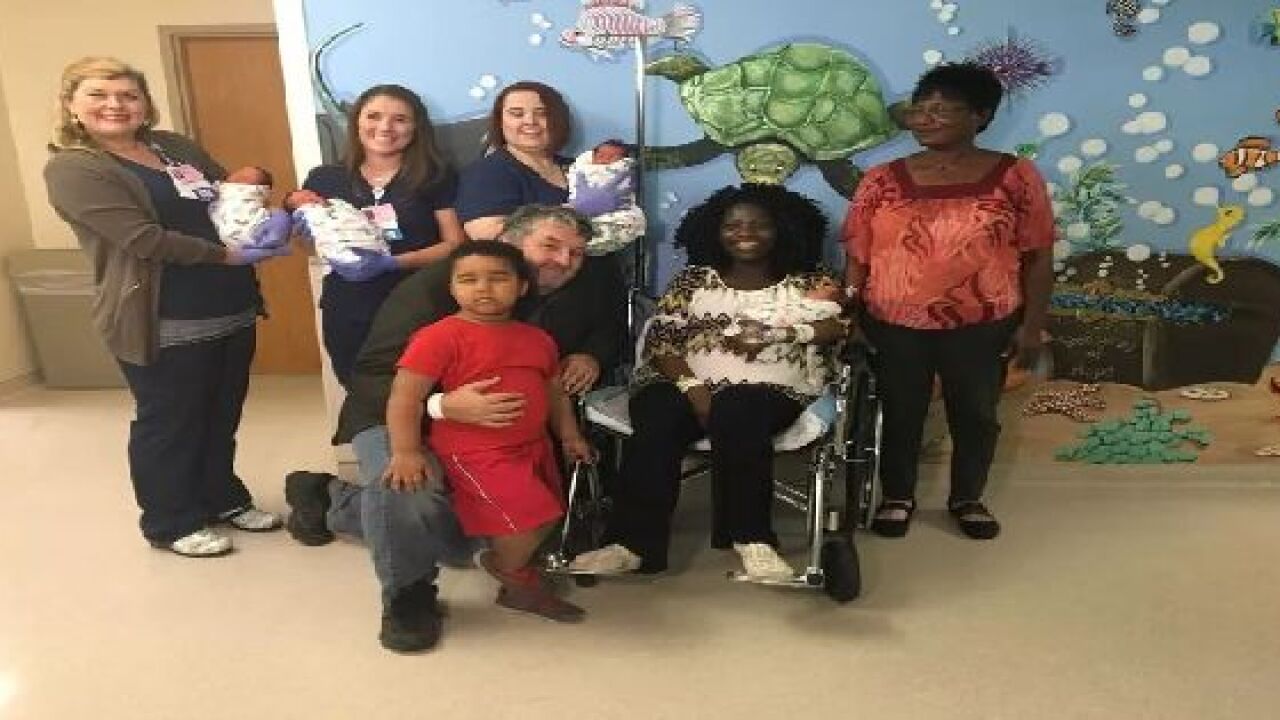 WACO, TX (KXXV) - For the first time in the hospital's 98-year history, quadruplets were born at Baylor Scott & White Medical Center - Hillcrest on May 21.

The hospital said a Waco woman, Vivian Van Gorder, gave birth to two girls and two boys, weighing nearly 20 pounds all together. The babies were born at 33 weeks, 4 days gestation, each weighing between 4 and 5.5. pounds.

Doctors say they were only expecting three babies. The fourth baby was discovered during labor. The three expected babies are named Tristan, Erik and Clare. The family is still deciding on the name for the fourth baby.

"We are working on the baby D name, so if you have any suggestions..." the Van Gorder said.

The babies began arriving at 5:31 p.m. on Monday night.

Erik and Tristan were born first, weighing 4 pounds 15 ounces and 5 pounds 1.7 ounces respectively. Clare was born next weighing 5 pounds and 4.7 ounces. After Clare's birth, doctors noticed the elbow of the unexpected fourth daughter, who was the smallest at 4 pounds 6 ounces.

There was a group of nine people ready to take care of the three expected babies during delivery.

The babies are in stable condition in the Neonatal Intensive Care Unit.

Vangorder found out she was having triplets when she was 18 weeks pregnant.

The new quadruplets were welcomed by an older brother, 10 and two older sisters, 9 and 4. The family's three eldest children were also born at Hillcrest Hospital.