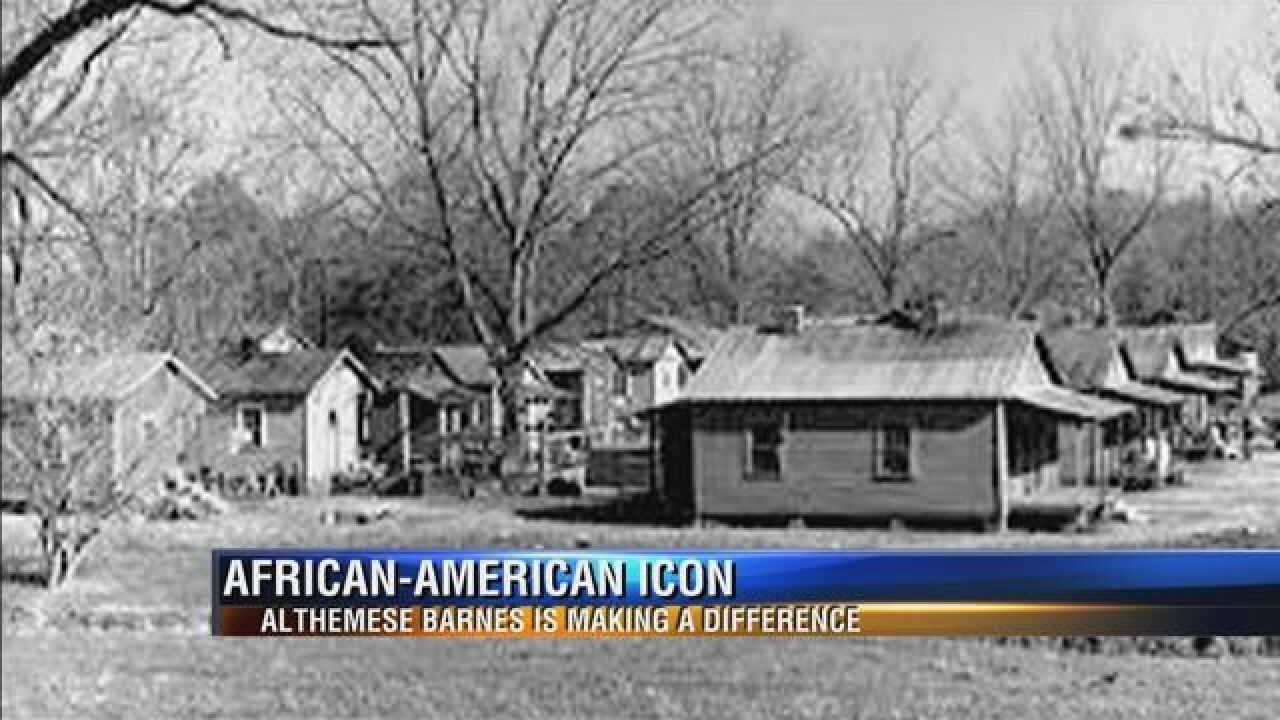 TALLAHASSEE, FL (WTXL) -- Tallahassee is a community well versed in unique qualities and history. Althemese Barnes a Tallahassee Native says passing on that history is vital.

Barnes is a 4th generation Tallahassee native who has worn and continues to wear many hats. She's had an accomplished career with the Florida Department of Education and Labor and is accredited with establishing the Historic John G. Riley House as a center and museum. But it's preserving and telling the stories of Black Americans that she's known best for.

Barnes says, "I think it is very important to make sure that Black History is known because Black History is America's History. You don't have any period in time where the black presence, contributions, accomplishments, struggles, triumphs do not appear as a common thread."

She was accredited with establishing the Historic John G. Riley Center and Museum, a move that set the mold for other Black Americans to preserve their history. And because of her work, people all over the state know about the Riley House.

According to Barnes, "The Riley House was almost lost to us. Mr. Riley was born into slavery, after slavery went on to become a business owner who collected a lot of property. He became the first principal of Lincoln School and served for 33 years."

Barnes has been recognized for many honors over the years.

"I would probably say my work with Historic Cemetery Restoration. I did the Greenwood Cemetery Project and I also did the Old Hickory Hill Cemetery. They were over run and I just felt that they were really important that our ancestors have a nice place to continue their rest."

In 2001 Barnes organized the Florida African American Heritage Preservation Network. It's a Museum Association that has many members and has become a blueprint for similar historic preservation efforts across the country. In 2012 Barnes was recognized by President Obama and appointed to the National Museum and Library Services Board. But most recently it's been her work on Smokey Hollow that's taken center stage.

Barnes says, "As city planners, county planners, Blue Print 2000 were talking about Cascades Park, I started going to the meetings because I knew that what was being talked about as Cascades Park really used to be a black community of over 80 families."

The area was the epicenter of the black community, filled with schools, churches and businesses. It wasn't until the late 1950's and early 60's when the area was revamped for other purposes.

According to Barnes, "You had John Riley who lived in Smokey Hollow, you had Famous Amos the Cookie man who grew up in Smokey Hollow you had the Elderly Brothers who had ties to Smokey Hollow, so we need to make sure that as people walk through Cascades Park and over in the Village they have an opportunity to know that Smokey Hollow did not go away."

Barnes continues to fight for the preservation and honor of black history and the role it played in shaping Tallahassee and North Florida.

Her decades of hard work has made her one of WTXL's African American Icons.