What it takes to create an amazing Christmas light display 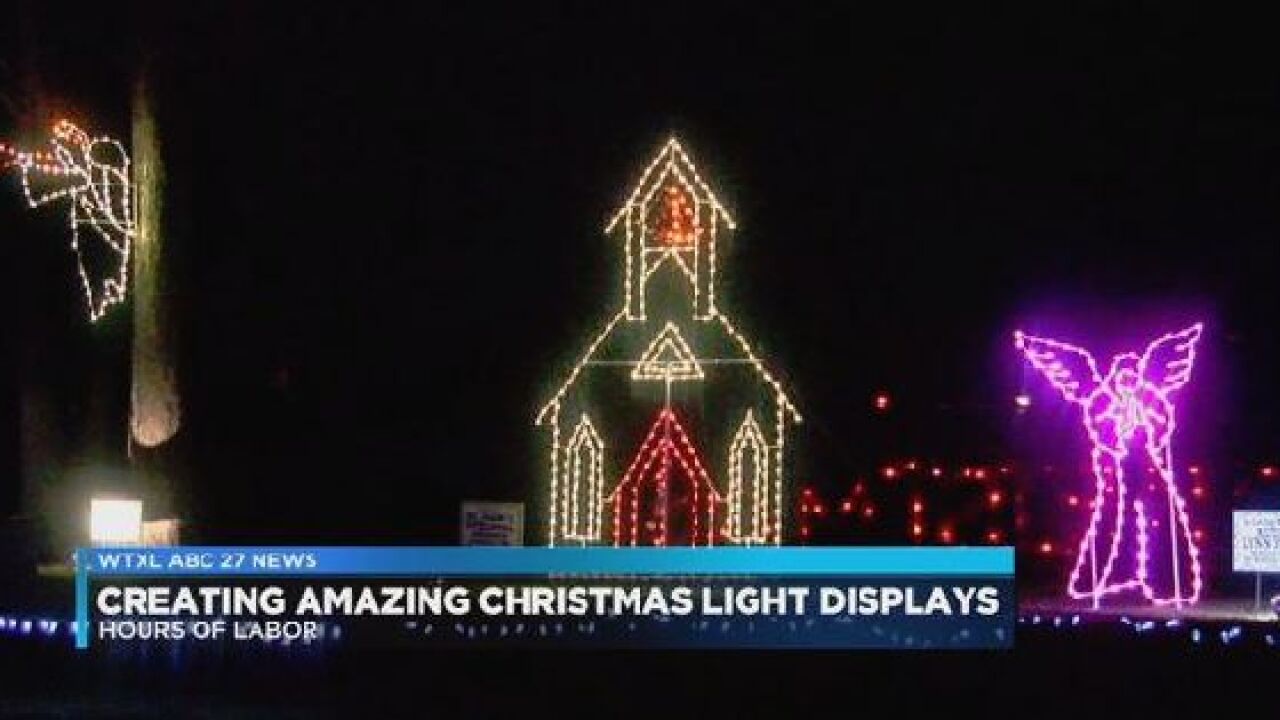 Courtesy: Milwaukee Athletics
What it takes to create an amazing Christmas light display

(WTXL) - Holiday lights. They can sometimes be frustrating, but they hopefully get us in the Christmas spirit.

It's incredible how much time and money go into some of the displays.

From electrical bills to the amount of time to get everything ready, we found out what it takes to wow the community year after year.

"Power, our normal bill is about a $100 a month, this takes up to $600 to $650 a month," said Daniel Allison, Creator of Allison Christmas Spectacular.

A childhood dream is now reality. Allison has had his Christmas Spectacular every year since 2008. Allison has brought the holiday spirit to Sandy Creek Road in Havana.

While he loves what he does, the project requires a lot of work.

"We start in August, so it takes about four or so months to get everything up. I kept a log one year and it took easily over 100 hours," said Allison.

And this display isn't just lights, music and motion are factors as well.

Allison said it takes about 8 hours to program the lights to dance for 1 minute. This year, the spectacular has a six song playlist that lasts for 22 minutes. If you do the math, that means it took 176 hours to program this amazing display.

The amount of time, however, never stops Allison.

"We also added a lot more strobes. Those lights that flash really fast, so we love those. That adds that little extra sparkle to the light show," said Allison.

All that work is also familiar to Julie Harris, Creator of Bainbridge's annual Lights Along the River.

"Setting up and how much time it takes up that was a breeze compared to getting the road cleaned up. The road was completely impassible," said Harris.

All the work, both Allison and Harris say it is worth it to bring some extra Christmas spirit to their communities.

Both of those shows are open each night until New Year's Eve if you want to check them out.