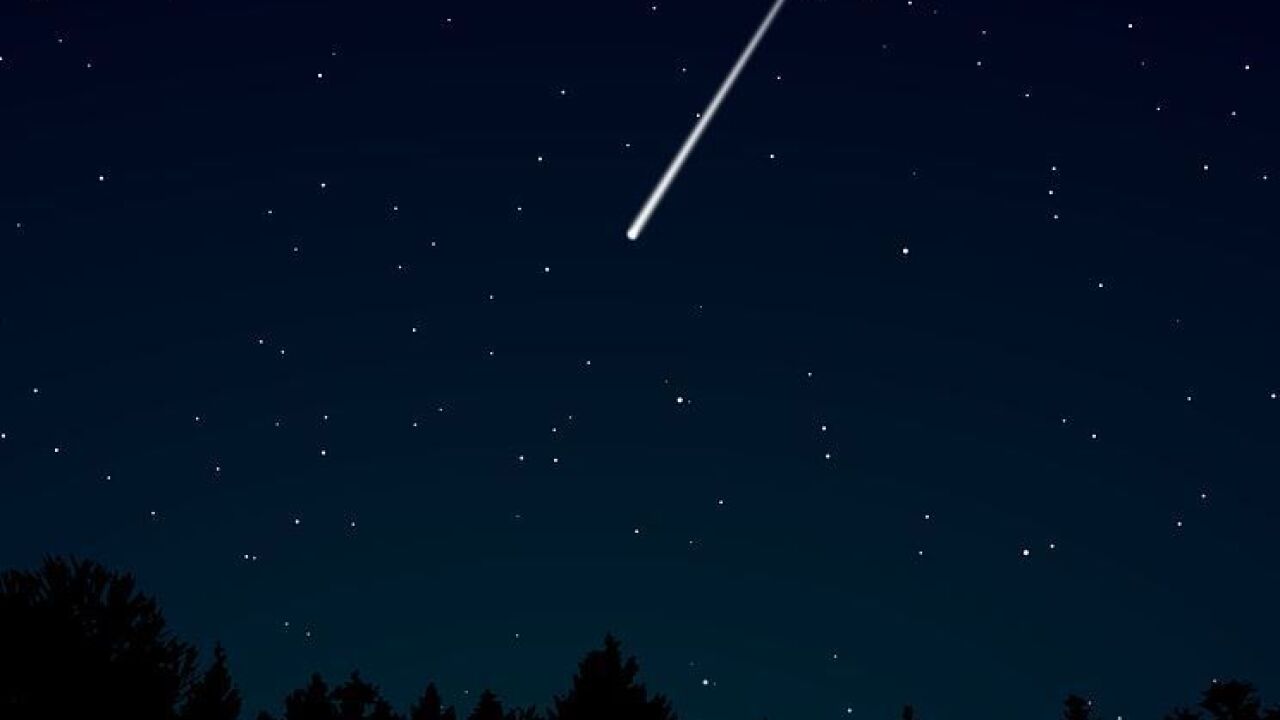 Richard Drew
Look up: The Perseid meteor shower coming to a sky near you this weekend

A heavenly display of “shooting stars” will soon light up the night sky!

The Geminid Meteor Shower will put on a show when it reaches its peak on the night December 13 into the wee morning hours of December 14.

In fact, NASA meteor expert Bill Cooke says it could be the brightest shower this year. According to Nasa, it'll be the last shower of the year.

He told Space.com there won’t be any moonlight to interfere with the Geminids this year.

Not only that, the individual meteors will come fast and furious.

During its peak, you should be able to see more than 1 per minute, reaching about 100 meteors per hour.

When to see them?

The best way to see the Geminds is to go outside between midnight and dawn Friday, Dec. 13 into Dec. 14.

Allow about 45 minutes for your eyes to adjust to the dark.

Lie on your back and look straight up.

The Geminids will put on a show all over the night’s sky.

If you look slightly away from the constellation Gemini, you’ll increase your chances of seeing meteors with longer “tails.”

To see when they will be most visible where you are, check here.

Looking for a good place to watch? Try this:

What am I looking at?

In this case, we’re talking about a near-Earth object known as 3200 Phaethon.

When it comes around the sun, it leaves a dusty trail behind them.

Every year Earth passes through these debris trails.

These bits collide with our atmosphere and disintegrate, which create fiery and colorful streaks in the sky.

The Geminids appear to come from the bright constellation Gemini. In the Northern Hemisphere, you can find Gemini by looking in the southwestern sky for the constellation Orion. That’s the one that has three stars in the hunter’s “belt.”

Tips for becoming a backyard astronomer:

Heartland Weekend asked Jennifer Wiseman for some advice on becoming a backyard astronomer.

Good news: you don’t need anything special to see the Perseid meteor shower.