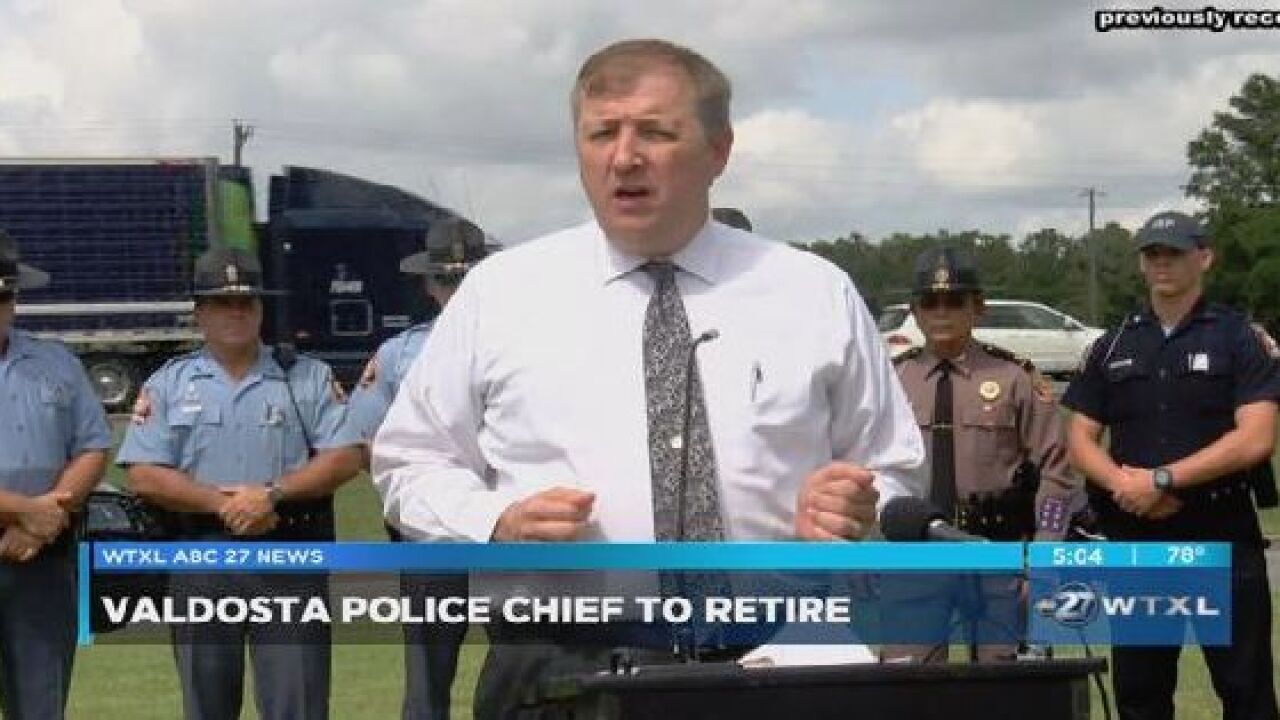 Childress says he is leaving his post with a great deal to be proud of.

He focused much of his time as chief on preventing jueveniles from becoming criminals, arresting people who are committing crimes, and helping to rehabilitate those who committed crimes.

Childress says he will miss the people he served with, but he knows he is doing the right thing by retiring.

Childress says he is not worried about the department, because he has trained good people and he trusts them.

Valdosta will announce the interim police chief on Friday.