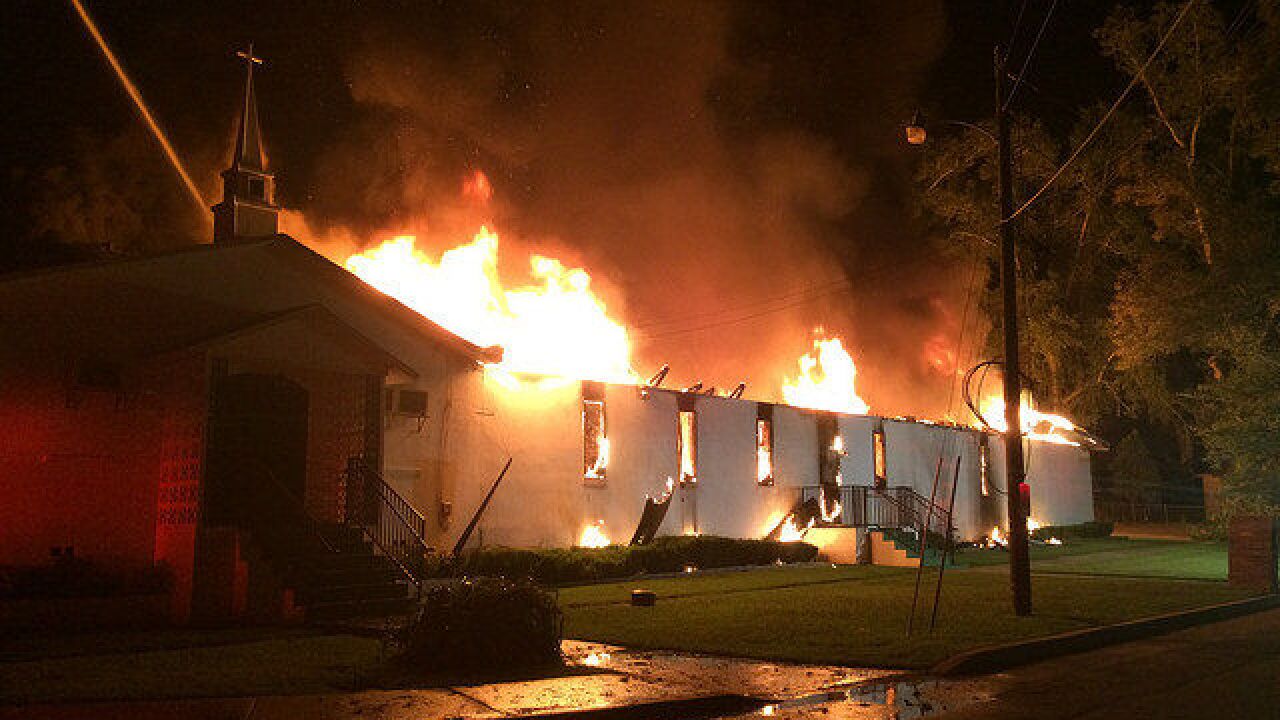 UPDATE, 6/26/15 10:14 P.M. (WTXL) - The Tallahassee Fire Department (TFD) responds to an early morning church fire in the 2200 block of St. Marks Street. Crews say a nearby citizen called in the fire about 5:15 a.m. Firefighters were able to put out the blaze within 30 minutes of arrival.

According to TFD spokesperson, no injuries were reported from the scene and the fire resulted in a total loss, estimated at $700,00.

Tallahassee, Fla. (WTXL)---Fire crews are investigating a structure fire in Tallahassee. Around 5:15 a.m on Friday morning, crews were called out to Greater Miracle Temple on the corner of Wakulla Street and Campbell Street.

No one was inside the church when officials arrived however; investigators are looking into the cause.

This story is developing, please continue to check back with us for the latest updates.