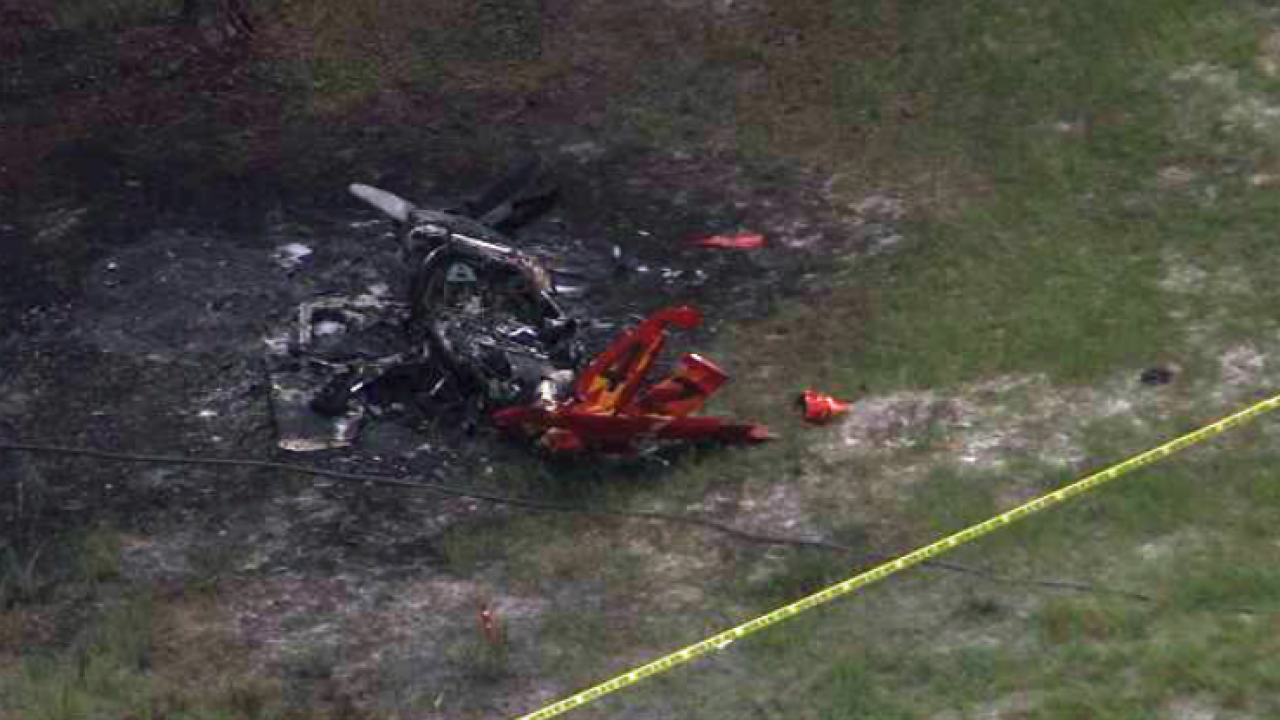 PORT ORANGE, Fla. (WTXL) - A pilot and passenger inside a small airplane have been injured after a fiery crash at a Central Florida airport.

Volusia County sheriff’s deputies responded to the crash around 1:45 p.m. on Cessna Boulevard.

A 911 caller told dispatchers the plane, a single-engine aircraft, had crashed near a runway at Spruce Creek Airport and had burst into flames. He said witnesses were working to pull the occupants out of the plane.

Officials with the National Transportation Safety Board (NTSB) and Federal Aviation Administration (FAA) were notified of the crash.

A cause or circumstances surrounding the crash has not been released at this time.