Trans Am Depot in Tallahassee reflects on Burt Reynold's passing 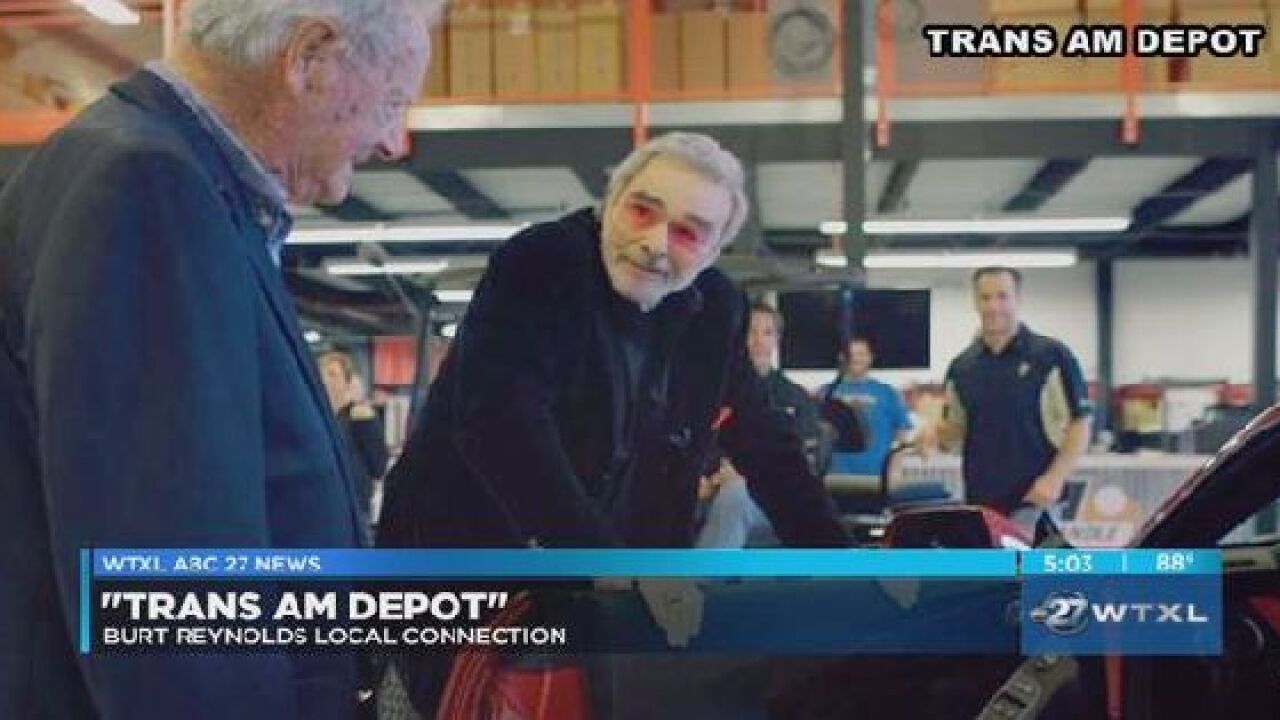 TALLAHASSEE, Fla. (WTXL) - As people continue to remember the great Burt Reynolds, there is one car that is connected with his image: the Bandit 1977 Trans Am.

About two years ago, Reynolds visited the Trans Am Depot in Tallahassee as part of the Bandit program, which built 77 Trans Ams that Reynolds personally signed and the store sold.

One of of the founders for the car shop, says it means everything to have the man associated with the car work with their shop.

"If it wasn't for him, we like the cars, but no one would have ever, it would have never had the fame and the success that it had," said Scott Warmack, the founder of Trans Am Depot. "The whole Smokey the Bandit, that right there made the cars elevate cars way above what they would have been."

Reynolds died Thursday at age 82 due to heart problems.