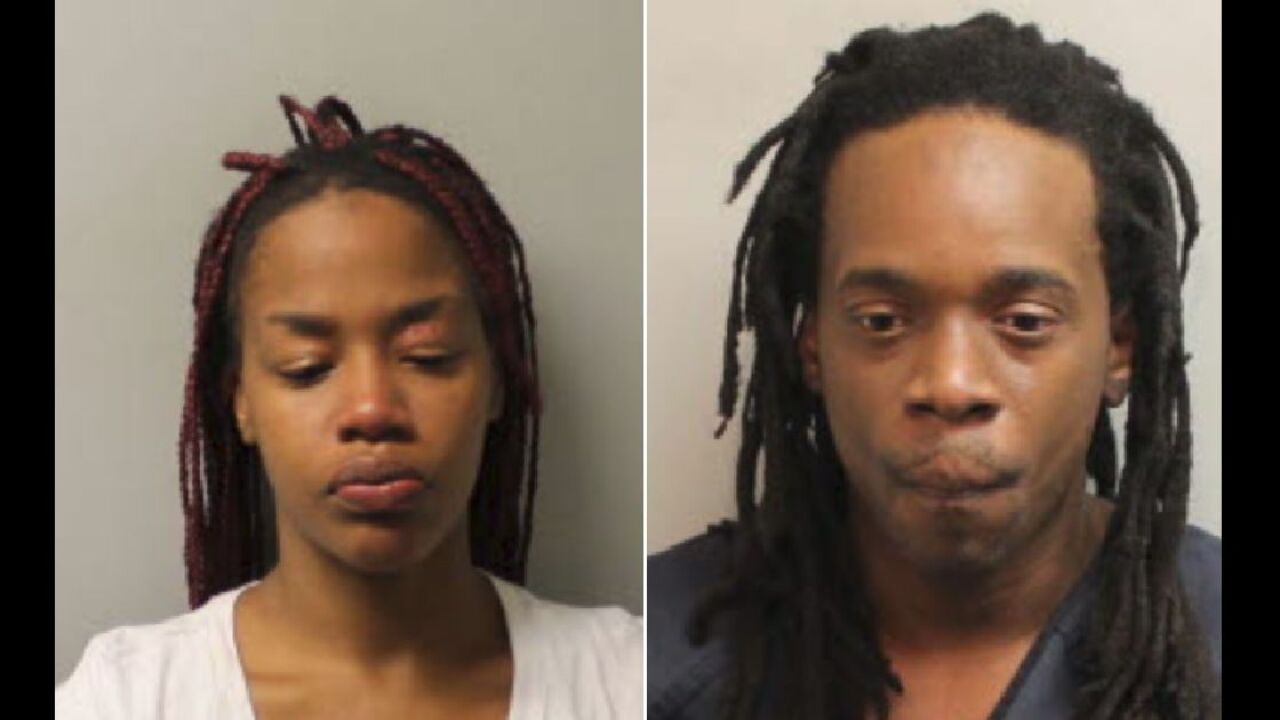 TALLAHASSEE, Fla. (WTXL) - The Leon County Sheriff's Office says a traffic stop for a ran stop sign lead them to discover drugs, ammunition and a loaded AR-15 inside a car.

Kendra Anderson, 26, and Thomas Roebuck were arrested on Sunday after a traffic stop in the 3900 block of Roberts Ave around 4 a.m.

According to arrest documents, a deputy was at the intersection of Nina Road and Jackson Bluff when he noticed a blue Nissan Altima driving south towards the intersection.

The deputy noted that the car failed to stop at a stop sign, turned west onto Nina Road, and illegally passed a car on the road.

As a result of the violations, the deputy stopped the car. When the deputy spoke with the driver, Roebuck, he noticed an odor of marijuana coming from the car.

Documents say the deputy asked the occupants to get out of the car, which included Anderson and another female passenger, so he could search it.

When he did, the deputy found marijuana, cocaine, a loaded AR-15 in the car trunk, a loaded pistol in the center console, as well as 12 bullets inside of a small draw bag.

Both Roebuck and Anderson were arrested for the items.

However, when Roebuck was later searched at the Leon County Detention Facility, jail staff found four small baggies of meth in his pocket.

Roebuck was additionally charged with smuggling contraband into a detention facility and Anderson was charged for resisting an officer without violence.