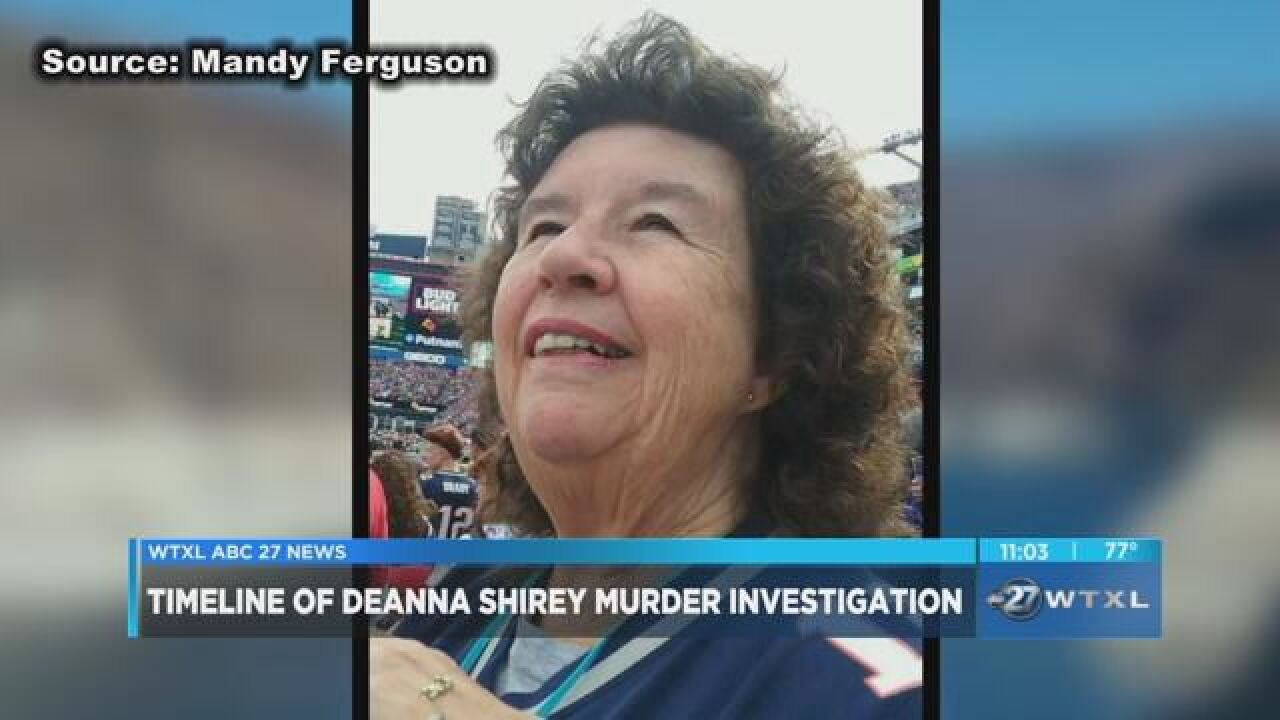 (WTXL) - Here's a timeline of key events leading to the arrest of Robert Carter's, charged in the murder of Deanna Shirey.

Monday, July 2nd - Deanna Shirey's family reports her missing. Police conduct a welfare check at her home on Glennwood Drive. No one answers, but her red Honda SUV is in the driveway.

The next day, July 3rd - Police check her home again. She's still not there, but now neither is her car. It's found, hours later, near Carter Howell Strong Park in Tallahassee.

She's not known to go there.

Two days pass. Then on July 5th Thomasville Police report a woman is assaulted at her home on Sherwood Loop.

The next day, on the 6th, police say Robert Carter II is wanted on charges for the aggravated assault, and he's wanted for questioning in the case of missing senior Deanna Shirey.

That night Carter is accused of holding a family of three hostage in Ochlockonee. He escapes, and a manhunt intensifies.

Sunday, July 8th, Carter is found hiding underneath a bridge on Highway 188 in Thomasville.

Over the next two days, he appears in court to face 22 charges for the aggravated assault and holding the family hostage. The judge denies his bond request. But still, there's no sign of Deanna Shirey.

Friday the 13th - Overnight, a break in the case. Georgia Bureau of Investigation agents say they found Shirey's body, in the backyard of Robert Carter's home on Colton Avenue.

Monday, July 16th - Her body is sent to Macon for an autopsy.

The next day, WTXL obtained documents from the city of Thomasville showing Carter's handyman license expired in 2017, yet he was still doing work for Shirey and others in town.

Then Wednesday, July 18th - The GBI announces Carter is charged with malice murder and concealing the death of Deanna Shirey.

In 16 days, her family has been through a whirlwind of emotions, but says they are thankful for the help of law enforcement, and the community.