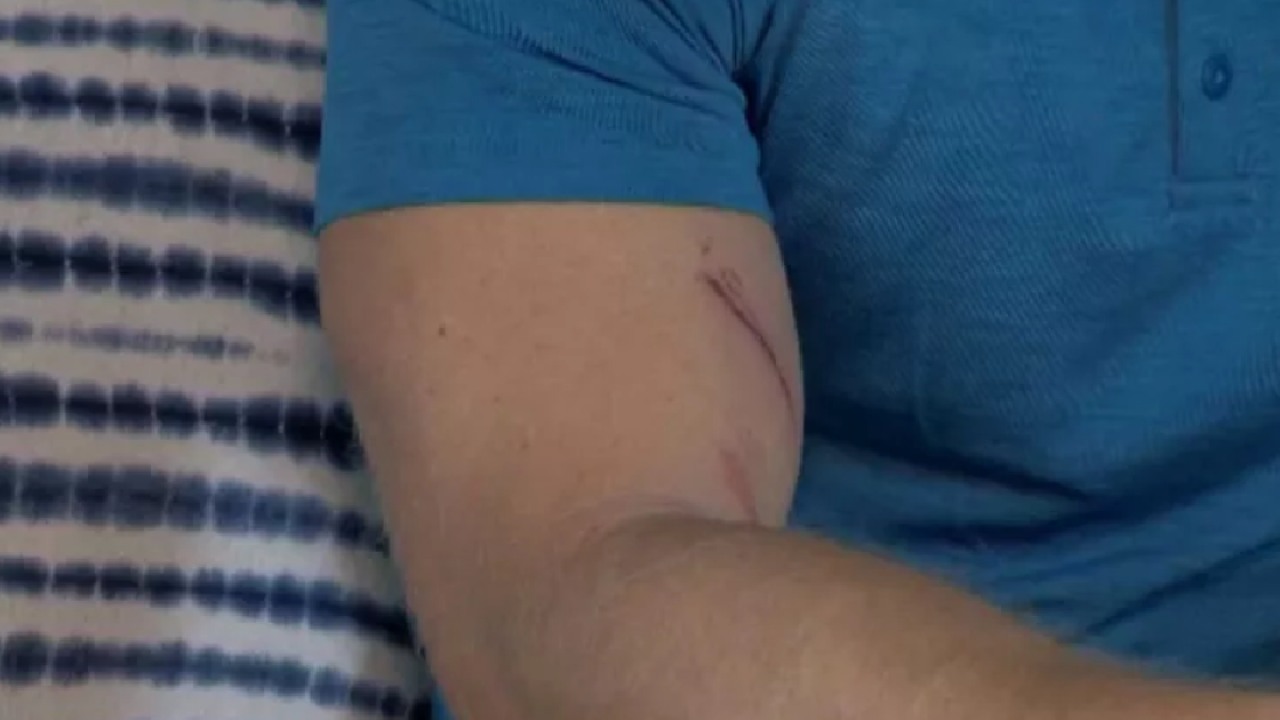 VOLUSIA COUNTY, FL (WESH/CNN) – A Florida man is recovering after a bear attacked him during a hunting trip in Wyoming.

"When that bear did have me by the back of the leg, [I was] thinking to myself that, 'This is it, this is my death. This is how I'm dying,'" Chubon said.

Chubon and Uptain shot an elk Thursday evening, but they couldn't find its body by sundown.

They went out on horseback the next day to find the elk and pull it out of the woods.

But by the time Chubon and Uptain found the body, something else found the two hunters.

"We heard rocks tumble, and all of a sudden we turn around and we see two giant grizzly bears, full charge, coming right at us," Chubon said.

One bear went for Uptain, clawing him.

The bear then attacked Chubon as he tried to load a pistol, grabbing him by his ankles and tossing him off his horse.

"He swiped at me on my arm, and then he went around behind me and grabbed the back of my ankle, and he swung me by his jaws," Chubon said.

He said he threw his pistol to Uptain, but it landed short.

"Somehow, the grizzly let me go and charged Mark again, and that's when I made the decision to just run for my life," Chubon said.

He climbed back on his horse and rode to the top of a nearby mountain to get cell service, WKMG reported.

Chubon was able to phone for help, and was airlifted to a Wyoming hospital to be treated for injuries to his leg, chest and arm.

Authorities found Uptain's body Saturday. He leaves behind a wife and five children.

Officials with the Wyoming Game and Fish Department said they killed a grizzly sow and a cub, which they believe were the same bears that attacked the hunters, according to WKMG.

Emotionally, he's got a long recovery ahead.