The INSIDERS: U.S-Cuban Relations Past and Present 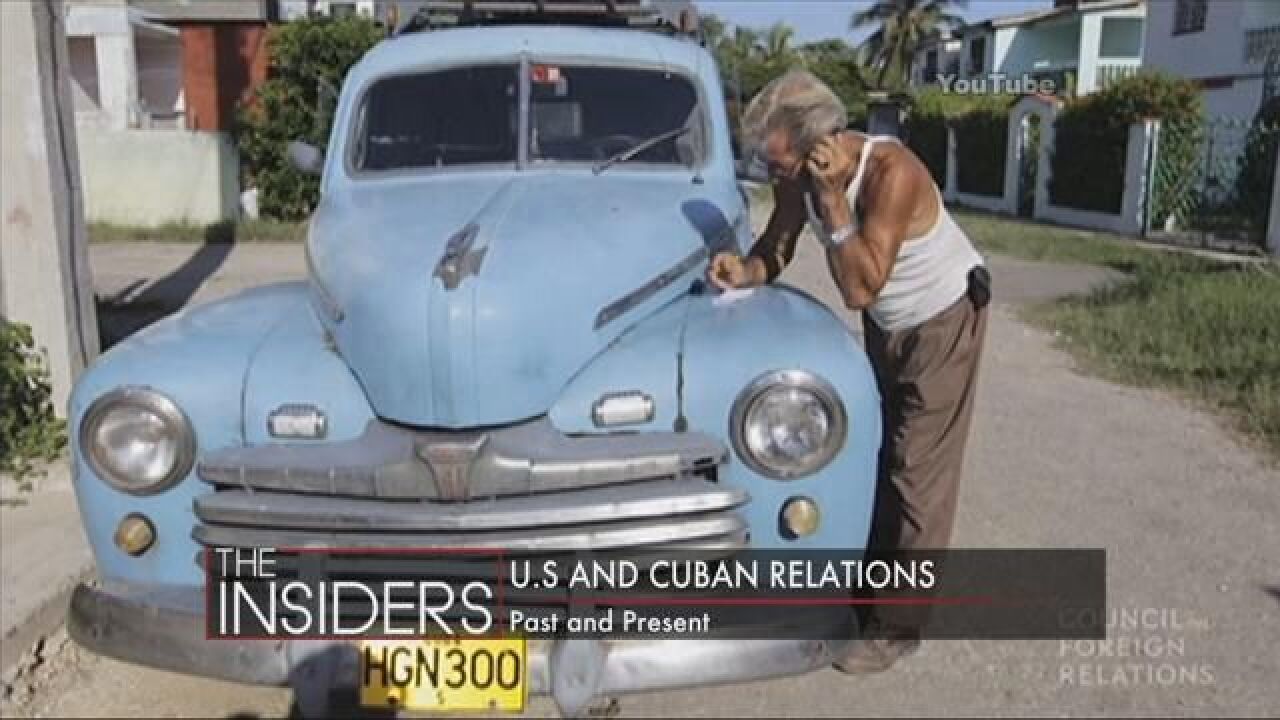 TALLAHASSEE, FL. (WTXL) - Some historians call the recent events between the United States and Cuba, ground breaking. New talks of a new relationship has many excited but cautious of what's to come. While full diplomatic relations between the U.S. and Cuba have recently been restored, What does it all mean for Americans and is Cuba ready for the influx of visitors?

Ties between the U.S. and Cuba go back to 1898, to the end of the Spanish-American war. A defeated Spain signed the rights to its territories including Cuba, Puerto Rico and Guam over to the United States.

The U.S. granted Cuba its independence in 1901 with the stipulation that the U.S. could intervene in the country's affairs at any time. Then came the Cuban Revolution and everything changed. In 1959, when Fidel Castro and his freedom fighters successfully overthrew the government of President General Fulgencio Batista.

In 1960, Fidel Castro has gained control of Cuba and his government has begun straining relations with the U.S. after taxing American products so heavily that U.S. exports were cut in half in just two years. President Eisenhower responded by imposing trade restrictions on everything except food and medical supplies. But it was Castro's expanded trade with the Soviet Union that forced the U.S. to cut all diplomatic ties, President Kennedy issued the permanent embargo on Feb. 7, 1962.

FSU Associate Professor of History Dr. Alexander Avina says, "One of the things that always surprises my students is how the U.S. Media tended to cover the Cuban Revolution from when it began in 1956 even up to 1959 after the ouster of Batista and how figures of the Cuban Revolutionary movement like Fidel Castro would go on Meet the Press, go on Face the Nation, Czech Ibarra, Fidel Castro they were in they U.S. They were like rock stars. They were seen as Freedom Fighters."

Historians say, the darkest moment in the country's relationship came on the morning of October 15, 1962 when U.S. spy planes discovered evidence that the Soviet Union was building missile bases in Cuba. For the next 12 days the U.S. and Russia were locked in a nuclear face-off. It was dubbed "The Cuban Missile Crisis" and only ended after Nikita Khrushchev accepted Kennedy's proposal to remove U.S. missiles in Turkey in exchange for the de-arming of Cuba.

According to Avina, "After the Cuban Missile crisis President Kennedy issued some pretty severe travel restrictions going to Cuba and on the purchase of Cuban goods or the transport to the United States. President Kennedy issuing Operation Mongoose, which is a low intensity terrorist campaign against the Revolutionary Cuban Government, where you would have people from the U.S going into Cuba and burning sugar cane fields, infecting pig herds with swine flu, blowing up sugar mills, blowing up ships."

The decades to come will be some of Cuba's toughest, with sanctions from the United States.

Avina says, "The worst part was the special period during the 1990's after the Soviet Union collapsed and the Cuba lost the system that supported them economically. There was starvation, there was horrific living conditions, so it's a economically and socially difficult place."

In 2014 things changed, after a prisoner exchange with Cuba, Presidents Barrack Obama announced moves to reestablish diplomatic relations and to loosen travel and economic policies. In January 2015 President Obama officially expanded the categories of authorized travel to Cuba

Gil Gamache the Owner of Sun World Travel says, "It's a very mysterious place at this point. It's been embargoed by the United States since the late 50's and there is always a curiosity to go to places that you can;t go and been forbidden to go for so long. It's been in a time warp since the late 50's early 60's, nothing has really changed very much there."

Gamache believes that's about to change. U.S. cruise lines are proposing educational tours and several ferry operators have proposed re-establishing regular service between Florida and Cuba. There are multiple daily flights from Miami and more flights being added from destinations such as Tampa, New York and Orlando operated by major carriers including American and JetBlue.

According to the New York Times, Cuba is really not ready to receive a huge influx of visitors, particularly from the United States. They say Cuba doesn't have enough good hotels, and the infrastructure is in terrible shape. U.S. credit cards still aren't accepted and technology is lacking when it comes to cell service and internet access. While traveling to Cuba is still a hassle and legally murky, many U.S. travelers think now is the time to come.

Gamache says, "If you go down there now I think you'll probably get a much more authentic representation of the Island then if you wait. After awhile it's going to become somewhat Americanized as close as they are."

After more than 50 years of cold-war-era sanctions, a United States flag flies high in Cuba. For many Cubans its mark­s the be­gining of a new time and hopefully better future.

A Pew Research poll found 63% of Americans supported resuming diplomatic relations, and 66% would like an end to the trade embargo. If you have a story idea for The INSIDERS email us at ABC27News@WTXL.TV