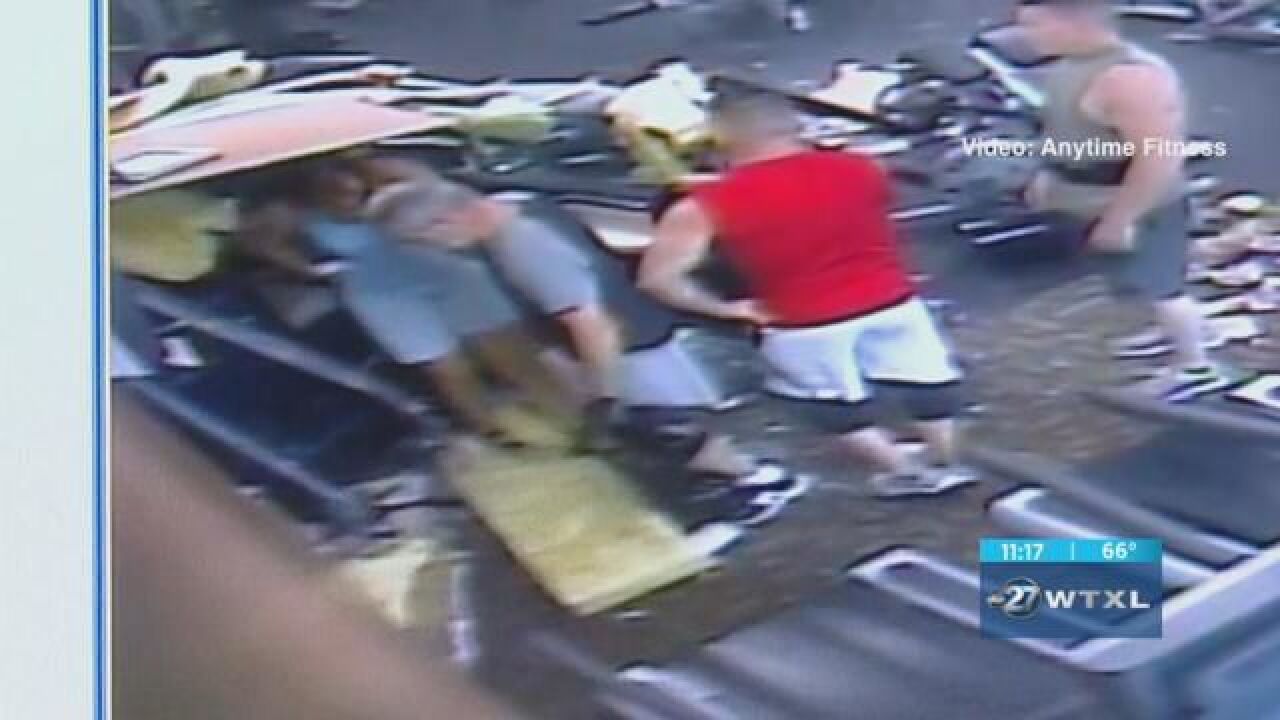 TAMPA, Fla. (WTXL) - A driver crashes into a Central Florida gym barely missing a man getting off a treadmill.

Gym's surveillance video shows just how close a car came to hitting Ted Hoeller at an Anytime Fitness in Lutz.

After a dazed moment, multiple people helped pull the driver out of the Tesla.

"So, I went over and tried to open the door on the driver's side and it was jammed too much and the lady in there she was just so upset," said Hoeller. "She was crying and shaking."

They ended up helping her out through the passenger side door.

She later told investigators she was trying to brake but says her Tesla accelerated instead.

Tesla vehicles have an autopilot mode that handles some functions for drivers.

That technology has been a factor in crashes before but it's unclear if it was activated during this incident.