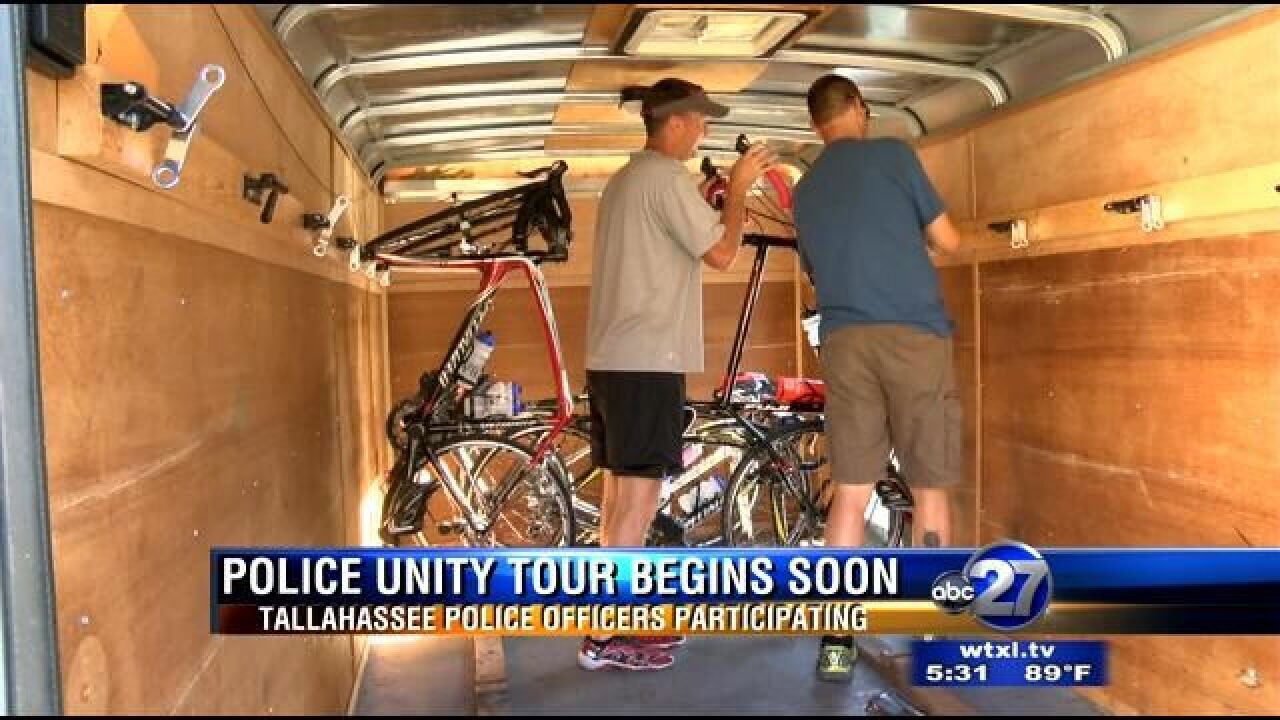 Photo: MGN Online
Tallahassee Officers to Bike Hundreds of Miles to Honor Those Killed in the Line of Duty

TALLAHASSEE, FL (WTXL) -- Some Tallahassee Police officers are swapping out their uniforms for cycling jerseys to honor those killed while serving and protecting others.

Officers are gearing up for the annual Police Unity Tour where they ride about 250 miles in honor of those killed in the line of duty. They'll be riding their bikes from Portsmouth, Virginia all the way to Washington D.C.

Wednesday morning they loaded up their bikes and secured them for a long trip. A group of about 20 people from the Tallahassee area are going.

They'll ride with a couple hundred other law enforcement officers from around Florida, North Carolina, and Georgia. But it doesn't stop there. "We will then meet with a larger group of around 1200 to 1500, from all over the country and all over the world," said Officer Northway.

Training has been extensive and the cyclists have rode hundreds of miles in preparation for the big journey. They say it's well worth it, to remember those fallen heroes.

"There is a possibility that tomorrow my partner, my wife, may not come home from work because she is a police officer. We have two small children. You can't explain that to a six year old or eight year old that mommy's not coming home or daddy is not coming home," says officer Dave Northway

Officer Northway has participated in the Police Unity Tour for 8 years, and this year he'll do it again, along with others like Officer Tim Clark.

"It doesn't matter if you know them. They're a fellow officer. Their sacrifice and the sacrifice for their family is what's important. You have to honor that," says Office Clark.

The brother of the Leon County Deputy Chris Smith who was killed in the line of duty is also taking part in this Police Unity Tour.