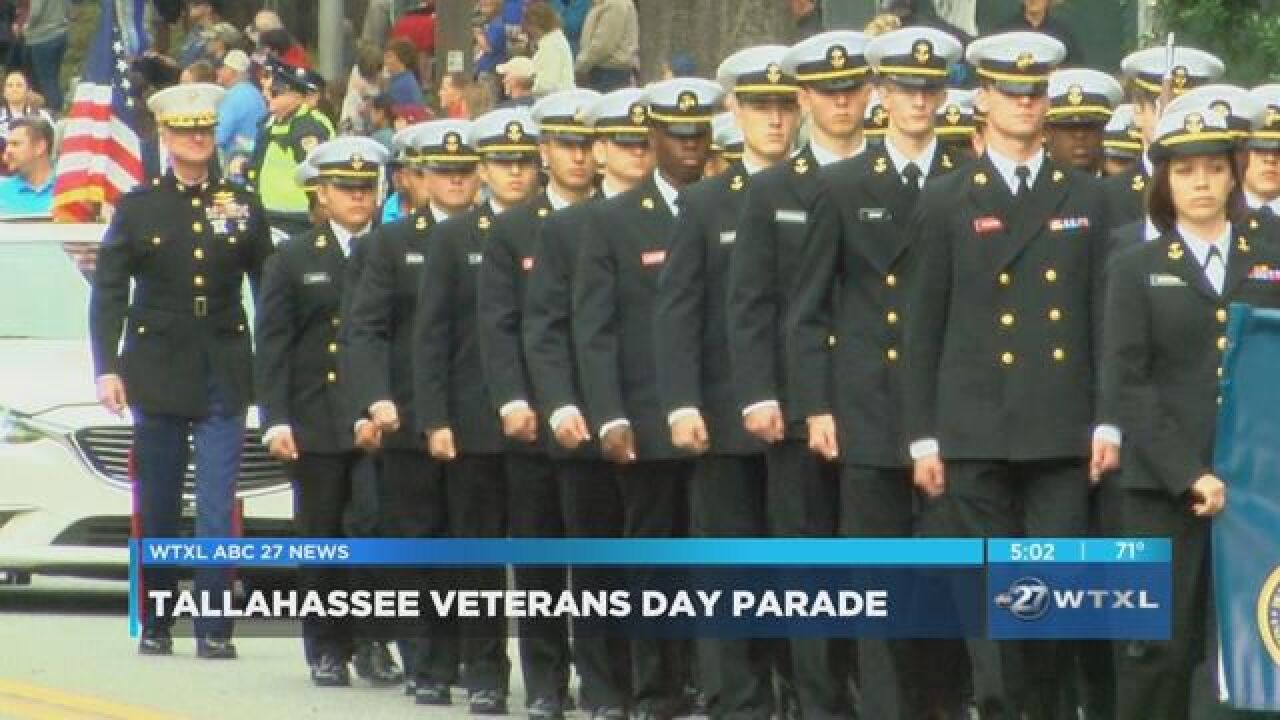 The theme this year was World War I.

The Parade stopped in front of the capitol at 11 a.m. for the 11th hour of the 11th day of the 11th month ceremony.

During the ceremony, Taps was played and a 21-gun salute marked the end.

The ceremony serves as a reminder of the end of the War to End All Wars, which ended 100 years ago Sunday.

Residents say they enjoyed the parade.

"I liked it. It's the first one I've been to in a long time, but I thought it was great," said Frank Mix. "Never forget that there are people serving even now to keep these streets free, to keep us from having to be the ones fighting."

Bands like FSU, Chiles High and Rickards High all performed.