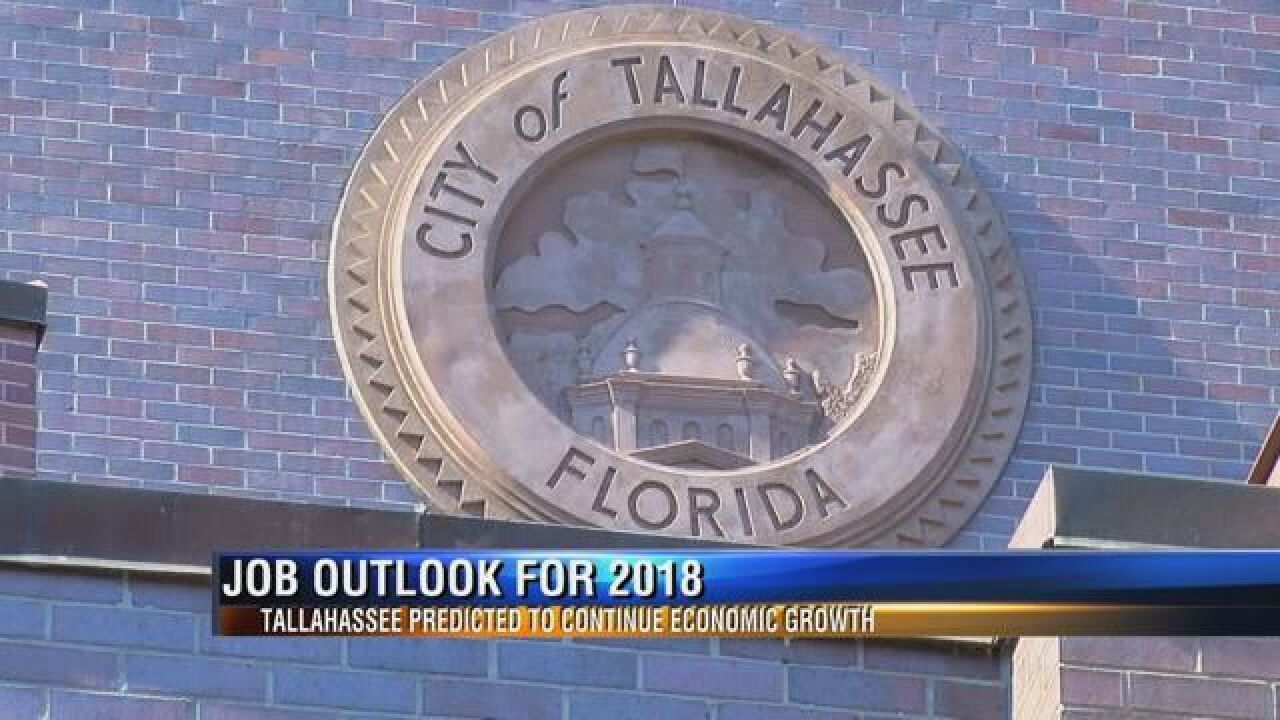 According to labor department, figures released today say December was the 87th straight month of job growth, the longest streak on record.

Wages were also up, and unemployment held steady at a 17 year low of 4.1 percent.

WTXL ABC 27's Stephen Jiwanmall gives you a look at local job in 2018.

Jobs keep coming to the Tallahassee area and it's an upward trend that's expected to continue into the new year.

2017 was a year of unprecedented job growth in the capital city. The greater Tallahassee Chamber of Commerce has been watching the number of local jobs climb each month.

The reality seems quite different from a new report by financial website Wallethub ranking 2018's Best Places to Find a Job out of 182 cities in the country, Tallahassee is number 106.

That's still higher than Philadelphia, Houston and Chicago, but the chamber says one sector in particular is sparking more job opportunities.

According to the office of Economic Vitality, Tallahassee has the fastest-growing economy per capital in the state.

The Tallahassee Metropolitan statistical area has around 184-thousand non-farm jobs surpassing numbers from before the recession and creating new records for the region.

A quick side note, the Wallethub study also ranked Tallahassee second in the country for shortest average work and commute time.

The city commission plans to talk about the local economy at its retreat next week.